Jerusalem Syndrome: the madness that grips foreigners on the streets of the holy city

Psalm 122:6  Pray for the peace of Jerusalem; they shall prosper that love thee. 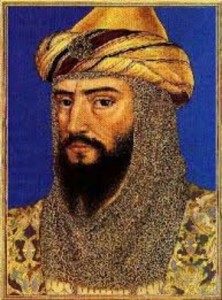 Almost a year ago we ran a post about Jerusalem titled, What is Jerusalem Worth? and in light of what’s occurring in Jerusalem, today’s post will focus on the commentary and video (see below) given there.

Years ago I watched a movie called “Kingdom of Heaven.” It was about the battle over Jerusalem in the 12th Century between the Crusader Knights and the Muslims, led by their general Saladin. The movie was based on a true event, but it was highly dramatized for Hollywood. The movie is very inaccurate in many ways, and I don’t really recommend watching it.

What is of real interest, is that at the end of the movie, the Crusading defender, Balian, was surrendering Jerusalem, and he asked Saladin what Jerusalem was worth. Saladin’s answer was. “Nothing; everything.”

I thought the surrender was dramatic and worth your watching. I made a short clip for your viewing which is embedded below.

This battle over Jerusalem took place in 1187, and now it is almost 900 years later. The battle for Jerusalem is once again getting very intense. This time the Jews are back in the land, and Jerusalem is the capital of a Jewish state. This coming battle is not between the Catholic church and the Muslims, but it will be between the Israelis and the Muslims. The Israelis return to the land is based on the everlasting covenant God made with Abraham, Isaac, Jacob and their descendants. This battle is between the Holy God of Israel and allah.

Nine-hundred years later, once again Jerusalem is the center of world attention!

This coming battle with the Muslims over Jerusalem will break Islam. God is about to destroy Islam over Jerusalem. It also will light the fuse to Armageddon and the second coming of Jesus Christ.

When watching the clip, it will seem as if Saladin made generous surrender terms, but in reality the Crusaders paid a ransom for everyone in the city.

Zechariah 14:2  For I will gather all nations against Jerusalem to battle; and the city shall be taken, and the houses rifled, and the women ravished; and half of the city shall go forth into captivity, and the residue of the people shall not be cut off from the city. (3) Then shall the LORD go forth, and fight against those nations, as when he fought in the day of battle. (4) And his feet shall stand in that day upon the mount of Olives, which is before Jerusalem on the east, and the mount of Olives shall cleave in the midst thereof toward the east and toward the west …

Jerusalem Syndrome: the madness that grips foreigners on the streets of the holy city 03/29/16  Jerusalem not only drives people but entire nations mad. The nations are obsessed with the city being the capital of Israel and want it divided at all costs. The UN holds emergency meetings if the Israeli’s want to build homes in the city! The Muslims want to form a caliphate to kill all the Jews, destroy Israel and make Jerusalem the capital of this caliphate.

The Bible even states just prior to the Second Coming of Jesus Christ that a madness will overtake the nations because of Jerusalem.

Zechariah 12:3  And in that day will I make Jerusalem a burdensome stone for all people: all that burden themselves with it shall be cut in pieces, though all the people of the earth be gathered together against it. (4) In that day, saith the LORD, I will smite every horse with astonishment, and his rider with madness:

“There is something about ancient Jerusalem, a disputed city that is so important to people of three faiths, that attracts – or perhaps even causes – a special kind of madness.

“These are just a few examples of what has come to be known as the Jerusalem Syndrome: a well-documented phenomenon where foreign visitors suffer psychotic delusions that they are figures from the Bible or harbingers of the End of Days.

Israel’s health ministry records around 50 cases a year where a tourist’s delusions are so strong that police or mental health professionals are forced to intervene. Many more incidents go undocumented on the streets of Jerusalem’s Old City.

The city’s hospitals are expecting fresh cases as tourists flock to Jerusalem for the Easter weekend and doctors are preparing now-familiar routines of alerting foreign embassies that one their citizens believes he is John the Baptist or King Solomon.” 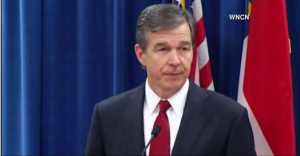 North Carolina Attorney General Roy Cooper won’t defend transgender law in court 03/29/16  This is mind numbing that the NC Attorney General will not defend a law that keeps men out of women’s restrooms!

Look how fast America is falling. Look how far and wide the reprobate mind has penetrated to all levels of the nation.
We are living with untold millions of people, with many in high places of power, whom God has given over to delusions. This delusion is that if a man thinks he is woman – then he is a woman!

Isaiah 66:4  I also will choose their delusions, and will bring their fears upon them; because when I called, none did answer; when I spake, they did not hear: but they did evil before mine eyes, and chose that in which I delighted not.

“Attorney General Roy Cooper, who is challenging Gov. Pat McCrory for governor, spoke out against House Bill 2 Tuesday morning during a press conference.
Cooper said his office, “will not defend the constitutionality of the discrimination in House Bill 2.”
McCrory signed the bill, called the Public Facilities Privacy & Security Act, last Wednesday after it was passed by the North Carolina Senate.
The law was in response to Charlotte’s nondiscrimination ordinance that allowed transgender individuals to use public bathrooms of the sex with which they identify.
Cooper said HB2 is at odds with specific employment policies that are in place to protect workers based on gender identity.
“We will argue it is unconstitutional as part of our defense of existing employment policies in the Attorney General’s and State Treasurer’s Office,” Cooper said.” 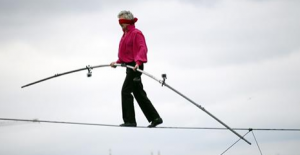 It has become a real balancing act over the global economy

If people take money out of the bank and hide it, rather than lose on negative rates, why put it back it the bank for low positive rates? They are breaking the bond between the banks and the people.

“Negative rates are now the policy of the European Central Bank, with a deposit rate of minus 0.40%. Ditto for Switzerland, where the rate is minus 0.75%. In Sweden, the rate is minus 0.35%. The Bank of Japan too has announced negative interest rates, of 0.10%.
More than $26 trillion of government bonds now trade at yields of below 1%, with around $7 trillion currently yielding less than 0%. Government bonds in Germany with a maturity of seven years are trading at negative yields, while Swiss and Japanese government bonds out to 10 years trade at negative yields.
Negative yields mean that if an investor places a deposit with a bank, at maturity the investor receives an amount less than the original investment. In effect, the depositor pays to place money with the bank. In the case of bonds, negative yields mean that investors accept an economic loss, as the price paid by the investor is greater than the present value of the interest payments and principal repayment for a security.
Negative real rates entail return on the amount invested but loss of purchasing power because inflation rates are greater than the return. Negative nominal rates involve a guaranteed loss of capital invested.
Yet negative rates so far have not boosted growth or inflation. Instead the policy is creating serious economic and financial distortions.” 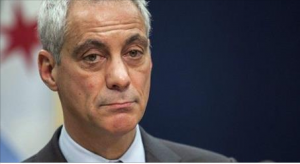 Chicago Debt Downgraded to Near ‘Junk Bonds’ 03/29/16  The junk bond rating matches the moral condition of Chicago. Look at how everything levels out with the sin of a city or nation.

This is the city did not want Chick-fil-a because of its marriage stand, but yet it honors Louis Farrakhan.

It is the murder capital of the nation, with no end to the carnage in sight. It appears that very soon it will be bankrupt, which fits the wickedness of this city that continually elects these terrible politicians, who then lead it into destruction.

“Fitch stated that last week’s Illinois Supreme Court decision voiding a law aimed at boosting funding for two of the city’s pension funds was “among the worst of the possible outcomes for the city’s credit quality.” The agency’s credit analysts warned that the rating could be downgraded further in the absence of “a realistic plan that puts the pension funds on an affordable path toward solvency.”
Chicago’s debt rating was slashed two-notches to BBB-minus, which is just one step above “junk.” The new rating affects $9.8 billion of the city’s general obligation bonds (GOs) and $486 million of sales tax revenue bonds.
In what was considered a controversial decision last May, Moody’s Investor Services cut Chicago’s credit rating to junk by chopping it rating by two notches from Baa2 to Ba1.”