Luke 22:25 And he said unto them, The kings of the Gentiles exercise lordship over them; and they that exercise authority upon them are called benefactors.

Michigan’s governor is a real tyrant, and these tyrants now are clearly manifesting themselves across America. Who, but a tyrant, would block the sale of garden equipment and seeds! This takes the Hard Left insanity to a new level for all of us to witness!
God is letting us see with extreme clarity the thinking process of these people and just how dangerous they are. What I could see coming is a real food shortage and not allowing us to grow our own food. Think of this: people in the cities can’t grow their food and these are the ones who vote for her, but people in country can grow their food and they vote for Trump. Could this reasoning be behind what she just did? I think the demon-dems are so vile that this is the reason she did this.

May the Holy God of Israel and protect you.

Luke 22:26 But ye shall not be so: but he that is greatest among you, let him be as the younger; and he that is chief, as he that doth serve. 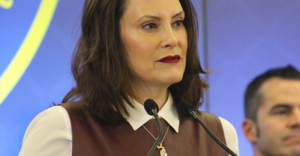 “Michigan Democratic Governor Gretchen Whitmer’s latest executive order deems a number of home-improvement and gardening items — including fruit and vegetable seeds — “non-essential.”
In addition to enforcing social distancing measures and limiting the number of people in the stores that were allowed to remain open — in order to slow the spread of coronavirus — Whitmer’s April 9 order also gave explicit instructions with regard to items that could not be sold as they were considered “non-essential.”

The restriction on gardening supplies struck a nerve, which came just as the weather was beginning to warm to the proper temperatures for most early planting.”

MORE CRAZINESS FROM THE MICHIGAN GOVERNOR 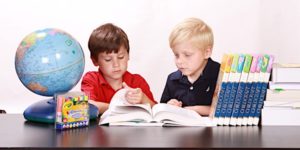 “Governor’s coronavirus order ‘bans homeschooling'” It is getting clearer by the day what the Hard Left want to do to the American people. I call them “Tiny tyrants” and ruthless use of power is really becoming clear. There are reports from all over the country about abuse of power by mayors, police and governors.
God is showing us what these people plan to do if they gain complete power! We need the church to rise up with fire in the belly for an outpouring of the Holy Spirit to arrest the spirit of antichrist which is driving the Hard Left.
Remember, there is a cure for the Wuhan virus which the President made Hydroxychloroquine available to us, but the Hard Left is ignoring it, so they can keep this charade going on. It is not for our benefit, but for their power!

“The Great Lakes Justice Center calls upon Gov. Whitmer to correct this unconstitutional action and assure parents in Michigan that they may continue to safely home school their own children while the EO is in effect,” the organization said in a statement Thursday. The April 2 order states “in-person instruction for pupils in kindergarten through grade 12 … is suspended for the remainder of the 2019-2020 school year.” 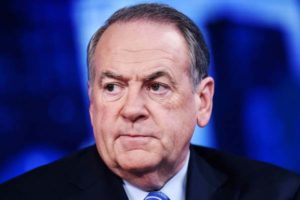 “Mike Huckabee Files Federal Lawsuit Against County and Law Enforcement For Blocking Use of His Private Beach During Coronavirus Lockdown”Wow, this is exactly what is needed to test what is happening. The action by the federal court is very important to see if our rights are protected by the courts. If not, We The People need to think this over about how far we are going to let these despots go.
There is a CURE for the Chinese virus. There is NO need for this extreme action. This is a power play agaisnt us to see how far we are going to let go with our rights. If the courts go against us, President Trump needs to take immediate action to stop this fascist action against the American people.
I will watch this very closely and report what is happening. Wow, what times we are living in.

“Former Arkansas Governor Mike Huckabee has filed a lawsuit against Walton County in Florida, and their Sheriff’s Office, for threatening to arrest him and his neighbors if they use their private beaches.

Huckabee teamed up with several other residents to file a federal complaint over a county ordinance that closed all beaches, including the ones on private property, which they contend stops them from “being able to use or even set foot in their own backyards.”

The lawsuit was filed on Monday in the U.S. District Court for the Northern District of Florida and argues that their constitutional rights are being violated by the social distancing orders. They are seeking an injunction to stop the ordinance from being enforced. Their argument is that the order constitutes a “temporary taking” of their private property in violation of the Fifth Amendment of the U.S. Constitution.”

HARD LEFT VS THE PEOPLE 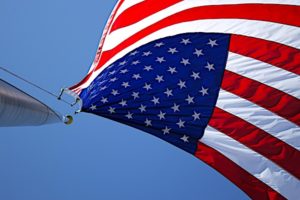 “Coronavirus pandemic creates a new criminal class in America”This National Emergency has brought to light the ugly fascist element among us. We can’t let this take root but must stand against it. Notice how the states doing this are all Democratic.

“The coronavirus pandemic has created a new class of criminals in America. Among them are fathers playing T-ball with his young daughter, the hosts of a wedding and a woman out for a drive.

USA Today reported Pennsylvania state police cited 19-year-old Anita Lynn Shaffer for taking a drive. They allege she was in violation of a stay-at-home order for York County, which allows “outdoor activity, such as walking, hiking or running” but only if it’s “essential.” She was fined $200.” 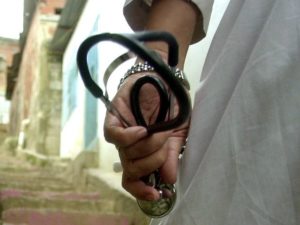 “India Treating Christian Health Workers as ‘Expendable’ Fodder in Coronavirus Response” This is happening all across the world. It will happen in America if the Hard Left ever takes control of the nation. They see us with the same hatred the Nazis had Jews.

“David Curry, the leader of the Christian aid organization Open Doors, told Breitbart News on Wednesday that the group has received reports of Indian government officials sending Christian nurses to tend to the most contagious Chinese coronavirus patients because “they are considered dispensable.”

Curry emphasized that many nations on the organization’s World Watch List – the countries where freedom of religion is most restricted – have become even more dangerous for Christians in light of the current pandemic, among them nations like China, India, Iran, and North Korea. In some cases, Christians are struggling to receive proper medical care; in others, Christians are already among the nation’s poorest and must now contend with shut down economies.” 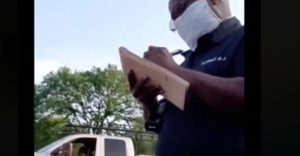 “Police in Greenville, Mississippi raided the parking lot of Temple Baptist Church during a drive-in prayer service and issued $500 fines to everyone in attendance – including many elderly congregants.

Pastor Arthur Scott told the Todd Starnes Radio Show that he was astonished by the actions of the police department and the mayor’s office. I warned Americans this could happen in my new book, “Culture Jihad: How to Stop the Left From Killing a Nation.”

“One of the police officers said the mayor wanted to make an example of our church,” the pastor said. “I told them to get some more tickets ready because we will be preaching Sunday morning and Sunday night.”

“Planned Parenthood Abortion Business Will Close a Dozen Clinics, Some Cities Will be Abortion Free” This is great news. I hope this is just the start of closing all the PP centers in America. What an evil organization that kills over 333,000 babies a year.

“America’s biggest abortion business is giving the people of central New York an extra reason to celebrate this Easter. The Planned Parenthood abortion company has announced the financial strain of the coronavirus is prompting it to close a dozen abortion facilities and abortion referral centers.

The abortion giant will also lay off just over one-quarter of its staff due to the closings, and pro-life advocates hope those employees find better jobs that don’t involve killing babies in abortions.” 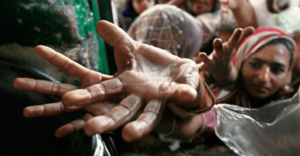 “Muslims Withhold “Charity” from Non-Muslims during COVID-19” This is what Christians face in Muslim controlled countries. The Muslims do this because of the Koran and Sharia law. We are the infidel; therefore, allah hates us. Now that we know so much about Islam it is hard to swallow all this nonsense about Islam being such a peaceful religion!

“Crises often have a way of revealing people’s true natures. Here in America, for instance, doctors, nurses, and other health care professionals have stepped above and beyond their call of duty in response to the COVID-19 pandemic; so too have charities, churches and other religious organizations, many of which have volunteered their premises for coronavirus testing or as medical centers, distributed food and medical supplies to the needy, etc. Needless to say, none of them are discriminating based on race or religion; they are aiding anyone and everyone in need.

Then there’s the Muslim world; there, too, COVID-19 is revealing the true nature of Islam. Enter zakat, which is often—but erroneously—translated as “charity.” As with virtually everything else Islamic, it too discriminates, sees only in dichotomies, namely “us” (Muslims) and “them” (infidels). As usual, Pakistan—so named to mean the “land of the pure [i.e., Muslims]”—offers ample precedents.” 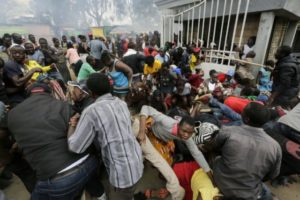 “Stampede in Kenya as slum residents surge for food aid” My ministry, Abba Father International Fellowship, operates in this slum. Pastor Z , who pastors the church, has been telling me how desperate the people are as they are starving. The people are afraid to leave their homes under threats of being shot by the police! This ministry has sent funds for them to buy food, but it is very difficult to get food.
This happened because the Chinese Communists, the World Health Organization and many other international organization all put this scheme together to bring down the world economy and crush nations! They are beyond evil.

Desperate for help as coronavirus-related restrictions make it more difficult to go out and make a living, residents of Nairobi’s Kibera slum gathered for a food distribution near a district office. They tried to force their way through a gate for their chance at supplies to keep their families fed for another day.

The scene in Kenya’s largest slum reflected the fears of millions across Africa as nearly 20 countries have imposed full lockdowns and others have shut down cities or imposed curfews. A vast population of informal workers, with little or no savings, worries about the next meal as no one knows when the measures will end. Already, Rwanda and South Africa have extended their lock downs by two weeks.”