You are seeing with your eyes how we might need to protect ourselves. Society is breaking down in the cities, and this could spread into the suburbs and beyond. These people hate America and US, and want to totally destroy America as we know it.
May the Holy God of Israel bless and protect you. 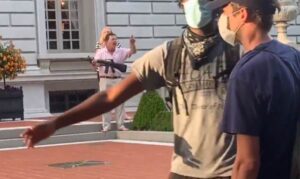 “A St. Louis couple is being doxed and threatened on Twitter after making it clear they were willing to defend their home as “protesters” came by. The couple stood armed outside their beautiful home as the mob marched by shouting.

The mob also threatened to take the woman’s gun for daring to protect her home and family. In livestreamed footage of the incident, you can clearly see protesters enter a gate into the private neighborhood.” 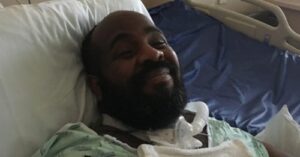 “Michael Hickson, a 46-year-old COVID-19 patient, was starved and left without adequate treatment for his illnesses at St. David’s South Austin Medical Center. His wife, Melissa, says the hospital refused to treat his illnesses because of his disability.

Michael Hickson became quadriplegic due to receiving CPR after he went into sudden cardiac arrest while driving Melissa to work in May 2017. Melissa and their five children stayed by Michael’s side throughout his recovery. He landed back in the hospital in 2020 after contracting COVID-19 and pneumonia from a staff member at his nursing home.
Michael was conscious and alert but could not communicate verbally. He responded to jokes, shook his head, and puckered his lips on a FaceTime call when Melissa requested a kiss. Melissa asked if she could pray with her husband and their children, to which he nodded “yes.” But the doctor soon told Melissa her husband would be placed in hospice against her will. In a recorded conversation, the St. David’s doctor told Melissa her husband would not receive treatment because of his disability, despite her wishes.” 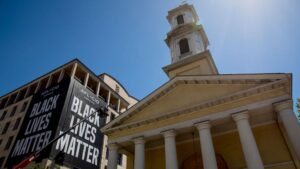 “Christianity – The Next Target of the ‘Cancel Wars'” This Hard Left “reign of terror” mob will not distinguish between the real church and an apostate one. They will look to burn and destroy them all. The only house of worship they ignore is the mosques.

“As protests have escalated in the push for racial justice, the latest polls show a majority of Americans agree with efforts to tear down Confederate statues. But now radicals are pushing way beyond that mark in a fight to completely cancel anything they find offensive, from George Washington to Jesus Christ. Next stop: your churches.

In Washington, they already burned part of the historic St. John’s Church a couple of weeks ago. But all you heard in the media was that the “evil” Trump cleared out protesters so he could walk over to the church and hold up the Bible for all to see.

The prelude aside, what I noted was our President taking a stand against an evil attack on churches being perpetrated by violent rioters – drawing a spiritual line in the sand to say that the evil would not stand against the true Word of God. To the “liberal” churchmen and ladies, and to some others whom Trump has reaching for the smelling salts, it was just another bad act from “Orangeman.” From where I sit, it looks to me like he’s one of the few trying to defend our beliefs.”

THE DANGER OF MARIJUANA 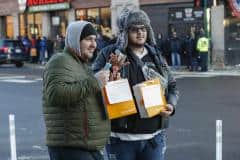 “The Link Between Marijuana, Psychosis, and Suicide” The link between marijuana and mental health is well know. This is yet another study showing how dangerous it is, especially to the young. Christians should no part of this drug.

“Dr. Erik Messamore, a psychiatrist with a doctorate in psychopharmacology, recently brought attention to a study published by a branch of NIH about my state, which is ground zero of the marijuana push in the United States. The title of the study telegraphs the punchline: “Legalized Cannabis in Colorado Emergency Departments: A Cautionary Review of Negative Health and Safety Effects.”

This “cautionary review” begins rather bluntly: “Cannabis legalization has led to significant health consequences, particularly to patients in emergency departments and hospitals in Colorado.” The consequences that are, in their words, “most concerning” are “psychosis, suicide, and other substance abuse,” not to mention the impairment of a user’s “complex decision-making,” which may be irreversible, even by subsequent abstinence.” 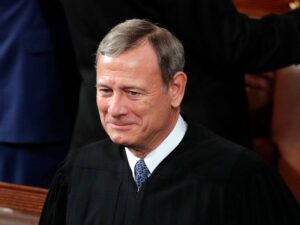 “Supreme Court Strikes Down Louisiana Abortion Clinic Law” Notice how it is always “our” appointed judges who sell us out! I never see one of the demon-dems turn and make righteous decisions. How is it that the their is such traitors in our midst?
The “legal” killing of the babies goes on and on.

“The Supreme Court on Monday struck down a Louisiana law regulating abortion clinics, reasserting a commitment to abortion rights over fierce opposition from dissenting conservative justices in the first big abortion case of the Trump era.

Chief Justice John Roberts joined with his four more liberal colleagues in ruling that the law requiring doctors who perform abortions have admitting privileges at nearby hospitals violates the abortion right the court first announced in the landmark Roe v. Wade decision in 1973.”