As America Has Done To Israel

I watched the Hannity Show on Fox News tonight, and for the first time I watched him use a split screen. On the left side, he had a panel discussing the Israeli Prime Minster’s speech before Congress and on the right was live coverage of tornadoes hitting the Dallas – Fort Worth area!
The connection or linkage between Obama wanting to divide Israel and massive destruction hitting America was SO clear that it could not be missed. Netanyahu said Jerusalem will never be divided.
Netanyahu said that Israel will never allow Jerusalem to be divided while Obama states Israel must go back to borders that divide it. Obama and Israel are about to clash over Jerusalem with the LORD backing Israel according to His word.
With the viciousness and destructive power of these storms along with all the other destruction this year, it seems that America has crossed a red-line with the Holy God of Israel.
At least 4 killed in Oklahoma City tornadoes 05/24/11
Netanyahu in Congress: Jerusalem Must Remain Undivided 05/24/11 “Israel is the only country that has guaranteed freedom of all faiths in Jerusalem, which must remain undivided, Prime Minister Binyamin Netanyahu told Congress Tuesday. In unusually strong language, he told members of Congress that Judea and Samaria are part of the ancient Jewish homeland that our forefathers walked in and that the 650,000 Jews living there “are not ‘occupying’ the region.” He strongly criticized the changed versions of history that are being promoted by others.”
Historic Severe Outbreak to Affect 80 Million in Metros 05/24/11 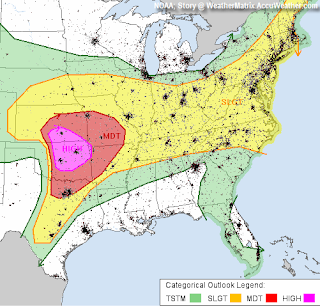