As South Africa Has Done To Israel 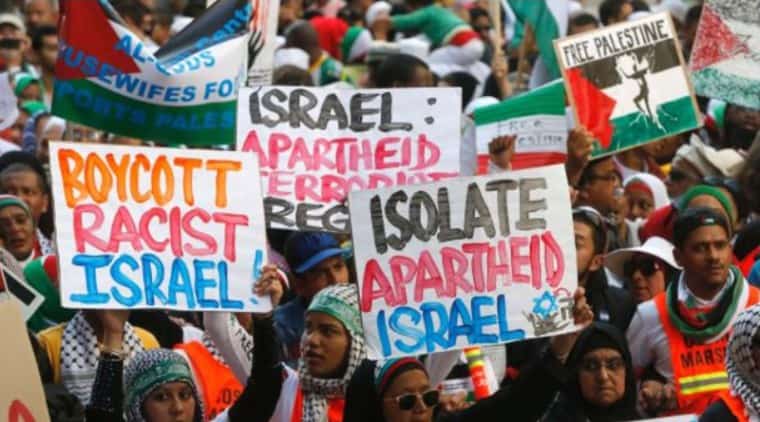 The connection of South Africa declaring it is the enemy of Israel and the disasters coming upon the nation were brought to my attention by a follower of the blog. As SA hardened against Israel, a crushing drought was overtaking the nation, and now the nation has turned to Communism! I will keep you updated about the collapse of SA into hell.

What SA is doing is taking the farms away from white farmers without compensation, and turning them more into a commune! What soon will happen is to expect the agriculture industry of SA to collapse and the nation turned into poverty. Communism ALWAYS destroys the economy of nation.

The majority party has agreed, that government must cut diplomatic ties with Israel, given the absence of genuine initiatives by Israel to secure lasting peace and a viable two-state solution that includes full freedom and democracy for the Palestinian people,” she said. The comments were made in response to opposition leader Kenneth Meshoe, who had argued that it was disappointing that national and provincial authorities in South Africa had refused help from Israeli companies to address the country’s current water crisis.

“Cape Town, South Africa, has designated July 9 “Day Zero.” That’s when water taps throughout the city are expected to go dry, marking the culmination of a three-year drought. South African officials aren’t responsible for the lack of rain, but inept management and a devotion to anti-Israel ideology needlessly made the situation worse.

The leadership of South Africa’s dominant political party, the African National Congress, aligns itself with the Palestinian cause. Although the two countries have diplomatic ties, South Africa under the ANC has refused to develop warm relations with Israel. This antagonism goes back to the 1960s, when current Palestinian Authority President Mahmoud Abbas lived in Moscow with exiled ANC leaders, and Yasser Arafat often visited. Students and leaders of the two movements were supported by the Soviet Union, and they shared revolutionary aspirations.”

Not surprisingly, the South African Parliament, which is dominated by the Marxist African National Congress (ANC), voted on Tuesday to confiscate without compensation all of the land owned by white farmers in South Africa.

The proposal, which passed 241 to 83, was put forward by the Marxist radical Julius Malema, head of the Economic Freedom Fighters (EFF) party, reported the Daily Mail and other foreign news media. The plan would amend part of South Africa’s constitution and allow the government to take the land from the white farmers and not provide them with any financial compensation. The communist ANC fully supported the proposal.”