Luke 21:9 But when ye shall hear of wars and commotions, be not terrified: for these things must first come to pass; but the end is not by and by. (10) Then said he unto them, Nation shall rise against nation, and kingdom against kingdom:

The war in the Middle East is really starting to crystallize right now. Russia is getting deeply involved in protecting Syria. The support for the rebels is growing. The event to watch for is Assad launching an attack against Israel in an attempt to save his regime. Iran continues to prepare for war with Israel and America. The caliphate continues to form. The world economy continues its downward spiral.

There is no hope for this world. What awaits the world is antichrist and Armageddon. The curse of America continues to deepen with NO letup.

Midwest drought slashes corn estimate, jolts market 07/11/12 This is just the start of the destruction. As the curse over America hardens the destruction will dramatically increase. Next bugs might start destroying the crops until there is a famine. ALL the blessings are now being removed from America. The nation has chosen the path of abortion and sodomy over the word of God.

“The worst Midwest drought in a quarter century is doing more damage to U.S. crops than previously expected with the government on Wednesday slashing its estimate for what was supposed to be a record harvest.”

San Bernardino seeks bankruptcy protection 07/10/12 Another US city goes under financially. The cracks are really showing as the unrelenting economic downturn is now starting to crush local governments. The states are next.

Episcopal bishops approve resolution to bless gay unions 07/11/12 This is part of the total moral collapse of America. The God of Israel will not tolerate making marriage an Ordinance of the Amorites. This act, combined with pressuring Israel to divide the land, has brought this unrelenting curse on the nation. Only national repentance and crying out to the Lord can lift the curse. The nation is gone so far down that it now appears that we can only individually turn to God for help and protection. The Hard Left is in control of much of America and will never give up without bloodshed.

Please keep glued by faith to the Lord Jesus and stayed focused on His coming for His church. The famine now appears on the way as the heat and drought are destroying the crops. Please, while there is still time, seek the Lord about how to prepare. We are to be prepared both spiritually and physically.

May the Lord God of Israel bless and protect you.

2 Peter 3:10 But the day of the Lord will come as a thief in the night; in the which the heavens shall pass away with a great noise, and the elements shall melt with fervent heat, the earth also and the works that are therein shall be burned up. (11) Seeing then that all these things shall be dissolved, what manner of persons ought ye to be in all holy conversation and godliness, (12) Looking for and hasting unto the coming of the day of God, wherein the heavens being on fire shall be dissolved, and the elements shall melt with fervent heat? (13) Nevertheless we, according to his promise, look for new heavens and a new earth, wherein dwelleth righteousness.

Netanyahu: Levy report findings ‘merit serious examination’; US State Dept rebukes findings  07/10/12 Israel is going to harden its position about the settlements which is going to greatly upset Obama. This could cause a confrontation between the US and Israel.

“After report determines Israel is not “occupying” Judea and Samaria, prime minister says findings will be brought to ministerial committee for discussion • Still unclear whether attorney-general will accept report’s conclusions, but Right has already praised it • U.S. reiterates policy against settlements.”

Russia Sending Warships on Maneuvers Near Syria 07/10/12 This is a clear sign that Russia is going to defend Syria. The entire region is now a powder keg and the all-out war could start from many angles. This tension can only build for so long until something explodes.

“Russia said on Tuesday that it had dispatched a flotilla of 11 warships to the eastern Mediterranean, some of which would dock in Syria. It would be the largest display of Russian military power in the region since the Syrian conflict began almost 17 months ago. Nearly half of the ships were capable of carrying hundreds of marines.” 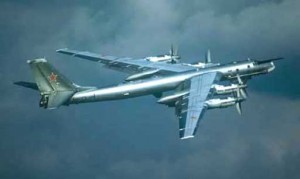 Russian nuclear-capable bombers intercepted near West Coast in second U.S. air defense zone intrusion in two weeks 07/06/12 This coincides with the Russian fleet moving into the Mediterranean Sea and Syria. Russia is not playing games and neither is Iran. The coming war is getting bigger every day. The Russians sent their bombers on a training mission to attack United States targets on the West Coast.

The bomber flights near the Pacific and earlier flights near Alaska appear to be signs Moscow is practicing the targeting of its long-range air-launched cruise missiles on two strategic missile defense sites, one at Fort Greely, Alaska and a second site at Vandenberg Air Force Base, Calif.”

This is a huge concern because America’s sin has reached heaven. It is possible that God might use the Russians as an instrument of judgment against the United States. Our military is now sodomized and the American people, for the most part, do not care. The Russians are acting warlike right on the heels of June being national homosexual month and ALL the disasters that hit America in June!

Iran’s Ballistic Missiles Improving, Pentagon Finds 07/11/12 Iran is not backing down and getting ready for war.

Assad military conducts large-scale exercises as fighting spills into Lebanon 07/10/12 The war is getting more intense. The pressure against Assad is building. Russian ships are on the way. Assad has threatened to attack Israel. Watching this war in Syria is like watching a slow moving train wreck.

NATO, Russian naval-air buildup in E. Mediterranean, French units to Gulf 07/11/12 The nations are being drawn into the Middle East for the battle to start the war that leads to Armageddon.

Envoy’s call to Iranians in Canada raises fear of terror recruitment 07/09/12 There are 500,000 Iranians in Canada. If just 10 percent were terrorists they could cause enormous trouble when the war with Iran starts.

Amid Egypt president-army struggle, it’s unclear who’s in charge 07/09/12 In the end, Obama and Clinton will make sure that the Brotherhood are in charge of the military.

Sharia should be ‘main’ source of Libya legislation 07/05/12 It did not take Libya long to fully come under the control of Sharia law and the Brotherhood. This is exactly what is going to happen to Syria and Jordan.

Tunisian Islamist party says religion, politics are one 07/08/11 The move towards the Islamic caliphate.

Muslims: ‘Wipe Christianity from face of earth’ 07/07/12 This is not just rhetoric but the desire of real Muslim’s heart. They view Christians as pagans because we believe in the blessed holy Trinity.

“A Muslim group has released its plan to “wipe Christianity from the face of the earth,” Islamize the West and establish an Islamic system of world government – placing those who resist “under a police state.” The 23-page booklet, “The Global Islamic Civilization: The Power of a Nation Revived,” is the brainchild of the United Muslim Nations International, a group led by Sheik Farook al-Mohammedi. The document outlines a plan for Muslim world domination and the re-establishment of the Caliphate.”

Calls to Destroy Egypt’s Great Pyramids Begin 07/11/12 This is the destructive mentality of Islam.

2 Peter 3:18 But grow in grace, and in the knowledge of our Lord and Saviour Jesus Christ. To him be glory both now and for ever. Amen.