1 Thess 5:2 For yourselves know perfectly that the day of the Lord so cometh as a thief in the night. (3) For when they shall say, Peace and safety; then sudden destruction cometh upon them, as travail upon a woman with child; and they shall not escape. (4) But ye, brethren, are not in darkness, that that day should overtake you as a thief. 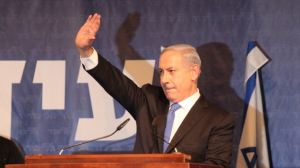 Netanyahu announces September 4 election date 05/07/12 There is a reason for this. Israel has a parliamentary form of government and if the government is unstable new elections can be held. What Netanyahu is doing is creating a new government that will be stronger than the current one. It will be more unified. This means that when Israel goes to war with Iran, the government will be unified and not fractured. He needs this to go to war. It looks like Israel’s target date for the attack will now be in the fall.

“Elections will be held on September 4, Prime Minister Benjamin Netanyahu announced at a cabinet meeting on Monday morning, saying the next government would have to deal with Israel’s core issues.”

Socialist Hollande defeats Sarkozy in French presidential election 05/06/12 This is very significant as this socialist will not reduce spending but will increase taxes and try and destroy the capitalist system in France and Europe. He could  very well destabilize the European Union along with the Euro. This in turn would affect the US banks and investors.

World stocks dive after Europe elections, US data 05/07/12 This could be the start of an economic meltdown. In a few weeks we will know.

Spain moves reluctantly to save major bank 05/06/12 and Political Chaos in Greece After Uncertain Elections05/07/12 This is all part of Europe becoming unhinged and fast.

All we can do is stay focused on the Lord Jesus. So many issues are now coming to a head with two right in front of your eyes. The collapsing European economy and Israel’s war with Iran. They both could come together at the very same time. There is nothing that we can do but draw close to the Lord Jesus. These events have a life of their own. It appears that later this summer and into the fall could be time of world upheaval. Watching what is coming on the earth, makes me look more intensely for the coming of the Lord Jesus for His church. It would be so wonderful if He came for us this fall. The groom coming for His bride. 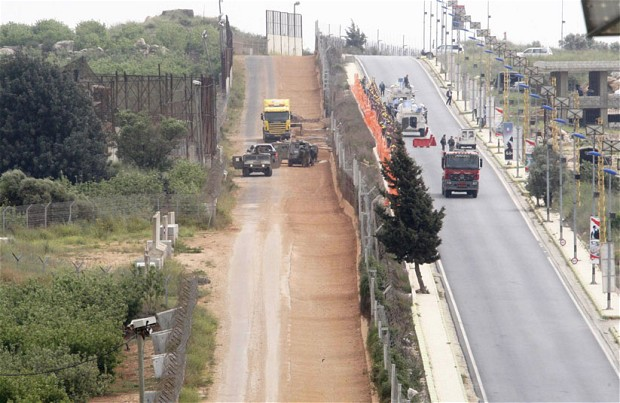 Israel warns Hizbollah over Iran 05/06/12 Once again Israel has warned Lebanon and Hezbollah not to attack Israel if Israel goes to war with Iran. Israel warned it will destroy Lebanon.

“Any Hizbollah retaliation to an attack on Iran’s nuclear facilities would prompt Israel to launch a war in Lebanon so ferocious that it would take a decade to rebuild the villages it destroys, a senior Israeli military officer has warned”

Jordanians Protest, Call to End Peace with Israel 05/05/12 Jordan slowly is turning against Israel. Once the revolution starts, Jordan will fall fast.

Syria Moving Scuds to Israel, Turkey Borders  05/06/12 There is always the possibility that Assad might start the Middle East war by attacking Israel. He would do this to unite the Arabs around him and stop the civil war.

“Syria has threatened in the past that in the event of foreign military intervention on its soil, it will not hesitate to fire missiles at Israel and Turkey in order to ignite a large scale regional war.”

“At a meeting of Syria’s opposition, Muslim Brotherhood officials gather round Marxists colleagues, nudging them to produce policy statements for the Syrian National Council, the main political group challenging President Bashar Assad. With many living in the West, and some ditching their trademark beards, it is hard to differentiate Brotherhood from leftists. But there is little dispute about who calls the shots. From annihilation at home 30 years ago when they challenged the iron-fisted rule of Hafez Assad, the Brotherhood has recovered to become the dominant force of the exile opposition in the 14-month-old revolt against his son Bashar.”

Special: Israeli, Jewish students fighting back as hostility grows on leading campuses in America 05/07/12 It looks like the first battleground now for the Jews in America are the college campuses. This is now a real battle and it is getting worse by the week. It is very possible to see physical attacks against the Jews.

Smear Attack Against Israel Defenders at UC San Diego 05/07/12 This shows the intense battle going on in college campuses against Israel and the Jews. It is just a matter of time until this gets violent. This has been escalating for several years. The leftist Jews are now coming facc to face with the real Hard Left in America. This might begin to open the eyes of Jews to whom they have been in league with.

“California, one of the most liberal and left-wing states in the US poses a particularly difficult challenge: Most of the universities here are anti-Israel among both professors and students. On the other hand, Los Angeles alone is the largest Israeli population center outside of Israel, and all the universities have a relatively high percentage of Jewish students. So there is a big vacuum.”