I have not posted recently about Israel. Events are now slow and nothing major at the moment. Israel has increased it is war readiness which is a sign of the coming war. All we can do it wait and pray. It is sort of like knowing a hurricane is heading your way. There is nothing you can do to stop it. You just have to wait. 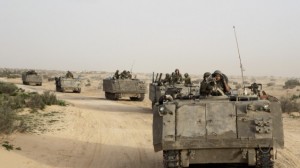 Israel Army on the move to the border

Six army battalions called up under emergency orders to meet growing threat on Egypt, Syria borders 05/02/12 This shows how severe the tension is growing with Syria and Egypt. Israel also needs its army in place when it attacks Iran. Syria, Hezbollah and Hamas will immediately attack so Israel must be ready.

“The IDF has issued emergency call up orders to six reserve battalions in light of new dangers on the Egyptian and Syrian borders. And the Knesset has given the IDF permission to summon a further 16 reserve battalions if necessary, Israeli media reported on Wednesday.”

Israel Broadens Anti-Missile Defenses 05/01/12 Israel is getting ready for war. This battery is to protect Tel Aviv.

Iran’s vice president tours Israel border 05/03/12 He is waiting for the Mahdi to destroy Israel! It is going to be a very long wait.

Libya drops ban on religion-based parties 05/03/12 This opens the way for the Muslim Brotherhood to take power. Soon Libya will be joined with Egypt in the caliphate.

Methodists Vote Against Ending Investments Tied to Israel 05/02/12 This was very surprising but welcome for Israel. What they did vote for was to sanction products coming from the Israeli settlements. They called for a world sanction against these products.

“However, the Methodists also passed a strongly worded resolution denouncing the Israeli occupation and the settlements, and calling for “all nations to prohibit the import of products made by companies in Israeli settlements on Palestinian land.”

Co-op boycotts exports from Israel’s West Bank settlements 04/28/12 They are trying to make this a world movement against Israel.

Amid unrest, Syrians struggle to feed their families 05/02/12 Syria is heading towards total poverty and this will help motivate it to war with Israel. How is Syria ever going to get out of this economic destruction that is part of this war? 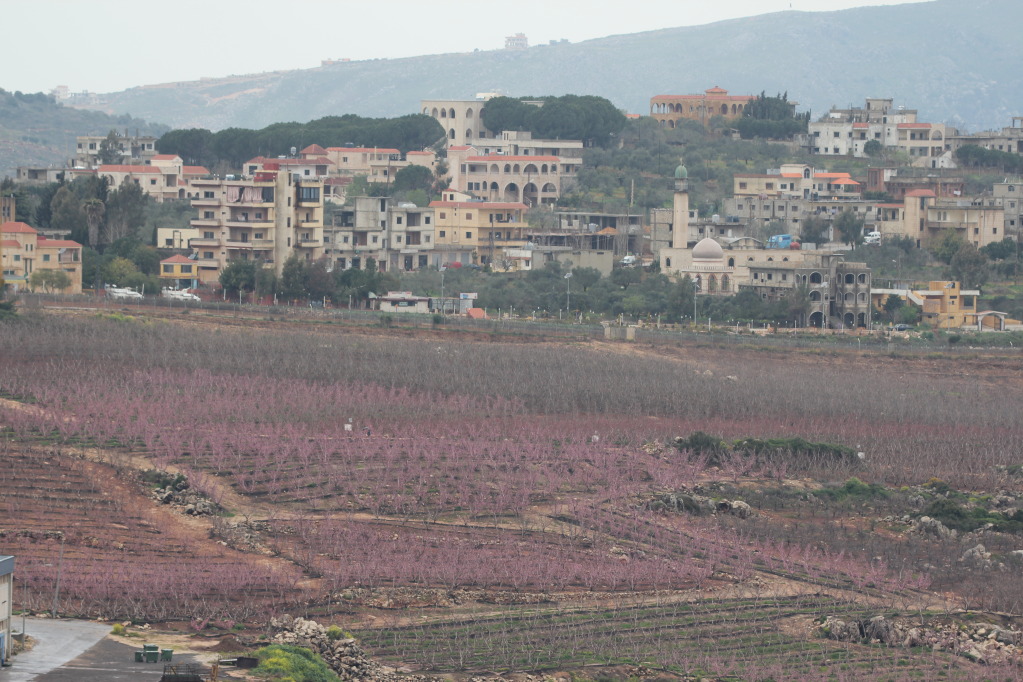 In the above picture, this is the town of Kfar Kila in southern Lebanon directly on the border with Israel. I took this picture standing in Metulla, Israel. If you look closely in the background is a fence with white posts. This is the border. It is very possible that Hezbollah is looking back at you! 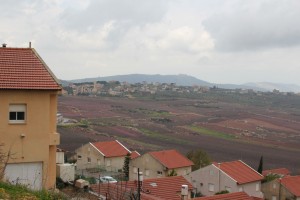 This picture is again Metulla, Israel looking into Kfar Kila, Lebanon. This is a Hezbollah controlled area.

Israel Builds a Wall in the North 05/02/12 In my recent tour of Israel, I was in Metulla and took many pictures into Lebanon. According to the Prophet Obadiah just prior to the Day of the LORD, Israel’s border is going to move north into Lebanon. The name of Hezbollah will not longer exist as it was destroyed in war with Israel.

“In 2005, I drove down there from Beirut with a Lebanese woman who grew up in the area. I was thunderstruck when we arrived at Kfar Kila. Israeli houses were mere feet from the border fence. Some of those homes are so close to it that a person could walk right up to an Israeli backyard and, while remaining inside Lebanese territory, throw a hand grenade through somebody’s window. And remember, this is the part of Lebanon that’s controlled by Hezbollah.”

Foreign Ministry slams Guardian newspaper for insisting Tel Aviv is Israel’s capital 04/25/12 Notice how contentious Jerusalem is! All of this is going to end up in the final battle as described in Zechariah 14.

Waging war to prepare the way for the Mahdi 04/17/12 Remember, that the Mahdi is really only a Shiite Muslim concept and not Sunni. The Sunnis would have to convert to Shiite for a worldwide Mahdi movement. Iran will go to war for the Mahdi. There is NO doubt about this.

“The 15% of Muslims who are Shiites are preparing for the return of “the Mahdi”. To the Shiites, the Mahdi is the last Imam, the twelfth Imam, and though he has been hidden for the past twelve centuries, they believe his return is imminent. When he was asked what the Mahdi will do upon his return, the Ayatollah Hadavi Tehrani quoted the ancient text of Imam Ali al-Baqir, stating, “For a full eight months, he will have his sword unsheathed and will kill the enemies of God until God is satisfied.”