Verse of the Day
Daniel 7:13 I saw in the night visions, and, behold, one like the Son of man came with the clouds of heaven, and came to the Ancient of days, and they brought him near before him.
Commentary
The Clouds of Heaven is the bride returning with the Groom. The Groom is the Lord Jesus while the bride are all the believers that are returning with Him from the Marriage Supper of the Lamb!
Right now I am posting the blog both on Google and Word Press. In a few days, I will be over to Word Press. If you would like to see the Word Press posting go to: https://www.defendproclaimthefaith.org/blog/
Events are happening very fast now with the Hard Left. It seems I will be posting a lot of information about it as they are getting ready to overthrow the government. I cannot say for sure it is going to happen this summer, but all signs are pointing towards it. They are going to try something this summer that is going to lead to bloodshed. With the Muslims and sodomites involved, it could lead to the door of churches. Even if the pastors are hiding in the tall grass, the Hard Left will find them. This summer could be the time of testing for America like it was at the first Civil War. This could drive the church into repentance and calling on the LORD!
Israel is heading towards war and now pressure is building with Jordan. Watch for Jordan to turn Islamists virtually over night. They want Jerusalem as this is becoming the driving force of the Islamists and caliphate.
The massive earthquakes continue!
May the Holy God of Israel bless and protect you.
Matthew 26:63 But Jesus held his peace. And the high priest answered and said unto him, I adjure thee by the living God, that thou tell us whether thou be the Christ, the Son of God. (64) Jesus saith unto him, Thou hast said: nevertheless I say unto you, Hereafter shall ye see the Son of man sitting on the right hand of power, and coming in the clouds of heaven.
Hard Left 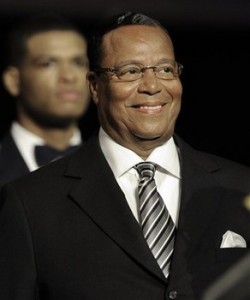 It is so easy to see Farrakhan and his group uniting with the Black Panthers along with other race baiters. They spew the same race baiting rhetoric, which the Hard Left media and politicians do not say a word against.

Farrakhan Warns Whites: ‘Unless You Change, Your End Has Come’ 04/17/12 This comes from a man that is on a speaking tour to black colleges throughout the country! He has been given a platform to spew this hatred. I doubt anyone rebukes him for this. This is dousing gasoline on a smoldering fire. He is very dangerous and remember he spoke at Obama’s church in Chicago and even received an award!

“I know myself. I know you. And some of you white people – I know you better than you know yourself because God has revealed you fully,” he explained, going on to seemingly claim that he has a special, God-ordained ability to see what others cannot. It ain’t about hating you. We ain’t got no time for that. But we know who we’re dealing with. We know what we’re dealing with,” he said. “We know your origin in the world and we know how long you were set to live and unless you change, your end has come”

Little-Known DOJ Cell Watches Trayvon Martin Protests 04/17/12 I just knew the feds were involved in this. The article tries to make it look like they were peacemakers! How can we believe anything coming from the Federal government! They were actually helping arrange the protests. It is easy to see them as Agent-provocateurs!
The Left’s Spring Offensive 04/17/12 This group will merge with Farrakhan to destroy America. They will fight it out later for control. How can bloodshed be avoided this summer. The Left is bringing the fight to us. Anyone who stands against them will identified with the 1% and an enemy. Please read this article as I would like to have quoted all of itThe Left does everything to protect Islam. In this article, the opponents to Islam are demonized while Islam is presented as nice and wholesome! Can someone please transport these people to Mecca and let them see what is real Islam.
The Left hates the God of Israel so much that Islam looks wonderful to them. This is because God has given them over to Islam for judgment. 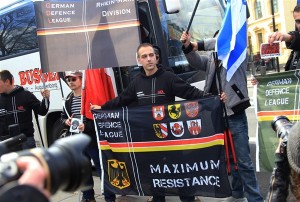 Report: Threat from anti-jihadist extremists grows 04/16/12 In this article, they are trying make anyone who is outspoken against Islam just like Islamist terrorists. This can easily be used to stop free speech against Islam. Make sure you read this article.
Israel and the Middle East War
Gov’t to vote on authorizing of 3 W. Bank outposts 04/17/12 This surely will get worldwide condemnation. Every inch of the covenant land is contested by the world!
Barak: Israel made no promises not to attack Iran 04/17/12
Syrian tribes unite in İstanbul as border conflicts test cease-fire 04/16/12 It is events like this plus all the funding coming from Saudi Arabia which shows that Assad cannot survive. It is just a matter of time.
Syrian expert: Russia is protecting Syria to save Iran 04/17/12 These two nations will be united in the next war against Israel. Both will be destroyed in this war.
Jordanian parliament moves to ban Muslim Brotherhood party 04/17/12 This shows very clearly how pressure is building in Jordan. It is just a matter of time until Jordan falls to the caliphate.
Jordan wants a piece of Jerusalem 04/16/12 This lust for Jerusalem might end up with the destruction of Jordan as a nation. Obadiah and Zephaniah both show that Jordan does not survive as a nation.
‘Jordan will regain J’lem from slayers of prophets’ 04/16/12 The rhetoric from Jordan sounds like a soon coming war with Israel over Jerusalem. Watch Jerusalem as I believe it will be the focus of the coming all-out war.
“Jerusalem will be regained, Allah willing, by these modest and pure hands, which hold the Koran high and recite it day and night,” Rabab’a said in the March 23 sermon. “This is an army that bows before none but Allah. Today, we must take pride in our country and its army, which descends from the Prophet Muhammad.”
Floods, Famines, Fires, Etc
Calamity Upon The Earth Three Months in 2012 04/03/12 (Video) I found this excellent, as it summarized what is happening all across the earth!
6.5-magnitude quake shakes central Chile 04/17/12 The large earthquakes are continuing almost nonstop now.
Quake Expert: Earth Cracking Up 04/12/11 The next birth pang of earthquakes will be even greater heading towards the Day of the LORD.
Proverbs 17:3 The fining pot is for silver, and the furnace for gold: but the LORD trieth the hearts.
Share