Your country is desolate, your cities are burned with fire: your land, strangers devour it in your presence, and it is desolate, as overthrown by strangers. 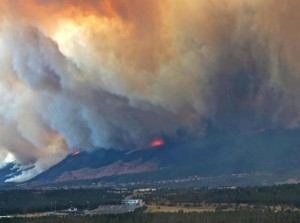 I warned earlier this month, when Obama declared June homosexual month, be prepared for awesome disasters towards the end of the month. Now huge record breaking fires are burning all across Colorado. The combination of record heat and drought have made the state a tinderbox. The fires seem to just explode and grow to an enormous size in a day! Boulder is in the direct path of a huge fire and 35,000 people had to evacuate from the path. Many homes and buildings already are on fire. In the direct path of the fire is the Air Force Academy which has been evacuated.

Colorado Fire Follows in Pine Beetles’ Tracks 06/20/12 First the beetles and then the fires. The Pine Beetle has destroyed vast amounts of Colorado trees which created kindling. The fires are following the path of the dead trees! This judgment has been building for years and now it hits during “Gay Month”! We can now see that the beetles were the first stage of the judgment with the fires following. Remember, vast areas of other states are just like Colorado. It is very possible that enormous sections of entire states may soon be burning.

I would not be surprised that the AF Academy burns. This branch of the military is leading the charge against God. It seems to be under the complete control of the Hard Left reprobates. How fitting that yesterday was “Gay Day” in the military and now one of the academies was just evacuated.

“The High Park fire comes as a kind of second death for this stretch of the Arapaho-Roosevelt National Forest, where mountain pine beetles have held at epidemic levels for almost half a decade. Vast stretches of rust-red canopy, dry and primed for fire, are a testament to an infestation that has affected some 70 percent of the trees in the region.

Those trees burn hotter — and the fire spreads faster — than they would in a forest untouched by beetle blight, said Rocco Snart, a fire behavior analyst trainee who has been working on the ground with crews battling the High Park fire.”

The time of judgment is here for America. The two outstanding sins right now are pressuring Israel to divide the land and promoting sodomy. Lately, Israel has been in the background while the homosexual agenda is in full force. God’s righteous judgment on Sodom was fire. America is now promoting the same sin that brought judgment by fire. As the homosexual agenda advances with no letup, expect judgments like these fires to grow in numbers and intensity. The judgments will match the advancement of rebellion against the Holy God of Israel.

Tens of thousands flee homes as Colorado wildfire doubles in size overnight 06/27/12 Based on the history of these types of judgments, it is possible the fires will burn until July 1 and then let up. The curse is on the nation for the month of June. Watch the fires burn intensely and then around July 1 cooler weather and maybe even rain.


“A towering wildfire jumped firefighters’ perimeter lines and moved into the city of Colorado Springs, forcing frantic evacuation orders for more than 32,000 residents, including the U.S. Air Force Academy, and destroying an unknown number of homes. With flames cresting a ridge high above its campus, the Air Force Academytold more than 2,100 residents to evacuate.”

President Obama Celebrates Pride Month 06/01/12 (Video) He mentions two dads and two moms among other incredible statements. He is now leading the charge in creating Ordinances of the Amorites and setting America up to be judged by the Holy God of Israel. How far off can it be when he is trying to force sodomite marriage on the nation?

Lawmakers claim Air Force culture becoming ‘hostile towards religion’ 06/23/12 The fires are closing in on the Air Force Academy! The events are just four days apart! 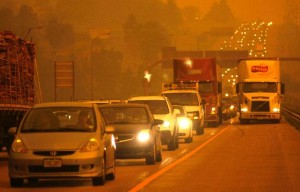 As America goes deeper in the homosexual agenda, scenes like this massive evacuation in Colorado will become common. The curse of God has now settled on all areas of America. There is no turning back now as America is racing towards judgment, while the church is nowhere to be seen. God has warned and warned and warned America, but his people are dull of hearing with eyes that are spiritually blind. The time has arrived as one can “feel” the judgment in the air.

I have warned people to seek the LORD about what to do. God will move His people from harm’s way if they seek Him and listen to His still small voice. I also warned about being prepared with supplies as God leads you. There are many people in Colorado who are going to be without food, water and electrify for a long time.

Military Gay Pride: Behavior Once Grounds for Court Martial Now Celebrated 06/26/12 Please do not laugh or snicker at this: if the trend continues it is going to be a crime in the military to preach or share the gospel of Jesus Christ. It will be viewed as divisive and against human rights. Americans did not care and just handed the military over to the reprobates. It NOW belongs to them, and they use their power to destroy anything associated with the LORD. You are witnessing a transition from under God to under satan. This is happening very quickly so it is easy to see.

Military pulls its insignias from Bibles 06/24/12 The military does not want to be associated with the word of God put it sure does want to be with sodomy. The reprobate mind is really in total rebellion against the Holy God of Israel. The reprobates are about to feel the judgment of a righteous God on their hatred of Him.

“The Pentagon has revoked permission for a Christian ministry to produce Bibles for different branches of the military, marked with those insignias, after an anti-Christian group called them a threat to national security.”

“President Barack Obama called Florida Governor Rick Scott from Air Force One “to ensure the state had no unmet needs” as it responds to the flooding, said White House spokesman Jay Carney. Obama expressed condolences for the loss of life and damage to homes, and federal authorities “stood ready to provide additional assistance if necessary,” Carney said Scott declared a state of emergency on Monday and ordered all state agencies, including the Florida National Guard, to provide any necessary assistance requested by local governments.”