After reading this article, you will completely understand why the Hard Left reprobates are sprinting to support this organization and fund it. This group and Antifa are at the leading edge of destroying American culture and especially Christianity. It is not stated, but I can assure you their number one goal is to destroy white Christian males. They now are loosed on America, and this will not need without great bloodshed because they will take the fight to us until stopped. We have history as a guide for what is coming.
You still have some time to physically and spiritually prepare. I don’t know when the Lord is coming for us, but I suggest you physically prepare as the Lord leads you because the window could soon close.
Remember, they hate us as much as the Nazis did the Jews. God has revealed all to us, so prepare.
May the Holy God of Israel bless and protect you. 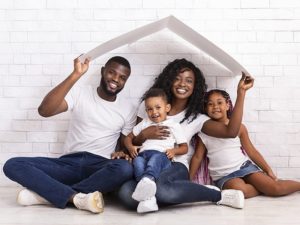 “Black Lives Matter Foundation Aims to ‘Disrupt’ Family Structure, Excludes Fathers from Vision of Community”
After reading this article, you will completely understand why the Hard Left reprobates are sprinting to support this organization and fund it. This group and Antifa are at the leading edge of destroying American culture and especially Christianity. It is not stated, but I can assure you their number one goal is to destroy white Christian males. They now are loosed on America, and this will not need without great bloodshed because they will take the fight to us until stopped. We have history as a guide for what is coming.
You still have some time to physically and spiritually prepare. I don’t know when the Lord is coming for us, but I suggest you physically prepare as the Lord leads you because the window could soon close.
Remember, they hate us as much as the Nazis did the Jews. God has revealed all to us, so prepare.

“As citizens around the U.S. protest police brutality and racial inequalities, their rallying cry has been the slogan “Black Lives Matter” — a declaration of God-given value for Americans who feel marginalized. Yet that slogan was born of a political organization — now rolling in donations from massive corporations hoping to establish their social justice bona fides — whose larger agenda has gone largely unexamined.

For instance, the org’s “What We Believe” page asserts that these goals can only be achieved through the disruption of the “Western-prescribed nuclear family structure.”
“We disrupt the Western-prescribed nuclear family structure requirement,” the site declares, “by supporting each other as extended families and ‘villages’ that collectively care for one another, especially our children, to the degree that mothers, parents, and children are comfortable.” The word “fathers” is deliberately excluded, replaced by the gender-neutral “parents” despite already naming “mothers” as pillars of the family.

The statement goes on to denigrate male influence on the family as oppressive. “We build a space that affirms Black women and is free from sexism, misogyny, and environments in which men are centered,” the group says, calling single mothers’ “double shifts” of working and parenting a “patriarchal practice.” 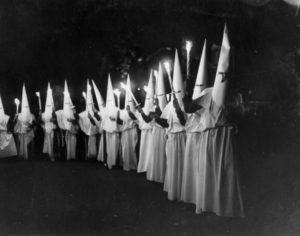 ““These Names Have to Go” – Pelosi Calls for Removal of All Confederate Statues — What About Racist Democrats? Woodrew Wilson, Robert Byrd, the Clintons, Harry Truman…?”

“I shall never fight in the armed forces with a negro by my side … Rather I should die a thousand times, and see Old Glory trampled in the dirt never to rise again, than to see this beloved land of ours become degraded by race mongrels, a throwback to the blackest specimen from the wilds.”
— Robert C. Byrd,

Later, Byrd said he left the Klan and knew it was wrong, but how did he ever become a senator and a leader in the senate!

What a wonderful article telling truth about the evil history of the demon-dem Party. They put their evil slavery history on us! We are the Party of Abraham Lincoln and not the party of the KKK-dems-Jim Crow laws. Why don’t they own up to their sordid history of oppressing black people instead of trying to foister it upon us! We need to stand up and fight their lies at every opportunity! Stand up for our great American heritage and not let these liars get away with their lies about America.
“It is almost impossible to imagine the United States Senate without Robert Byrd. He was not just its longest serving member, he was its heart and soul. From my first day in the Senate, I sought out his guidance, and he was always generous with his time and his wisdom,” Hillary Clinton
“The Democrat Party is the Party of Hate. Democrats were the slave owners in the South that pushed for the Kansas-Nebraska Act that promoted slavery beyond the South. They were the state leaders who voted to leave the Union after the first Republican President, Abraham Lincoln was elected.

After thousands of Americans lives were lost in the Civil War the Democrats were the ones who killed Northerners who attempted to help Black Americans and former slaves vote. Democrats started the Ku Klux Klan which was the activist wing of the Democratic Party.

On April 20, 1871 the Republicans passed the anti-Ku Klux Klan Act outlawing Democratic terrorist groups. However, the Democrat Party revived the KKK in the 20th Century. The Democrat KKK members hid their identities behind head coverings so not to be recognized by the people whose property they were destroying or whose lives they were taking. Democrat Robert Byrd was a KKK member and he served longer in the Senate than any American ever. Hillary Clinton praised him upon his death.”

DEATH OF RELIGIOUS FREEDOM IN AMERICA 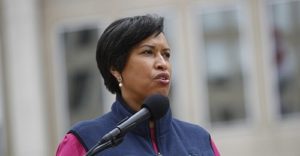 “D.C. Mayor Bowser on Accusation of Treating Protests and Churches Differently: First Amendment Protects Protests” Hard Left protests, yes, but church meeting, no. People like her will use “science” to close the churches.

Now, First Amendment protests and large gatherings are not the same. And that’s why we don’t see our cities opened up to all of the massive events. Now, in the United States of America, people can protest.”

WASHINGTON STATE IN REBELLION AGAINST AMERICA 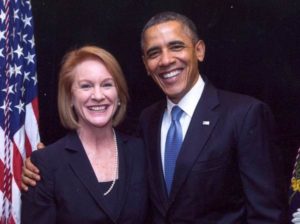 “INSURRECTION? Seattle Mayor and Congresswoman Taunt President Trump Over Armed Anarchist Occupation : ‘Go Back to Your Bunker’” Remember, I told you the Hard Left reprobate mind was the most destructive force on the earth. You really are seeing this mind in action. They are moving to destroy Seattle and probably Washington State and turn it something like an Islamic Caliphate/gulag with no bottoming out: just killing and violence until an outside force takes over.

“Seattle Mayor Jenny Durkan (D) replied to President Trump late Wednesday with a childish taunt after Trump warned her and Governor Jay Inslee (D) he would act if they did not to secure the city from anarchists who have taken over several blocks in an armed occupation.

“Make us all safe. Go back to your bunker. #BlackLivesMatter” Radical Rep. Pramila Jayapal (D-Seattle) also taunted Trump, “Don’t you have a bunker to be in?”

TRUTH ABOUT THE CORONAVIRUS 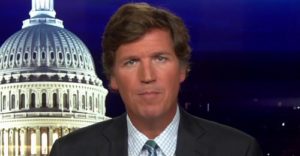 “Tucker Carlson: We were lied to about coronavirus and the mass lock downs. Here’s the proof” This is an excellent article showing how the lock downs were foisted on the American people by a series of lies from Hard Left plants in the health institutes! These Hard Left political criminals are every place! How could we ever believe them again. They are criminals.

“As a matter of public health, we can say conclusively the lockdowns were not necessary. In fact, we can prove that. And here’s the most powerful evidence: States that never locked down at all — states where people were allowed to live like Americans and not cower indoors alone — in the end turned out no worse than states that had mandatory quarantines. The state you probably live in.

The states that locked down at first but were quick to reopen have not seen explosions of coronavirus cases. All of this is the opposite of what they said would happen with great confidence.
The media predicted mass death at places like Lake of the Ozarks and Ocean City, Md. — places where the middle class dares to vacation. But those deaths never happened. In the end, the Wuhan coronavirus turned out to be a dangerous disease, but a manageable disease, like so many others. Far more dangerous were the lockdowns themselves.
For example, in New York, Pennsylvania, New Jersey, and Massachusetts, panicked and incompetent governors forced nursing homes to accept infected coronavirus patients, and as a result, many thousands died, and they died needlessly.
This is all a remarkable story, but it’s going almost entirely uncovered. The media would rather tell you why you need to hate your neighbor for the color of his skin. The media definitely don’t want to revisit what they were saying just a few weeks ago, when they were acting as press agents for power-drunk Democratic politicians.” 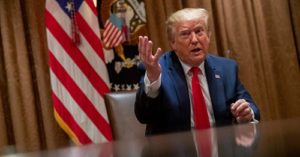 “Trump okays sanctions against ICC employees investigating US troops” I’m so delighted the President is breaking the USA away from these terrible Hard Left, NWO groups and freeing us from their bondage. We need arrest warrants for the ICC ordering these investigations.

The executive order signed by the president marks his administration’s latest attack against international organizations, treaties and agreements that don’t hew to its policies. Since taking office, Trump has withdrawn from the Paris climate accord, the Iran nuclear deal and two arms control treaties with Russia. He has pulled the US out of the UN Human Rights Council and the UN Educational, Scientific and Cultural Organization, threatened to leave the International Postal Union and announced an end to cooperation with the World Health Organization.
“The International Criminal Court’s actions are an attack on the rights of the American people and threaten to infringe upon our national sovereignty,” White House press secretary Kayleigh McEnany said in a statement. “The ICC was established to provide accountability for war crimes, but in practice it has been an unaccountable and ineffective international bureaucracy that targets and threatens United States personnel as well as personnel of our allies and partners.”