Revelation 21:8 But the fearful, and unbelieving, and the abominable, and murderers, and whoremongers, and sorcerers, and idolaters, and all liars, shall have their part in the lake which burneth with fire and brimstone: which is the second death. 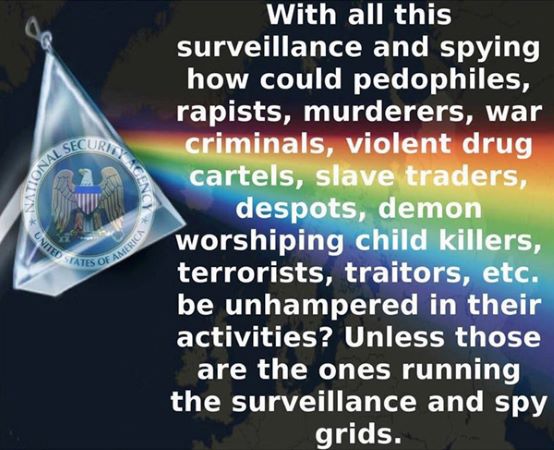 1 Thessalonians 3:13  To the end he may stablish your hearts unblameable in holiness before God, even our Father, at the coming of our Lord Jesus Christ with all his saints.

Posts and Commentary: The most important articles are highlighted in red.

Attorney Matthew DePerno Speaks Out after Wicked Michigan AG Says She Will Use State Police to Prosecute Him and Others Who Challenged Election (VIDEO) Look how bold and corrupt the demon-dems are in Michigan! If you speak out about the corrupt 2020 Election, they want to arrest you! They are full blown tyrants and it is being manifested every day.

Dozens of School Districts are Teaching Book Claiming ‘Whiteness’ is the Devil and That White Children Sell Their Soul for “Stolen Land and Stolen Riches” These race monsters will not stop until we stop them. This is now a real war and the Communists want to destroy our children and the nation. They are real monsters who hate and loath us like the Nazis did the Jews. What are the American people going to do? They stole the 2020 Election, so they can freely promote their wickedness. Are we defeated or will we rise like our ancestors did?

Gates Foundation Will Spend $1.4 Billion Pushing Population Control Worldwide At the same time he, is promoting the bio-weapon vaccine to exterminate untold numbers of people!

It Was a Set-Up: Both DC Mayor Bowser and Nancy Pelosi Turned Down National Guard on Jan. 6 – Chris Wray Refused to Tell Trump Admin “There Could be Situation” This was all planned and the feds are rotten to the core! They have targeted us as the enemy, so if it all come together for them, they will try and come for us like the Nazis did the Jews.

Those dying post-vaccine: Where are the autopsies? The CDC doesn’t want the truth to get out, so there are very few autopsies!

**Remember Event 201? World Economic Forum To Execute “Cyber Polygon” Drill On Friday – What Kind Of Mind Control Are They Going To Unleash Now?** This meeting is a war game for the NWO’s next attack against America and the world. It appears the next one is going to be a cyber attack to take down the electric grid and maybe more will which destroy the nation and allow them to move in take control. Remember, these monsters already started the war with the the bio weapons of Covid-19 and the following “vaccine” which is a genetic bio weapon. They really are the grandsons of the Nazis and are carrying out what Hitler intended only on a world-wide scale.

Please grow closer to God because this is real, and he is allowing us to see what is coming in the very near future.

From article:“The COVID-19 crisis would be seen in this respect as a small disturbance in comparison to a major cyberattack,” said Schwab. And, in keeping with every single ruler and master’s theme of never letting a good crisis go to waste (even one fabricated by the ruling class to control the slaves), Schwab added that it was “important to use the COVID-19 crisis as a timely opportunity to reflect on the lessons of cybersecurity community to draw and improve our unpreparedness for a potential cyber pandemic.”

WATCH: Black Father Blasts CRT at School Board Meeting: ‘CRT Teaches My Daughter Her Mother Is Evil’  I think what the Communists really want to do is zero in on white European Christians, but America has not melted down enough yet. Ultimately this is where they are heading to zero in on Christianity. They loath and hate God, the Bible and real Christians!

The Election in Washington State May Have Been Illegal if Machines Used Were Not Properly Certified – Same Likely Occurred in Other States (VIDEO) I have a feeling that the 2020 Election is coming apart from many angles. All we need is one sold victory like in Arizona can give us all the ammo we need to run with this to fight to bring down the corrupt 2020 Election.

Mom, 45, Who Got Job at John Hopkins Hospital Dies After Reaction to Work-Mandated Covid Vaccine At the very end of the article is a video. Please watch this video as it is fantastic. There is so much incredible information coming out it is really overwhelming.

CRIMINAL CDC IN ACTION AGAINST CHILDREN: CDC Targets Unvaccinated Children in New Guidance For Students Returning to School in the Fall

This is proof the CDC is a criminal organization! They are trying to destroy the health of our children!

From article: “The CDC said only fully vaccinated children do not need to wear masks in classrooms:

Children have virtually zero chance of dying from Covid yet the CDC is specifically calling for unvaccinated children to be abused and ‘marked’ with a face mask.”

All of these shots are bio-weapons. The NWO’s medical extermination plans are in high gear. Remember and don’t forget, there is a cure for Covid-19 and all variants! They are lying and want all to take their bio-weapons. These people are Nazis on steroids and their evil plans for mankind have begun,

What I expect next is and take down of both the American and world economy along with wars. Remember also, their goal is to reduce the world population by billions! They act like gods and really are monsters. The antic christ will come from these people. The Bible gives him the name “Beast” which is a perfect fit. They are all “little beasts” while he is the BEAST! These beasts will be responsible for bringing the BEAST to power. I think the Beast, the man of sin, is alive and just waiting to be manifested.

Revelation 13:4 And they worshipped the dragon which gave power unto the beast: and they worshipped the beast, saying, Who is like unto the beast? who is able to make war with him? (5) And there was given unto him a mouth speaking great things and blasphemies; and power was given unto him to continue forty and two months. (6) And he opened his mouth in blasphemy against God, to blaspheme his name, and his tabernacle, and them that dwell in heaven. (7) And it was given unto him to make war with the saints, and to overcome them: and power was given him over all kindreds, and tongues, and nations.

Remember, we are dealing with real tyrants and it is starting to show. The tyrants who are of the NWO or cooperating with it are all starting to manifest before our eyes! God is revealing everything. We see it all manifesting right before us. It appears that God’s end time prophetic plan is really starting to unfold. America may not go the way they planned, so you must be prepared spiritually and physically for what is dead ahead!

1 Thess 1:10  And to wait for his Son from heaven, whom he raised from the dead, even Jesus, which delivered us from the wrath to come.

**Global Human Extermination Plan’s Second Phase Revealed** This is an excellent article showing the NWO’s move to exterminate massive amounts of people. The war on mankind has already began by the NWO. This is a real war on us. This is not off into the future but right now.

HHS Secretary Becerra: “It’s Absolutely the Government’s Business” to Know Which Americans Are Not Vaccinated (VIDEO) They actually think we are their subjects and anyone who defies them they can be identified and crushed. What he just said should put chills running down your spin.

IF YOU DON’T GET THE JAB IN NEW ZEALAND, THEY PLAN TO “GO OUT AND FIND” YOU This is exactly what they plan for America. The NWO means business. They want everyone to be infected with their bio weapon for the massive population extermination.

UPDATE: 6,985 Dead from COVID Vaccine Across the US and 411,911 Adverse Reactions Reported – Now a Top 50 Cause of Death in the Country This statistic tells us what murderers the CDC and the medical institutions are by not stopping the vaccination, when any other one would have been stopped already. They are all part this genetic bio warfare that was unleashed by the insane NWO to destroy the earth’s population and prepare the world for their takeover! This is no illusion, it is happening right before our eyes: NOW! 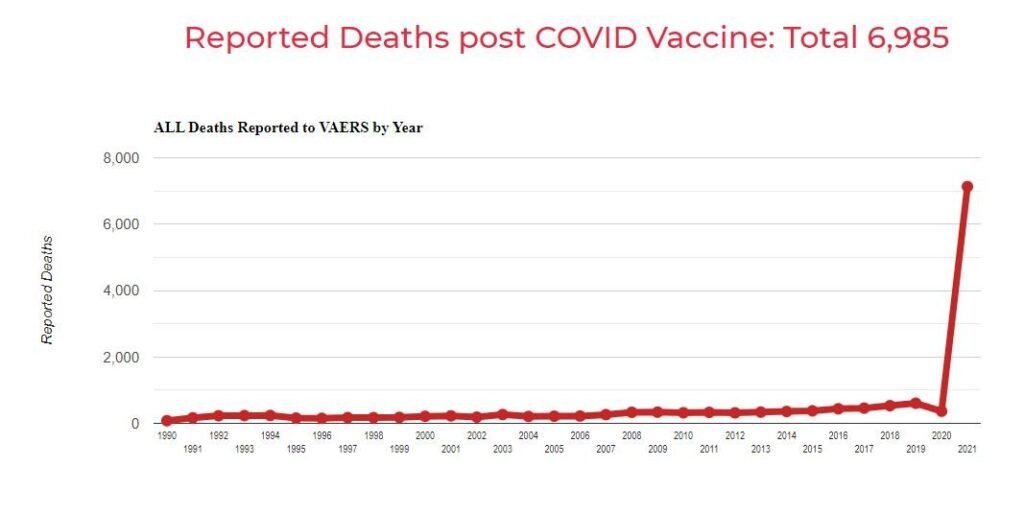