This is just a preview of what is going to happen in the near future when the government ties all this digital information together. We can already the power over the population just by what is happening with social media and the credit cards! This 666 System is coming together right before your eyes!

Revelation 14:9-11 And the third angel followed them, saying with a loud voice, If any man worship the beast and his image, and receive his mark in his forehead, or in his hand, The same shall drink of the wine of the wrath of God, which is poured out without mixture into the cup of his indignation; and he shall be tormented with fire and brimstone in the presence of the holy angels, and in the presence of the Lamb: And the smoke of their torment ascendeth up for ever and ever: and they have no rest day nor night, who worship the beast and his image, and whosoever receiveth the mark of his name. 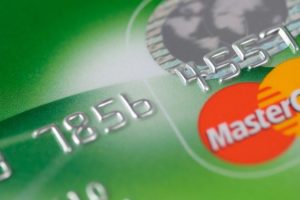 “Leftist Activists Force Mastercard to Vote On Blacklisting The ‘Far Right'”
“The ability to buy and sell goods and services may soon require folks to hold the “right” politically correct beliefs.

From Tim Pool: Activist group “The Sum Of Us” has successfully forced Mastercard to hold a vote that would see the creation of a “human rights committee” to oversee who uses the Mastercard service.

The goal of the leftist activist group is to shut down access for ‘far right’ groups as well as politicians and activists. They stress that stopping to flow of income will stop people they do not agree with.

This may be the most dramatic escalation in the Culture War we have seen yet, the targeting of major financial institutions to shut down opposition. While it sounds noble to ban certain groups we do not like it won’t end there. Massive multi national corporations should not have the right to sever access to basic services based on bad opinions.

Far left social justice activists have pushed for restrictions and censorship and this news marks the most dramatic escalation we have seen yet.” 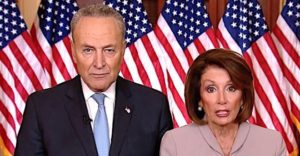 “Democrats preparing ultimatum for people of faith” This is real serious as the dems want to destroy the church in America. They are not playing games, but they literally despise us and want us destroyed.
We need revival for survival.

“The Alliance Defending Freedom, a powerhouse of civil and religious rights advocacy, has joined other groups in denouncing the Equality Act proposed in the Democratic-majority House as a threat to faith.

WND reported it would amend the Civil Rights Act to prohibit discrimination on the basis of sexual orientation and gender identity in employment, housing, public accommodations, public education, federal funding, credit and the jury system. And it would specifically prevent Christians from relying on the Religious Freedom Restoration Act to uphold their religious rights. 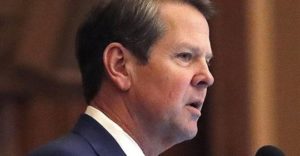 “GA Gov. Stands Up to Hollywood Elite, Signs ‘Heartbeat’ Abortion Ban Despite Pressure From Celebs” The nation is literally dividing over abortion. NY and Virginia want to kill the babies even after their born, and yet states like Georgia want to end abortion. We really are a split nation with no common ground.
I will not compromise with the killing of babies in the womb.
The reprobate mind loves to kill babies in the womb.

Actress and activist Alyssa Milano is one of the most vocal critics of H.B 418, which passed the Georgia state Senate in March. The measure would ban abortion after a fetal heartbeat is detectable, usually somewhere between six and seven weeks into pregnancy. In response, Milano launched a campaign encouraging Hollywood stars to stop doing business in Georgia, which has been referred to as the “Hollywood of the South.” 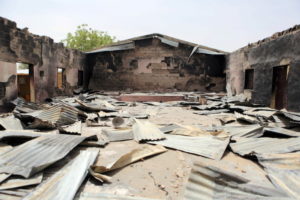 Matthew 16:18 And I say also unto thee, That thou art Peter, and upon this rock I will build my church; and the gates of hell shall not prevail against it.

I have on event like this for a long time and said all there is to say. This is a murdering spirit being loosed to try and destroy God’s people. It will fail.

“At least 900 Christian churches have been destroyed at the hands of Boko Haram in northern Nigeria, as part of the Islamic radical group’s campaign to drive out all Christians from the north, the youth wing of the Christian Association of Nigeria reported.

CAN said that the “carnage” being carried out against Christians is “not accidental,” and argued that continued attacks in Southern Kaduna, Plateau, Benue, and Taraba communities show that Boko Haram’s war on followers of Christ, which started in 2009, continues in full force.” 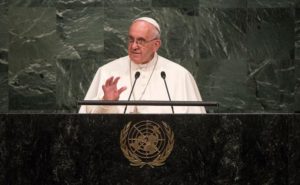 “Globalist Pope Francis calls for new ‘supranational’ authorities that would to rule countries and enforce UN goals” This event slipped under the radar. The pope is not even hiding what he is: a one-world, nation destroying, Communist, zealot. He is a forerunner for the antichrist system and preparing the way for the man of sin. Have you noticed how this pope just loves Islam?
Wow, all of sudden there seems to be an acceleration towards end times events. There is no doubt that this pope is going to be a major player in these events. He is helping to bring about the Babylonian System which will bring the antichrist to power!

Revelation 17:5 And upon her forehead was a name written, MYSTERY, BABYLON THE GREAT, THE MOTHER OF HARLOTS AND ABOMINATIONS OF THE EARTH. (6) And I saw the woman drunken with the blood of the saints, and with the blood of the martyrs of Jesus: and when I saw her, I wondered with great admiration.

Speaking to members of the Pontifical Academy of Social Sciences in the Vatican’s Apostolic Palace, the Pope said: “When a supranational common good is clearly identified, there is need for a special legally constituted authority capable of facilitating its implementation.”

“Think of the great contemporary challenges of climate change, new slavery and peace,” he told members of the Pontifical Academy, who are meeting this week at the Vatican for a plenary session themed: “Nation, State, Nation-State.” 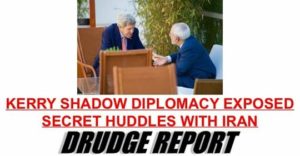 “Trump Says John Kerry “Violated Logan Act” and ‘Should Be Prosecuted’ For Negotiating With Foreign Government (VIDEO)” This is wonderful news and I hope that he is arrested. The entire Hard Left are traitors to America and are part of the one world government. Kerry was a real hater of Israel and at the end of Obama’s administration tried everything he could do to hurt Israel. It is good if he is guilty of this crime. We need action against the deep state and some have to start going to jail.

“President Trump on Thursday called for former Secretary of State John Kerry to be prosecuted for violating the Logan Act.

“John Kerry violated the Logan Act,” Trump said. “He’s talking to Iran and has been, has many meetings and many phone calls and he’s telling them what to do. That is a total violation of the Logan act.” 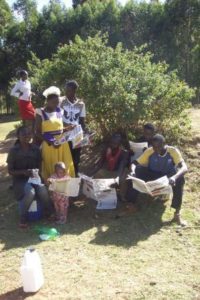 Peace and the Grace of God be multiplied to you Pastor and a Friend Dave.

With all joy I want to say that God has been on my side and I have all reason to praise Him for allowing me to be working you under same Vineyard. God helped to share the Materials to the community and I took some pictures, some people gave their lives to Christ as we are speaking they are living a holy lives knowing that we are in ends time and they are confessing the Faith of Jesus Christ. Thank you for the 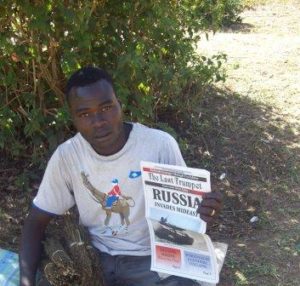 Materials and the Revelation that God you to share to the Lord. I will really appreciate if you humbly send another Box to me.
In Christ…….
Pastor S. N.
Shalom.