2 Timothy 3:1 This know also, that in the last days perilous times shall come. (2) For men shall be lovers of their own selves, covetous, boasters, proud, blasphemers, disobedient to parents, unthankful, unholy, (3) Without natural affection, trucebreakers, false accusers, incontinent, fierce, despisers of those that are good, (4) Traitors, heady, highminded, lovers of pleasures more than lovers of God; 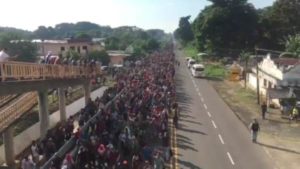 “We all knew why Democrats support open borders. We all knew their goal was more imported dependent voters. Finally one Democrat pundit comes clean.

David is a contributor at the Washington Monthly and far left Rolling Stone.” 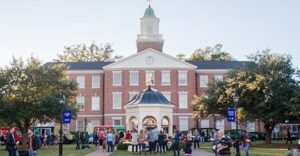 “Woke” SEBTS Teaching That White People Shouldn’t Pastor Multi-Ethnic Churches” Flee from any church that promotes racism including blaming white people because of the color of their skin. These churches are being infiltrated by the Hard Left and probably Communists.

“Southeastern Baptist Theological Seminary (SEBTS) has an “Office of Kingdom Diversity” — a program that hosts events such as Martin Luther King Jr. and Malcolm X read-ins. It exists to promote liberal ideology such as “white privilege,” “white guilt,” and a general indignation toward a predominantly white society and its culture. In other words, it exists to teach seminarians that to be white is shameful and “whiteness” must be eradicated.

The whole idea of “whiteness” the inherent guilt upon which atonement must be made has made its way throughout the entire spectrum of Evangelical-dom. Matt Chandler, pastor of Village Church, is a strong proponent of “white guilt” theology and has even said that he would hire an “African American 7” over an “Anglo 8” for no other reason than the color of their skin.” 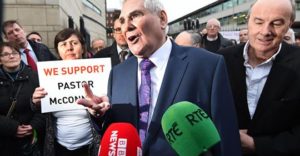 “The unlawful arrest of a Christian street preacher in London has drawn attention to the continuing use of hate speech laws to silence Christians in multicultural Britain — even as incendiary speech by Muslim extremists is routinely ignored.

On February 23, Oluwole Ilesanmi, a 64-year-old Nigerian evangelist known as Preacher Olu, was arrested at Southgate Station in North London after complaints that his message about Jesus was “Islamophobic.” A video of the arrest, viewed more than two million times, shows how two police officers ordered the man to stop preaching because “nobody wants to listen to that,” confiscated his Bible and then arrested him for “a breach of peace.” 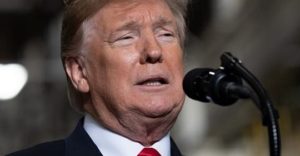 “Trump says time has come for US to ‘recognize Israel’s sovereignty’ over Golan” This is great news. Once again, the President takes the lead to bless Israel and follow God’s prophetic plan for Israel. I remember President Clinton and Bush Jr, stating Israel had to give the Golan to Syria.
President Trump is the only President, since Truman, to move and support Israel like this!

“US President Donald Trump said Thursday that the time has come to “fully recognize” Israeli sovereignty over the Golan Heights, in another monumental shift in US Mideast policy by his administration.

“After 52 years it is time for the United States to fully recognize Israel’s Sovereignty over the Golan Heights, which is of critical strategic and security importance to the State of Israel and Regional Stability!,” Trump tweeted.

Following the announcement, Prime Minister Minister Benjamin Netanyahu spoke with Trump by phone to thank him. “You made history,” his office quoted him telling the US president.” 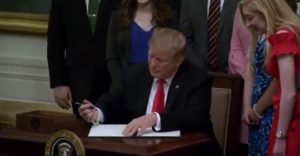 President Trump Signs Executive Order to Protect Free Speech on College Campuses” This is yet another wonderful move by the President. I hope it breaks the back of the Hard Left censors who are trying to control speech in the colleges. They hate us and will everything possible to shut down our speech.

Revelation 22:20 He which testifieth these things s things saith, Surely I come quickly. Amen. Even so, come, Lord Jesus.

The executive order declares that twelve federal grant agencies and the Office of Management and Budget be sure that any colleges receiving research or education grants are upholding the freedom of speech and principles of free inquiry. It will not apply to student aid.” 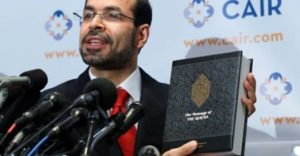 “VICTORY! Parents Sue San Diego School District For Trying to Force Pro-Islam CAIR Propaganda On Their Kids – AND WIN!”
This is a great victory, and we must fight the Hard Left and the Muslims at every chance as they try and destroy America as we know it.
This is a real culture war, and you must understand that the Hard Left loathes us and wants to destroy everything connected with our culture including us. This is a real war, and they love Islam because it is against Christianity.

“Under the terms of the court settlement: “Educators should treat each religion with equal respect, with the time and attention spent discussing each religion being proportionate to its impact on history.”
“Educational material on religious subjects must be neutral and may not be presented in a manner that promotes one religion over another.”
“Educators or other staff sponsoring guest speakers at District events must ask them not to use their position or influence on students to forward their own religious, political, economic or social views and shall take active steps to neutralize whatever bias has been presented.”
“Guest speakers from religious organizations are not permitted to present to students on religious topics.”

“This is a tremendous victory, because CAIR intended this plan to be a pilot program for a nationwide rollout,” said Daniel J. Piedra, executive director of the Freedom of Conscience Defense Fund. “I thank the Forum for its support of this critical case.”

“Israel vows to confront Iran in Syria – TV7 Israel News”
This is an update of what is happening in Israel. 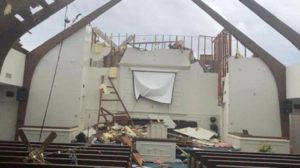 “40 children sang ‘Jesus Loves Me’ as tornado ripped roof off church, all survived”I’m so delighted that this ended well. The people said the Lord protected them during the storm.

“Members of the Mt. Zion Baptist Church in McCracken County, Kentucky, are thanking God after 40 preschoolers and 10 staff members escaped from their building unharmed after a tornado ripped the roof off their church.

A powerful EF2 tornado with wind speeds of up to 135 mph wreaked havoc on their community and ripped the roof off the church as the children sang spiritual songs inside last Thursday.

“God was definitely with us,” preschool director Michelle Rushing told news station WPSD. “The secretary and I walked through the doors just as we heard our glass breaking and felt the suction sucking the roof off.” 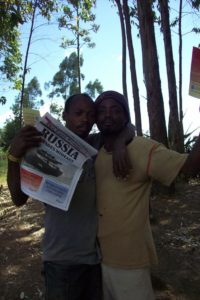 Dearest in the Lord Pastor Dave, greetings in the mighty Name of Jesus Christ, my mission was blessing over here 81 new family members joined the Body  of Christ through your Materials that you gave me. Also when I was sharing the Materials, they brought one person who was sick of Malaria and I prayed for him in Jesus Name and the Lord Healed him! I have attached pictures of what the Lord did in our midst. God bless you  as  I look forward to read from you.
In Christ..pastor K 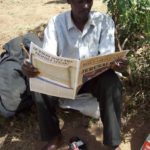 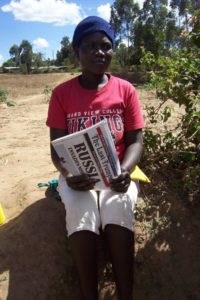