Deuteronomy 28:43 The stranger that is within thee shall get up above thee very high; and thou shalt come down very low.

2 Chronicle 7:13,14 If I shut up heaven that there be no rain, or if I command the locusts to devour the land, or if I send pestilence among my people; If my people, which are called by my name, shall humble themselves, and pray, and seek my face, and turn from their wicked ways; then will I hear from heaven, and will forgive their sin, and will heal their land. 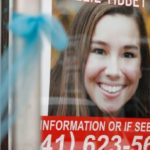 “The suspect in the murder of Iowa college student Mollie Tibbetts is a 24-year-old illegal immigrant from Mexico who had been living in the area for up to seven years, officials revealed Tuesday.

Cristhian Bahena Rivera was apprehended more than a month after the 20-year-old University of Iowa student disappeared, Rick Rahn, special agent in charge with the Iowa Division of Criminal Investigation, said during a news conference. Tibbetts was last seen jogging on July 18 near Brooklyn, Iowa — in Poweshiek County, where Rivera lives.

A body believed to be Mollie Tibbetts was discovered earlier Tuesday and Rivera led authorities to the location, Rahn said, adding that her body was found hidden in a corn field beneath several corn stalks.” 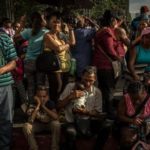 “Swamped in Inflation, Venezuela Will Cut Five Zeros from Currency” When Hugo Chavez attacked Israel about 8 years ago, Venezuela was a very wealthy. I warned about God’s judgment on this nation for becoming Israel’s enemy.
I reported the downward spiral until it was destroyed, and I stopped reporting. This is an update to show Venezuela is in the final stage of death as a nation.
A 7.3 earthquake just hit on top of the total economic collapse. Wherever this quake struck was destroyed.
We need to ask for God’s mercy on this nation; that his people would rise up; and they would lead the nation in repentance of an outpouring of the Holy Spirit.
What is happening to Venezuela is a warning to what could happen to America without a revival for survival!

“Faced with nearly incomprehensible inflation — 32,714 percent as of Wednesday — Venezuelan officials thought they had a solution: They changed the color of the bank notes and increased their denomination. Then they said they would lop off three zeros. And when that didn’t seem enough, they announced they would cut off two more.

Slashing zeros from Venezuela’s inflation-cursed currency, the bolivar, is the tent-pole of a set of economic changes by President Nicolás Maduro as he tries to right his country’s capsized economy. The five-digit inflation has earned Venezuela comparisons to the hyperinflation of Zimbabwe and Weimar Germany from the International Monetary Fund.

The newly minted currency, which will be known as the “sovereign bolívar,” will be rolled out Monday. In addition, the president has ordered measures his United Socialist Party has been loath to consider in the past: An increase in gas prices for some drivers and a modest ease in the currency controls that have made dollars inaccessible to most Venezuelans for years.” 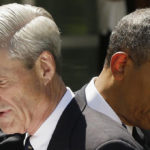 “Army of FBI Whistleblowers is Preparing to Testify Against Mueller” I so hope they tell the truth, and it leads to Mueller going to jail. This attempted coup against President Trump has to stop, and the evil perpetrators put in jail.
It is very frustrating to watch this attack never end, but the good thing is day after the revelations of the crimes of the deep state keep coming out!
The weight of the criminal evidence is so great that justice has to come to the deep state.

Isaiah 59:13 In transgressing and lying against the LORD, and departing away from our God, speaking oppression and revolt, conceiving and uttering from the heart words of falsehood. (14) And judgment is turned away backward, and justice standeth afar off: for truth is fallen in the street, and equity cannot enter. (15) Yea, truth faileth; and he that departeth from evil maketh himself a prey: and the LORD saw it, and it displeased him that there was no judgment.

“An “army” of FBI officials says they are preparing to blow the whistle on Robert Mueller and expose his alleged illegal activities, according to reports. Special Counsel Mueller’s record as FBI director is about to be shattered as a coalition of whistleblowers, who previously served under him, is willing to testify about his criminal activity. House Judiciary Committee chairman Rep. Goodlatte is currently preparing to interrogate Department of Justice official Bruce Ohr, husband of Fusion GPS operative Nellie Ohr. 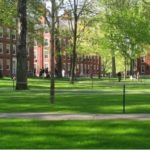 “Colleges offer ‘Queering the Bible’ classes” The promotion of homosexuality is the sure sign these universities have been judged by the Lord and given over to a reprobate mind. They are ready to be judged by fire. I hope God in his mercy puts and end to these vectors of sin and corruption.
See my teaching on Homosexuality vs God’s Holiness


“Reading the Bible through the lens of “queer” sexuality is the subject of a number of courses at colleges and even seminaries across the nation, according to Campus Reform. Students at Harvard Divinity School, for example, will be offered a course this fall on “Queer Theologies, Queer Religions,” which will explore the “project of ‘queer theology’” and how it relates to “larger aspirations of queer religion or spirituality in America.”

The students, according to a course description, will begin by “sampling the efforts to revise traditional Christian theologies in order to accept or affirm same-sex loves.” 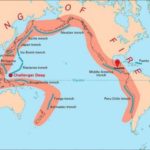 Luke 21:10,11 Then said he unto them, Nation shall rise against nation, and kingdom against kingdom: And great earthquakes shall be in divers places, and famines, and pestilences; and fearful sights and great signs shall there be from heaven.

“Is something unusual starting to happen to the crust of our planet? The USGS defines any earthquake of at least magnitude 4.5 as “significant”, and there were 53 earthquakes that met that criteria along the Ring of Fire on Sunday alone.

Much of the seismic activity on Sunday was near the small island nation of Fiji, and it is true that Fiji often experiences earthquakes because it sits directly inside the Ring of Fire… Fiji falls in the Pacific Ring Of Fire – a massive horseshoe-shaped area in the Pacific basin. The ring is formed of a string of 452 volcanoes and sites of seismic activity (earthquakes), which encircle the Pacific Ocean. Roughly 90 percent of all earthquakes occur along the Ring of Fire, and 75 percent of the world’s active volcanoes are dotted along the expansive ring.

It certainly is not unusual to see earthquakes happen along the Ring of Fire, but what was unusual about the activity on Sunday was the size of the earthquakes. The largest quake on Sunday was a massive magnitude 8.2 earthquake that could have done an enormous amount of damage if it had been closer to the surface… A massive quake of magnitude 8.2 struck in the Pacific Ocean close to Fiji and Tonga on Sunday but it was so deep that it did not cause any damage, authorities in Fiji said.”