John 15:18 If the world hate you, ye know that it hated me before it hated you.

What just happened in Chicago shows the depth hatred against the church from a Hard Left, Communist, lesbian in political power. This is just the beginning because they taste blood. They are at war with us and will keep going until they are destroyed politically or we stop them.
Remember what I said many, many times, they hate us as much as the Nazis did the Jews. This hatred is manifesting right now in front of your eyes. Think what will happen if they win the House, Senate and Presidency!
We need revival for survival.

HARD LEFT RUTHLESS AGAINST THE CHURCH 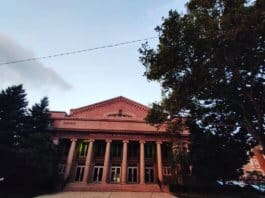 “As reported by CBS Chicago, Mayor Lori Lightfoot ordered a parking ban from 7 a.m. to 9 p.m. Sunday in the neighborhood of Philadelphia Romanian Church in response to its intention to hold services.

On Sunday morning the tow trucks descended – not just on churchgoers, but on residents and everybody else, and on a private lot used by parishioners. Read this from Second City Cop:

City tow trucks arrived and yanked the vehicles of every single resident, including numerous elderly people and a more than a few nurses coming in from the night shifts and impounded them for violation of the signs that got posted Saturday with under twenty-four hours’ notice. The city also closed the private lot that the church used for parishioners in some half-assed attempt to force church-goers to park on the streets, streets listed as temporary tow zones to snatch their cars, too.

So all the residents WHO HAD NOTHING TO DO WITH THE CHURCH are on the hook for tickets and towing and damages to their cars – because we all know exactly how gently City tow drivers are with someone else’s property.” 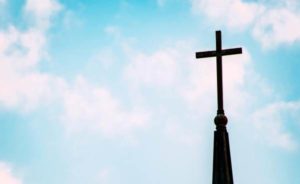 “Mississippi Church Suing Over Coronavirus Restrictions Burned Down in Arson Attack, Authorities Say” Is this the start of attacks by those who hate God and need any excuse to start a war?

“A Mississippi church that defied Coronavirus restrictions was targeted in an arson attack this week. The First Pentecostal Church of Holly Springs was suing government officials over the authoritarian lockdown after police ordered church members to disperse on Easter Sunday.

The church fought back after it received a citation for violating ‘social distancing’ orders for allowing up to 40 people to congregate for Bible study. On Wednesday the church was destroyed in a fire.” 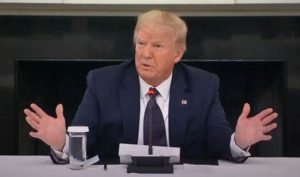 “President Trump Admits He Is Taking Life-Saving Drug Hydroxychloroquine as Prophylaxis Against the Coronavirus” This is great news. By the President doing this, he has destroyed the entire plan of the Hard Left to use the Coronavirus to crush the US economy and enslave us! The cure is now out in the open for the entire nation to see! This is a great day as the President has blocked this insidious attempt by the NWO to slam dunk America under their control.
Make sure to be thankful before the Lord for what he just did! The Lord is NOT finished with America. We need to keep the nation in prayer for protection and an outpouring of the Holy Spirit. What a time we live in!

“During his press conference with restaurant owners on Monday President Trump announced he was taking the life-saving drug hydroxychloroquine as a prophylaxis against the Wuhan coronavirus.

President Trump admitted he has been taking Hydroxychloroquine for “a couple weeks” The president added that he spoke with the White House doctor before he started taking the anti-malarial drug.
Hydroxychloroquine has been deemed the most highly rated treatment for the novel coronavirus in an international poll of more than 6,000 doctors.”Democrats have been on a jihad against the drug ever since President Trump announced its success in treating the coronavirus.” 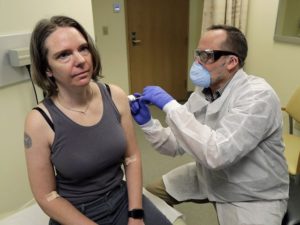 “Gov. Tom Wolf: Pennsylvania Cannot Return to Normal Without ‘Foolproof’ Vaccine”
This governor is determined to destroy the state. His target is the middle class because the Hard Left hates the middle class in America along with the Christians. The battle is playing out before eyes. There is a cure and it is called hydroxychloroquine which politicians like this governor suppress, so he oppress the people!

When asked if the return of large events are contingent on a vaccination, Wolf said Pennsylvanians need to be confident that the novel coronavirus is under control and treatable. He said he believes it will take a vaccine or “some assurance that they’re not going to get sick” to attend big events, go shopping, and return to school.

“Ultimately I think what it’s going to take for everybody to feel safe going to a Penn State game or a basketball game is that they have some confidence that they’re not going to get sick by being in close contact with somebody else,” Wolf said, noting that the state is focusing on testing and contact tracing.” 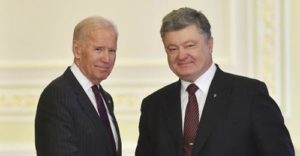 “VIDEO WITH CAPTIONS of JOE BIDEN and Ukrainian President Poroshenko Phone Call Discussing FIRING VIKTOR SHOKIN Who Was Investigating His Son — FOR IMF LOAN!!”
I have said this many times. God’s curse is hovering over Joe. He led the charge against God’s institution of marriage between a man and woman. He boosts about this! God have given Joe several years to repent, but he has only gotten harder. This is not going to end well for Joe and the dems.

The men discuss the firing of then State Prosecutor Shokin in order to prevent an investigation into Biden’s son, Hunter Biden, and other criminal actions.Victor Shokin was investigating Joe Biden’s son Hunter at the time and his work at Burisma Holdings.Joe Biden was US Vice President under Obama.Poroshenko eventually complied and fired Shokin. This presentation with the phone call audio was delivered earlier today in Ukraine.” 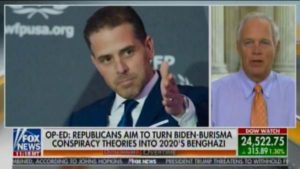 “Democrats Panic After Senate Homeland Security Panel Approves Hunter Biden Probe Subpoenas (VIDEO)” This is so exciting. The Republicans are finally showing some signs of life! It looks like Hunter is easy pickens because everything is out in the open!

“Democrats are PANICKED after a Senate panel announced plans to issue subpoenas related to Hunter Biden and corruption at Burisma Holdings.Senate Republicans approved subpoenas in their investigation of Hunter Biden and Burisma on Wednesday.

This comes the day after Ukrainian officials released the recordings of Joe Biden and former Ukrainian President discussing their quid pro quo agreement on firing the prosecutor who was investigating Hunter Biden in exchange for IMF funding.”

THE IMAGE OF THE BEAST 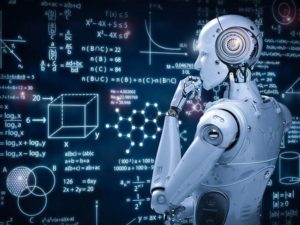 “Reaching the Singularity May be Humanity’s Greatest and Last Accomplishment” The Singularity is getting very close. This means that man’s brain and thinking can be merged with AI and a computer. I think it is going to happen which the Bible refers to as the Image of the Beast in Revelation 13.The Image will be worshiped which makes it an idol. This mess is destroyed at the Second Coming of Jesus Christ!

The authors don’t know when the singularity will come, but come it will. When this occurs, the end of the human race might very well be upon us, they say, citing a 2014 prediction by the late Stephen Hawking. According to Kurzweil, humans may then be fully replaced by AI, or by some hybrid of humans and machines.” 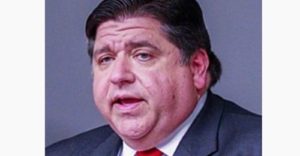 “Illinois State Police Defy Tyrannical Governor — WILL NOT Arrest, Jail Business Owners for Breaking Lockdown” What the state police are doing is music to my ears! We need to close ranks from everyone and stand against these tiny tyrants!

“Last week Illinois Democrat Governor J. B. Pritzker warned the people of Illinois the state in lockdown and businesses shut down until the end of May. He later told CNN the citizens of Illinois could be ordered to socially distance and wear masks indefinitely.

Devastatingly true with such humor. 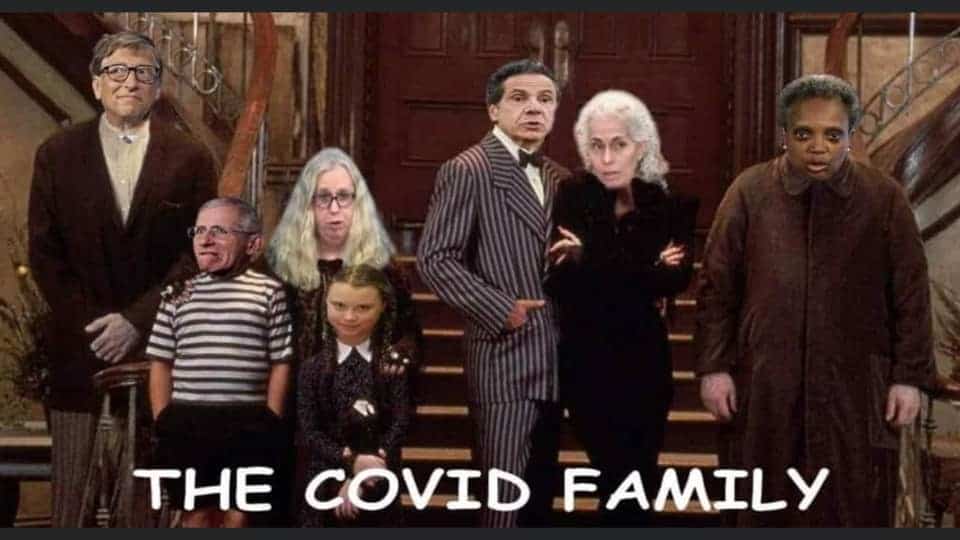 MEME: The Covid Family
This is too funny and so well done.
Some of these memes are