After reading this article, it is very clear that the huge numbers of Americans have abandoned the Bible, but they are looking for something else. The antichrist will fill this void. The spiritual foundation of America is crumbling very fast, and the Bible is very clear to what happens to nations that turn from the Lord.
We need revival for survival! 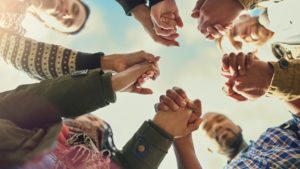 2 Thess 2:9,10 Even him, whose coming is after the working of Satan with all power and signs and lying wonders, And with all deceivableness of unrighteousness in them that perish; because they received not the love of the truth, that they might be saved.

“Even those Americans who have abandoned Christian churches, for example, find themselves searching for an adequate replacement.

“Atheist churches,” have been formed across the country, aiming to “offer some features of a religious congregation (fellowship, collective enjoyment, a stimulus to moral behavior).” These congregations meet on Sundays and some “include ‘Sunday School’, where children go while parents attend ‘services.’”

When asked if these “atheist churches” could be described as a form of religion, the founder of the Seattle Atheist Church responded with a “definite ‘yes.’” It appears that Americans, particularly millennial Americans, “are not abandoning organized religion to become secular, science-loving humanists.” Instead, many millennials who have rejected Christianity still “believe in the soul, divine energy, (and) mystical realities.”

So, while we Americans may report that we’re less likely to identify ourselves with Christianity, we haven’t yet rejected many core supernatural beliefs common to the faith, nor have we resisted our predisposition to form communities that resemble traditional congregations. Try as we might, it won’t be easy to abandon our religious identity.” 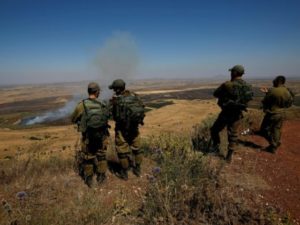 “Israel Prepares for War on Two Fronts, Gaza and Syria” This an update an the possible breakout of war. Hamas aggression against Israel exploded this week along with Syria sending drones into Israel. All of this is pointing to a major clash. Iran has to be behind this or Hamas would never attack like this on its own.

“Israel and Gaza appear close to full-scale war today for the first time since 2014, despite the announcement that both Hamas and Islamic Jihad in Gaza had agreed to a ceasefire mediated by Egypt. However, it is unclear whether the ceasefire is holding.

According to Israel’s military (IDF), since Friday afternoon Hamas has launched 200 rockets and mortar shells across the border into Israel, causing property damage and three injuries.

In retaliation, Israeli aircraft on Saturday attacked more than 40 targets in Gaza in the most extensive daytime assault since the 67-day war with Gaza in 2014. The IDF says that targets included urban warfare training facilities, weapon storage warehouse, training compounds, command centers, and offices in Hamas’s Battalion headquarters. This was the first time recently that Israel struck targets in the heart of Gaza city. Palestinians said two teens were killed and 14 injured in the Israeli strikes.” 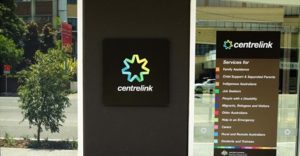 “A NEW controversial system may soon see welfare recipients required to have their face scanned and analysed before they can access their payments. The system, which will also affect people trying access Medicare and childcare subsidies, age pension and pay tax online, is part of a new biometric security program that is set to begin in October.

Under the new strategy those trying to access these government services will be required to take photo to create a myGov ID, which will then be checked against driver’s licences and passports to confirm their identity. Human Services Minister Michael Keenan has hopes the plan will see Australia become a world leader in “digital government” by 2025. When fully rolled out the digital identity solution will allow users access to almost any government agency through one single portal, with the trial allowing 100,000 people to apply for a Tax File number online.” 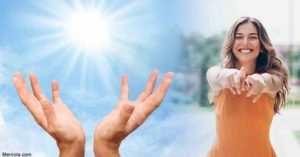 “For Optimal Health, Make Sure You Have a Vitamin D Level of 60 ng/mL” If you never had your Vitamin D3 level tested, you should as it is the key to your health. I highly recommend the test. It cost $65.

“Vitamin D is involved in the biology of all the cells and tissues in your body, including your immune cells. Your cells need the active form of vitamin D to gain access to the genetic blueprints stored inside
While the American Medical Association considers 20 nanograms per milliliter (ng/mL) sufficient, a compelling body of research suggests 40 ng/mL is the cutoff for sufficiency and that 60 to 80 ng/mL is an ideal level for health and disease prevention
Seventy-five percent of American adults and teens are deficient in vitamin D, based on a sufficiency level of 30 ng/mL. Since 30 ng/mL is still on the low end, most are bound to have insufficient levels for optimal health
Avoiding all sun exposure to lower your risk of skin cancer will raise your risk of internal cancers and many other health problems instead. A vitamin D level of 40 ng/mL lowers your risk of cancer by 67 percent, compared to having a level below 20 ng/ml
A vitamin D level above 60 ng/mL lowers your breast cancer risk by more than 80 percent, and a level of 40 ng/mL lowers the risk of premature birth by 60 percent. There’s also a strong inverse relationship between vitamin D and other cancers, including colorectal cancer, which is the third leading cancer killer in the U.S.”