Jeremiah 33:3 Call unto me, and I will answer thee, and shew thee great and mighty things, which thou knowest not.

This is what we have been waiting for. Finally, there is legal action against some of the Clinton Crime Cartel (CCC) members! Once investigations begins, the CCC members will turn on each other as they are going to face severe jail time!
What a sight to see, Hillary and B. Hussein perp walked into the big house. The Lord seems to be directing these events, so we just might see real justice as the deep states starts to crack!

Looking for the Blessed Hope, the coming of Jesus Christ for his bride.

Philippians 3:20 For our (citizenship) is in heaven; from whence also we look for the Saviour, the Lord Jesus Christ: Who shall change our vile body, that it may be fashioned like unto his glorious body, according to the working whereby he is able even to subdue all things unto himself.

The Counteract Against the Deep State Begins 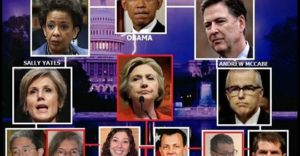 “President Trump’s attorney, former New York City Mayor, Rudy Giuliani outed former Obama CIA Director John Brennan as the man in charge of ‘Spygate’. Rudy claims Brennan orchestrated the ‘Spygate’ scandal and was the quarterback:
It appears that the men in Nellie’s life did all they could to prevent Nellie Ohr from being outed for being involved in the dossier because she also has links to the CIA and therefore to Brennan.

If Brennan is outed as the quarterback of the dossier scandal, then by association, so is his boss, former President Obama.

Now we know that communist sympathizer Nellie Ohr, and the men who surrounded her, her husband, business partners, John Brennan, and by association President Obama, were all connected. Together they attempted to prevent Candidate Trump from being elected and later to remove duly elected President Trump from office.

Draining of the Deep State Swamp! 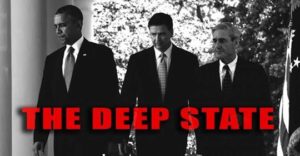 “REVEALED: NOT ONE SINGLE ‘RUSSIAN ASSET’ USED TO ENTRAP TRUMP CAMPAIGN OFFICIALS WAS RUSSIAN – NOT A SINGLE ONE!!”
This is a great article full of good information. The noose is getting tighter around all these deep state agents. The Lord is in the process of exposing all their crimes and sending them to the Big House where they belong!

It’s become clear to us and others that the Mueller investigation into whether candidate and President Trump and his team colluded with Russia is missing one thing – a genuine authentic Russian that committed any real crime.” 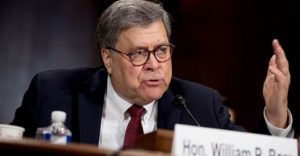 “AG Barr gets attacked because his probe endangers powerful people” This is wonderful news. The deep state dems can feel the rope being placed around their necks with no way to stop it! They fired all their ammo at President Trump and nothing happened to him, but now they face incoming with no way to defend themselves! I can hear the sludge pumps starting for draining the swamp.
Remember, as the deep state starts to crack, we want all their pedophile rings exposed along with satan worshiping. We might as well as the Lord for ALL of it!

Psalm 2:4 He that sitteth in the heavens shall laugh: the Lord shall have them in derision. (5) Then shall he speak unto them in his wrath, and vex them in his sore displeasure.

“But most of it is likely fear. Mr. Barr made real news in that Senate hearing, and while the press didn’t notice, Democrats did. The attorney general said he’d already assigned people at the Justice Department to assist his investigation of the origins of the Trump-Russia probe.

He said his review would be far-reaching – that he was obtaining details from congressional investigations, from the ongoing probe by the department’s inspector general, Michael Horowitz, and even from Mr. Mueller’s work. Mr. Barr said the investigation wouldn’t focus only on the fall 2016 justifications for secret surveillance warrants against Trump team members but would go back months earlier.

He also said he’d focus on the infamous “dossier” concocted by opposition-research firm Fusion GPS and British former spy Christopher Steele, on which the FBI relied so heavily in its probe. Mr. Barr acknowledged his concern that the dossier itself could be Russian disinformation, a possibility he described as not “entirely speculative.”

He also revealed that the department has “multiple criminal leak investigations under way” into the disclosure of classified details about the Trump-Russia investigation.” 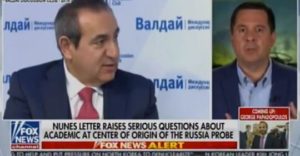 “MUELLER GETS CAUGHT! Devin Nunes Just Caught Dirty Cop Mueller Lying to American Public about Joseph Misfud (VIDEO)” This is wonderful news. Mueller lied in the report that a key figure was a Russian agent when he actually worked for the FBI! The Lord is going to expose all their lies. The more they lie the deeper and greater is their snare! They will be snared by there own words.

Proverbs 12:13 The wicked is snared by the transgression of his lips: but the just shall come out of trouble.

THIS IS DEVASTATING NEWS FOR ROBERT MUELLER AND THE DEMOCRATS ON THE SPECIAL COUNSEL — who lied in their report on their operative Joseph Mifsud who was NOT a Russian operative as the Mueller report claimed he was.

On Friday Rep. Devin Nunes (R-CA) joined Sean Hannity to discuss his letter to the State Department, FBI and CIA. Nunes caught dirty cop Robert Mueller in a complete lie. Mueller and his gang of angry Democrats reported in their report that Joseph Mifsud was a Russian operative. It has been widely reported that Mifsud was a deep state operative who trains CIA and FBI agents in Italy. And Devin Nunes knows this.

Robert Mueller could be in serious trouble for withholding this information from the American Public.”

This is awesome and brought a tear to my eye! 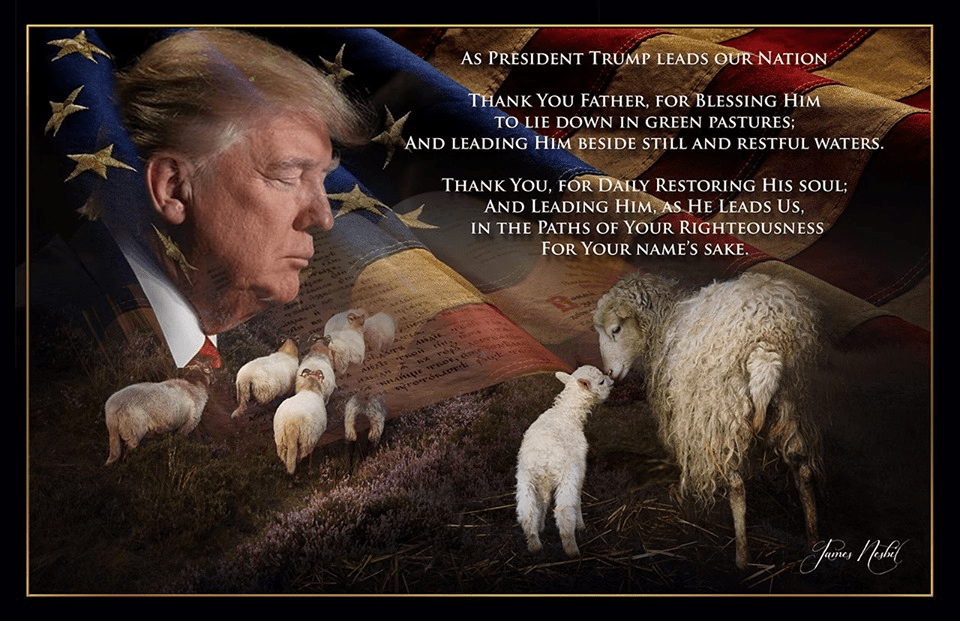 1 Timothy 2:1,2 I exhort therefore, that, first of all, supplications, prayers, intercessions, and giving of thanks, be made for all men; For kings, and for all that are in authority; that we may lead a quiet and peaceable life in all godliness and honesty. (3) For this is good and acceptable in the sight of God our Saviour;

The ‘Left Would Kill Us’ Christians Today” This pastor understands the hatred the Hard Left has for us. It is a blinding hatred and is exactly like the loathing the Nazis had for the Jews. When we understand this murderous hatred for us, then we know how to pray and stand against this evil. We know it is a real war and how we have to prepare for it.
Always remember, their hatred for us is so great, they are compelled to take the fight to us. Our mere presence drives them insane. They have reprobate minds and, therefore, hate God which makes them loath us.

“Rev. E.W. Jackson, a Protestant pastor, Marine, Harvard Law grad, and great-grandson of Virginia slaves, said that under the “right circumstance,” the left “would kill” Christians today because, like the Communists, their hatred is “profound” and they rationalize that in killing Christians they are doing the world a favor.

“I’m not saying all of them,” he added, “but I think many of them would kill us because their hatred is so deep. It is so profound, it is so toxic that I think they would rationalize it to themselves that the world would be a better place [without Christians], which is what Communists always do.”

“That’s what Communists always do,” he said. “They say, well, the world would be a better place without them. And so, in killing them, we do the world a favor.” 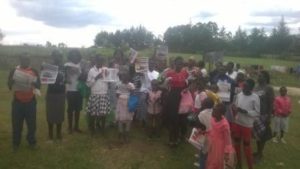 Beloved Brother Dave, Greetings to you?.I hope all is fine with you.
My Mission was with some challenges ,but the Grace of God I was able to share the Word. Some people

never wanted to listen from me ,but the Lord spoke to go the next Community where I was received and people listened to me when I was sharing what is written in Materials.
I took pictures and I just arrived home on Monday. I have attached pictures, the Box and also the Receipt from the Postal Office . I will be glad if you can send another Materials to us for the Next Trip that’s is at
the Door..
In His Love & Care. Pastor M M 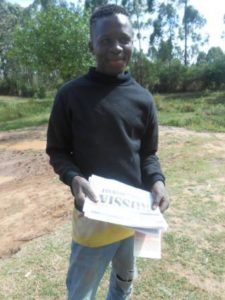