The Image of the Beast

Tampering with the integrity of man is a KEY sign of the Second Coming of Jesus Christ. God will put a stop to this at His return. It appears from Revelation 13:15 that man will succeed in creating a transhuman, which the Bible calls “The Image of the Beast.” What I am posting is NOT science fiction.

From charting the advancement toward a transhuman being, it is possible to get an idea how close man is to God’s judgment. God must stop the creation of transhumans because these creatures are not created in His image and likeness; therefore, they cannot be redeemed through the gospel of Jesus Christ.

What I do in this blog is keep the reader on the cutting edge of technology advancements that are directly leading to the Image of the Beast. Though we don’t yet know what form that ultimately will take, technology is certainly involved and we’ll revise the analysis as new developments appear. These advancements are reported under headings that include: Computer Brain, Digitized Mind, Artificial Mind, Robotic Body, Cyborg, Genetic Armageddon, Chimera, and Advanced Technology. 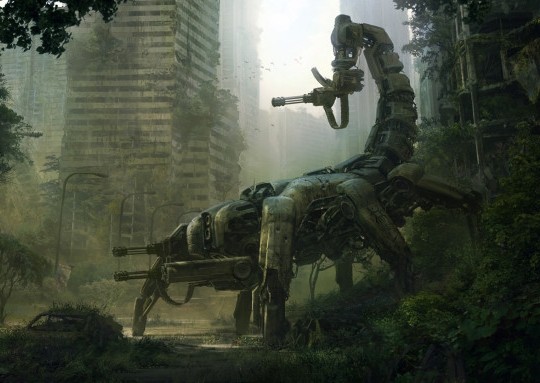 “We’re moving into a strange world. Students busy themselves making giant, robotic scorpions, transgender partners seek to keep their loved ones alive after death through cyborg or android bodies with uploaded consciousness, and billionaires plan for implanting their human essence into holograms or other forms in order to gain immortality.

Will any of these “innovations” lead to or become the Image of the Beast? Possibly, though it’s still a bit early to tell exactly what form that will take. Technology is changing so rapidly that we can barely keep up. One thing is certain though; it won’t be human in any way that we’ve understood in the past…

In the end, the agenda isn’t about what’s true, it’s about how to undermine any sense of God and His original creation. They’re making rapid progress at that on a number of fronts. But the biggest prize seems to be immortality on human terms. We feature a number of articles about how mankind is seeking to redesign creation through technology, and how they believe the goal of living forever is almost attainable.

Rushing toward singularity, mankind seems desperate to avoid God at all costs, and to redesign life on his own terms. But that hasn’t worked in the past, and it will miscarry in the future because the root problem is spiritual, not technical. Given the chaos and disaster that men continue to create, why would unending life in this world even be appealing?  Yet the focus on self continues, as the pursuit of physical immortality makes everything else irrelevant to some.

They’re doomed to failure because the one true God has given us the only path to everlasting life, and that’s through acceptance of his Son, Jesus Christ as our Lord and Savior. But to them, any means, no matter how unlikely, seems better than submitting their will humbly to Him and turning from sin. Given all of the benefits Christian faith has conferred, not just on individuals but on entire societies, it’s hard to understand such willful rejection of the truth and the race to eventual destruction through the embrace of deception. Personally, I’ll wait for the new body the God has promised to provide, and leave these hopeless technologies to the spiritually blind.”