This is almost to good to be true that those who have sold out America are being exposed. These criminals in DC have worked out schemes to sellout America and especially the Middle Class to China and many other nations. This is exactly what Hillary was doing with Uranium 1: selling out America to Russia! The Republicans also are in on the sellout including Senator McConnell! 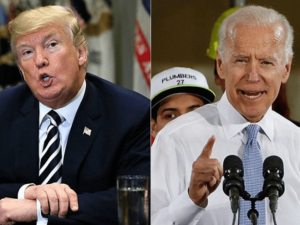 “President Donald said in a recent interview that the Biden family should be investigated over their financial ties to the Chinese government detailed in Secret Empires, the New York Times bestselling book authored by Government Accountability Institute president and Breitbart News senior editor-at-large Peter Schweizer.

The New York Post reports:“One-hundred percent. It’s a disgrace. And then he says China’s not a competitor of ours. China is a massive competitor of ours. They want to take over the world,” the president told Steve Hilton of Fox News Channel’s “The Next Revolution.”

In his 2018 book, “Secret Empires: How the American Political Class Hides Corruption and Enriches Family and Friends,” author Peter Schweizer charged that Hunter was cashing in while then-veep Biden was negotiating with China.”

President Trump on the Offensive !!! 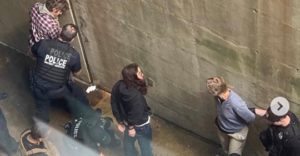 Trump Admin Liberates Venezuela Embassy in DC From Occupation by Pro-Maduro American Communists” I’m rejoicing that these Communist/terrorists were defeated and driven out of the embassy. Even though Venezuela is a failed state because of Communism, these are crazed ideologues who will never give up. The Communist ideology has murdered untold millions of people, but these people will not stop until they are stopped.

“The Embassy of Venezuela in the Georgetown section of Washington, D.C. was liberated by the Trump administration Thursday morning after a weeks long occupation by pro-Maduro American communists including the Obama and terrorist support group Code Pink. The arrests followed the posting on Monday of a warning to end the occupation.

The Trump administration recognizes the government of Juan Guaidó as the legitimate government of Venzuela over the claim to holding on to power by former president Nicolás Maduro. The embassy in D.C. has been occupied by Maduro supporters since early April. Dueling protests have been held outside the embassy by American communists and freedom supporting Venezuelans.

“What Israel’s Most Famous Rabbi Hid In An Acrostic About JESUS!”
I was aware of the rabbi, but this show gives great information about how he revealed to Israel that Jesus was their Messiah.

John 1:11 He came unto his own, and his own received him not. 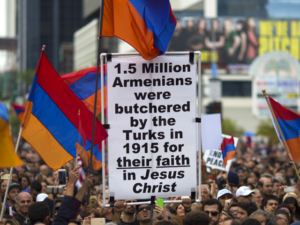 “Israeli Researchers: Turkey’s Greek, Armenian, and Assyrian Christians Destroyed by ‘30-year Genocide’” Turkey refuses to admit they slaughtered 2 million Christians. They did this because of the Koran and their Islamic beliefs. This was the first genocide of the 20th Century with many more to follow.

“Turkey’s Greek, Armenian, and Assyrian Christians, which predominated in the region before its colonisation by Turkic Muslims, were subjected to a “staggered campaign of genocide” from 1894 to 1924, which reduced them from 20 per cent of the population to less than 2 per cent, according to Israeli researchers.

Dr Benny Morris and Dr Dror Ze’evi, of the Ben-Gurion University of the Negev in Beersheba, Israel, say that the British, French, Turkish, and U.S. archives, along with “some Greek materials” and German and Austro-Hungarian foreign ministry papers, confirm “Turkey’s Armenian, Greek and Assyrian (or Syriac) communities disappeared as a result of a staggered campaign of genocide beginning in 1894, perpetrated against them by their Muslim neighbours.”

The Current Condition of Britain and Islam

“The Poison spreading through the United Kingdom.” (Video) This is a sobering outlay of the current state of Great Britain and how Islam is advancing to make this nation compliant to Islam. The Hard Left has the same plans for America. 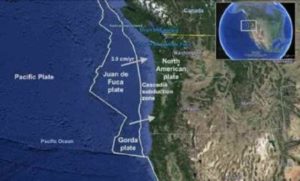 “MAJOR EARTHQUAKE WARNING:US WEST COAST EARTHQUAKE WARNING AS CASCADIA SUBDUCTION ZONE SURGES”  In the last few months, there has been a tremendous upsurge in powerful earthquakes. They have been occurring in the Western Pacific and South America. I have not reported on this because this activity has not affected America.
This article is really good about the Cascadia Subduction Zone which is off the Northwest Coast. If you live in the Northwest USA or Canada, make sure you this this article.

“An ocean data buoy is alerting to an “event” in the Cascadia Subduction Zone off the west coast of Oregon. This is where a magnitude 9 earthquake hit in 1700.
According to the data buoy, the water column height (depth) fell sharply within minutes off the coast of Oregon, signaling the land beneath the ocean has suddenly “sunk.” Here are the graphs showing what the ocean data buoy recorded: 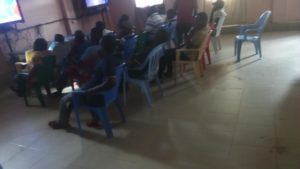 My seminar with local pastors at coastal Region of Tanzania was successful. 17 local pastors attended the seminar on how to reach the Moslems and pagans with the message of Broken Hearted. The pastors were excited with this method.
Kindly I request more materials  Brochures & magazines so that I can supply to them.
Since I have returned from my seminar at coastal region of Tanzania my Health situation is not good. I have been undergoing medical treatment for stomach problems and I am progressing well. Thanks for your prayers. I have been advised to see a specialist on Thursday for further examination. I am presenting a request for prayers so that I can get $150 to cover the costs involved at the clinic.
May God Bless You richly.
Your Brother in Christ,
Pst. A