I posted a very important article about the apostasy of the  Presbyterian Church and real believers must come out of it. We now need a complete separation from groups like this. We cannot compromise with churches that promote error like this as the Holy Spirit long ago departed from them. It is very said to see a dentition die like this. This started with a little error a few generation back to full blown apostasy.

What happened to the Presbyterian church is a warning to all of us. We are not to tolerate error, and we must always stand for truth. 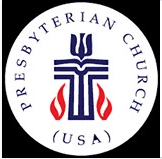 Presbyterian Church’s unholy matrimony of BDS and anti-Semitism 03/05/16  This is a warning to the PCUSA. If you don’t repent of your anti-Bible stance on Israel, God is going to merge you with Islam at YOUR ROOT. On the surface you might maintain a phony mirage of Christianity, but your root is as evil as Islam.

You also must repent of your support both for killing babies in the womb and for the homosexual agenda. You are an apostate denomination and by your doctrine have renounced Christ and the authority of the Bible as the word of God.

I totally separate from all you stand for, and ask ALL believers in Christ who may be in this denomination to come out of it. The curse of God rests on it, and on you if you are in it. Please, just don’t leave this denomination but flee from it, as it is cursed.

2 Peter 2:1-2  But there were false prophets also among the people, even as there shall be false teachers among you, who privily shall bring in damnable heresies, even denying the Lord that bought them, and bring upon themselves swift destruction. (2) And many shall follow their pernicious ways; by reason of whom the way of truth shall be evil spoken of.

“A new report by an official committee of the Presbyterian Church USA (PCUSA) shows how the church is actively promoting the BDS movement seeking to economically cripple Israel, and downplaying Palestinian Arab terrorism at the same time.

The report, “Israel-Palestine: For Human Values in the Absence of a Just Peace,” was released by the church’s Advisory Committee on Social Witness Policy (ACSWP) on February 25, and was analyzed by the Jerusalem-based NGO Monitor on Thursday.

“This report, based on selective claims, myths and distortions from anti-peace NGOs promotes boycotts under the guise of religious responsibility,” said Professor Gerald Steinberg, president of NGO Monitor.

“For years some factions of the Presbyterian Church have echoed calls by radical anti-peace NGOs promoting discriminatory attacks against Israel, while ignoring murderous Palestinian terror. Last year, these groups convinced the PCUSA to vote to join the BDS attack.”

“Now, the ACSWP is again promoting this agenda, including the promotion of anti-Semitic theological themes. In order to advance peace between Israelis and Palestinians, PCUSA’s 2016 General Assembly must reject the blatant bias, distortions and immorality of the ACSWP report,” concluded Steinberg.” 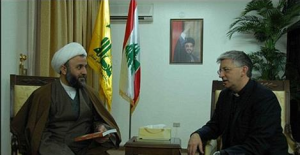 Christians Who Demonize Israel – Part III Sabeel: An Anti-Semitic Cult within the Church 03/05/16  We need a clean break from apostates like this. I want to disassociate from them. Their false teaching confuses the Jewish people about who are real Christians and who really supports Israel. Their hatred of Israel makes me sick. They are going to fall under the same judgment as the Muslims. I think that this verse fits what is going to happen to them.

“Sabeel’s theology distorts the Old Testament by denying Jews any ongoing connection with the land of their origin, and treating them as a people abandoned by God. There is also repeated disparagement of Judaism as “tribal,” “primitive,” and “exclusionary.”

Where most modern churches have left the anti-Semitism of the past behind and recognize that the Romans, not the Jews, crucified Jesus, this cult of what has been called “Christian Palestinianism” denies any historical or theological connection between the biblical Israel, the Jewish people, and the State of Israel.

Perhaps the gravest error made by Kairos, Sabeel, and other Christian groups who pursue a one-sided campaign is that they take away from the Palestinians any form of agency or self-reliance. If the Israelis are to blame for all that is wrong and the Palestinians are only victims, then Palestinians must be treated as children, without the will and power to act on their own behalf. Or who can act only through violence and hate.

Are these campaigns, replete with fraudulent charges, as in the Inquisition, really not about Palestinians at all, but just the latest incarnation of the old racist and religious hatred of Jews, and a clear expression of the “New Anti-Semitism”? 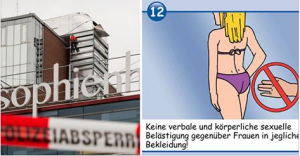 Germany: Migrant Rape Crisis Worsens 03/05/16  It really does appear that the era of the “liberated” woman is coming to an end in many European countries. The Muslims are going to force the Europeans to change their lifestyles. The women rebelled against God and do not want children, or to be mothers. They mock God’s plan for women as mothers, so now the Muslims are flooding into Europe and are targeting women! I see this a direct judgment on all of Europe.

The “handwriting-is-on-the-wall” for European women and the culture. Where are the European men? There seems to be no one with courage in Europe. It is dying very quickly before our eyes.

“Sexual violence in Germany has skyrocketed since Angela Merkel allowed more than one million mostly male migrants from Africa, Asia and the Middle East into the country. The crimes are being downplayed by the authorities, apparently to avoid fueling anti-immigration sentiments.

“The moment they [male migrants] see a young woman wearing a skirt or any type of loose clothing, they believe they have a free pass.” — Restaurant owner at a mall in Kiel.

“Every police officer knows he has to meet a particular political expectation. It is better to keep quiet [about migrant crime] because you cannot go wrong.” — Rainer Wendt, head of the German police union.

Police are warning about a potential breakdown of public order this summer, when women who are lightly dressed are confronted by young male migrants.

Jakob Augstein, an influential columnist for the magazine Der Spiegel, says that Germans worried about migrant crimes are motivated by racism. His views shed light on the worldview of German multiculturalism: Migrants who assault German women and children are simply rebelling against German power structures. Germans who criticize such assaults are racists. 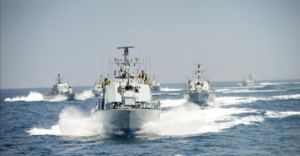 Hamas preparing Iranian-style swarm boat attacks for future clash 03/05/16  There is no doubt that what is coming is an all-out war between Israel and Hezbollah. Israel already has told Hezbollah and Lebanon that the coming war will be the last, and Lebanon will be totally destroyed.

This is all part of fulfilling the prophecy of Obadiah. For more on this, see my book “As America Has Done to Israel” and the companion DVD: “America’s Fatal Mistake.”

“Hamas in Gaza has received Iranian operational instructions on how to prepare swarm-like boat attacks, and is preparing such capabilities for clashes with Israel, according to a senior naval source.

The Israel Navy’s Squadron 916 of fast patrol boats, tasked with securing the coastline, is training and preparing itself for combat with Hamas, while keeping a close eye on sea movements around the Strip. “Hamas is building up its ability to cause much damage from sea-based attacks,” the navy source told The Jerusalem Post this week.

“It is improving its diving commando units, and creating sea forces that are much more capable than they were before. Hamas has received battle doctrines from Iran – which is also building up its sea capabilities – on how to deliver ‘stings’ through swarms,” the source said. “They will try to attack our vessels with swarms.”

Hamas’s aim in any future conflict is to cause heavy damage in the opening stage, and achieve a “victory picture, even if all Hamas attackers are killed in the process. From their perspective, if the attack succeeds, they won,” the source said.”

Malachi 4:5  Behold, I will send you Elijah the prophet before the coming of the great and dreadful day of the Lord: