If you follow my writings, you will notice from time to time I compare the anarchy and God hating in the Hard Left reprobates to that of the French Revolution. The entire demon-dem party is now given over the anarchy and God hating that could easily turn into a French Revolution outbreak in America.
The forces of hell have been loosed in America. The only hope for America is revival for survival.
Looking For the Blessed Hope:

1 Thessalonians 1:10 And to wait for his Son from heaven, whom he raised from the dead, even Jesus, which delivered us from the wrath to come. 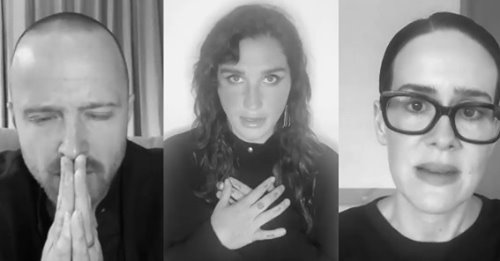 “After morphing into splinter groups, the protest of the death of George Floyd in police custody has become “wholistic,” entering a new stage accentuating the ongoing clash between the values of two different historic revolutions, the American of 1776 and the French of 1789, observed scholar Victor Davis Hanson.

Hanson, a senior fellow at the Hoover Institution, said in an interview with Eric Metaxas he seeing characteristics of the French Revolution’s Jacobin dictatorship, known for its “reign of terror.”

“Everything is on the table,” he said. “I never imagined that NPR would be telling listeners to decolonize their library or there would be women to shave their heads so they wouldn’t have non-African American hair, or they wouldn’t privilege their whiteness.” 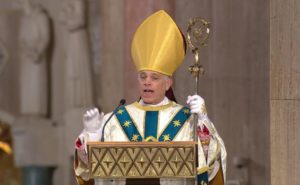 “Catholic Charities of San Francisco archdiocese promotes ‘Pride Month,’ genital cookies”
WARNING: The following article contains disgusting content.
This article shows just how wicked this city and “church” are, as if we did not already know! The headline is enough as the article is reporting wickedness.

“On the official Twitter account of “Catholic Charities” in San Francisco, several tweets were posted that commemorate the “Pride” month of June; including a tribute to the late LGBT-rights advocate Harvey Milk, a guide on how to honor “Pride” at home, and how to celebrate “Pride in Place.” On April 14, 2020, the annual San Francisco “Pride” events and parade were cancelled due to concerns over the COVID-19 pandemic.” 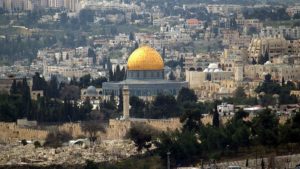 “The Quiet Struggle Over Jerusalem’s Temple Mount” Events have been quiet about Jerusalem and the Temple Mount, but article shows what is going on under the radar.

“There is a quiet struggle going on over control of East Jerusalem’s Noble Sanctuary (Haram al-Sharif) or Temple Mount. It is not as you might guess between Israel and the Palestinians.

It is actually between two Sunni-Muslim nations, the Hashemites Kingdom of Jordan and Erdogan’s Turkey. To the extent that Israel is involved in this quiet struggle, it is to strengthen Jordan’s position against the encroaching Turks, by adding Saudi representatives to the Islamic Waqf Council. The Islamic Waqf Council controls the activities surrounding the Noble Sanctuary or Temple Mount. Israel has engaged the U.S. administration to mediate the issue with the Saudis.”

“Minneapolis City Council Unanimously Votes to Replace Police with ‘Community-Led Public Safety System’”This article is right on. If President Trump fails to bring this city under the Constitution of the United States, then all sane people have to flee this city. The city will be turned over to Sharia law, BLM law and Antifa anarchists. They will go directly after the dreaded white Christian males and then all Christians. This is a vicious murdering spirit in them, just like it was in the French Revolution.
The church failed America by failing to call for massive repentance and crying out to the Lord. There is only short time left for the Lord to move before we degenerate into a massive bloodbath.
I’ve been leading in prayer for eight years every Saturday night at 9 PM EST on FaceBook and YouTube.

Remember, when Jerusalem fell to the Babylonians it was too late for the Jews. America is about to be torn apart with the modern Babylons with reprobate God hating minds, WHICH WE LET HAPPEN TO OUR NATION. We are almost out of time.

“The Minneapolis City Council on Friday unanimously voted a resolution to replace the police with a ‘community-led public safety system.’ Get out while you can!

The radical left is pushing to “defund the police” following the death of George Floyd. By “defund the police,” the left means replacing the police with Sharia patrol, Black Panthers, La Raza and other anti-Christian, anti-white social justice enforcers.” 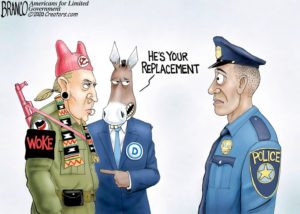 MEME: THE REAL DEM POLICE DEPARTMENT
This is not a joke, but rather the truth of what the insane dems want as the police. They want something that looks like them on the inside: something in their image and likeness.