Revelation 13:13
And he doeth great wonders,
so that he maketh fire come down from heaven
on the earth in the sight of men,
Commentary: Update (2)
I believe that modern technology, in the form of laser weapons, may explain in Revelation 13:13 about fire coming from heaven. I write about this in my article titled: Calling Fire From Heaven. Please read the article so you can understand this update.
Since my last update there has been significant developments in laser weapons. The lasers now have the power to destroy targets and the aiming has greatly improved. It will not be long until someone can call fire from heaven on any target on earth.
May the Holy God of Israel bless and protect you.
Fire From Heaven?                             Articles 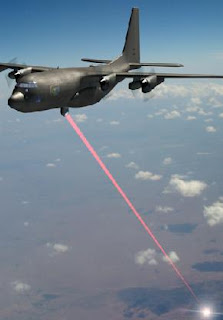 “Boeing indicated the tests allowed for powerful laser beams to home in on and destroy the intended targets. “MATRIX’s performance is especially noteworthy because it demonstrated unprecedented, ultra-precise and lethal acquisition, pointing and tracking at long ranges using relatively low laser power,”