Matthew 24:12
And because iniquity shall abound, the love of many shall wax cold.
Commentary 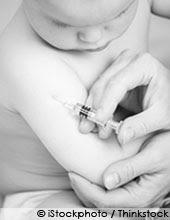 The information coming out about vaccines is so shocking that I want to highlight it.  At least 24 of the current vaccines use aborted baby tissue! In addition, they are using aborted baby kidney tissue to “enhance flavor” of foods. It appears that Pepsi is one of the major villains in this.
This is an example why in my Health Section I refer to the medical industry as the Babylonian health system. For the most part, they are without principles and money rules their actions. This is a perfect example as there is an unending supply of aborted baby human beings and their bodies are probably cheap. Notice how they want to work in the darkness and hide what they are doing from the public.
The following article is tying together the use of aborted baby tissue and the rise of autism! The use of human tissue and has adverse effects on many of the babies that receive the vaccine! Autism and learning disabilities now affects about 1 in 20 children! This is a serious issue and these vaccines may be the root of the problem.
There needs to be a ground swell of opposition against this vile practice. I hope a prolife organization will pick this up and run with it. This really shows how corrupt of a society we live in.
I am serious about the Babylon health system. It is corrupt beyond your imagination on the upper levels where all the money and power is. Once again, this is a perfect example. I suggest that if you have young children you do additional research before you let the Babylons vaccinate them with vaccines that use aborted baby tissue.

What can I say but:

Revelation 22:20 He which testifieth these things saith, Surely I come quickly. Amen. Even so, come, Lord Jesus.
One of the Most Inexcusable Vaccine Revelations of All  “Former drug company scientist Helen Ratajczak recently created a firestorm of debate from all sides of the vaccine-autism issue when she published her comprehensive review of autism research. This is a massively important study, for more than one reason. One element brought to light that has managed to stay well below the radar is the use of aborted embryonic cells in vaccine production.”
The Corrupt Vaccine Experts  “When two of the biggest names in vaccine research and support turn out to be guilty of fraud, major deception, lying and making unsubstantiated statements, it really calls into question the validity of their work on the vaccine front … and that’s putting it mildly. Yet, this news has only been quietly shared by a handful of media outlets. Countless American parents are putting their trust, and their child’s lives, in the hands of the U.S. Centers of Disease Control and Prevention (CDC) and the American Academy of Pediatrics (AAP) every time they vaccinate their children. Yet two of the CDC’s “go-to guys” have now been caught red-handed lying and, in the case of Dr. Poul Thorsen, committing outright fraud. This includes:
Dr. Poul Thorsen, who was involved in several key studies the CDC uses to support their claims that MMR and mercury-containing vaccines, among others, are safe.
Dr. Paul Offit, a very well-known and frequent proponent of mandatory vaccination, whose views are promoted by the AAP and who previously served as a member of The Advisory Committee on Immunization Practices (ACIP). ACIP is a 15-member panel of immunization experts, selected by the Secretary of the U.S. Department of Health and Human Services. They provide advice and guidelines to the CDC on vaccine-preventable diseases.”
Pepsi Using Aborted Fetal Cells in Flavors This is hard to believe but it is true. They use aborted baby kidney tissue to enhance flavor! This is revolting. There is now no end to corruption of society.
“Public backlash has apparently caused much consternation for the biomedical firm that has ignored consumer complaints and continues to use HEK-293 (human embryonic kidney) cells in the research and development of artificial flavor enhancers,” says Debi Vinnedge, executive director of CGL.
The move by Senomyx comes after PepsiCo, one of the biggest corporate partners, ignored pro-life criticism in a canned recent response to customer letters, saying, “With respect to the flavor discovery research with Senomyx, we utilize techniques that have been the gold standard for several decades.”
“If this ‘gold standard’ is no big deal, then why are they trying so hard to hide the truth?” asked Vinnedge. “PepsiCo and Senomyx have done everything in their power to trivialize what they are doing, when in fact what they are doing is only further damaging their public image.”
Share