The Witness and the Record

This is the third time I am coming to you. In the mouth of two or three witnesses shall every word be established. 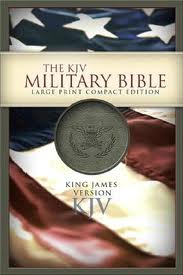 I finished a teaching on the superiority of the King James Bible as the word of God. In this teaching, I was able to prove, that without a doubt, 1 John 5;7 is the word of God. All the modern translations except the New King James omit this verse. Even with the NKJV, it has a note that 1 John 5:7 is a questionable verse!

In fact, all the modern translations omit an enormous amount of words compared to the King James Bible. These omissions eliminate God’s requirements of two or three witnesses to establish a matter, and thus undermine this principle and weaken the power of the word of God.

This teaching proves just how serious it is to tamper with the word of God as revealed to us in the King James Bible.

The following is just an introduction to the teaching. For the full teaching, go to The Witness and the Record.

Introduction: When reading this teaching, please keep in mind the following:

Matthew 18:16 But if he will not hear thee, then take with thee one or two more, that in the mouth of two or three witnesses every word may be established.

When the Lord Jesus sent His disciples out as witnesses, He sent them out in twos.

Mark 6:7 And he called unto him the twelve, and began to send them forth by two and two; and gave them power over unclean spirits;

Continued: The Witness and the Record.