Verse of The Day

John 3:16-17 For God so loved the world, that he gave his only begotten Son, that whosoever believeth in him should not perish, but have everlasting life. For God sent not his Son into the world to condemn the world; but that the world through him might be saved.

Action is needed immediately on this. The Hard Left is trying to control our speech, just like the European governments are doing to their people! They will jail a person for simply telling the truth about Islam and Muslims! They define it as “hate speech,” and then say you have no right to “hate speech.” If we tell the truth about Islam, the Koran and Muhammad, it is hate speech! 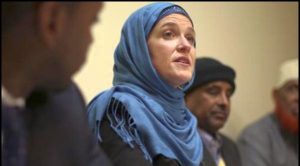 Minneapolis installs Shariah hotline for ‘hate speech’ snitches 06/23/17  We can’t allow them to do this because we have every right as Americans to oppose Islam since this right falls under the First Amendment. If we let them, they will steal this right from us. It looks like Minneapolis is their beachhead to bring America under Sharia law. Under Sharia law, no one can speak against Islam, the Koran or Muhammad. These are ruthless people who will do anything to promote and protect Islam.

Please do not let this go by because if we don’t make a stand, they will take our rights away: ACT NOW! Tell them you are against their hotline for “hate speech.”

First Amendment to the Constitution
“Congress shall make no law respecting an establishment of religion, or prohibiting the free exercise thereof; or abridging the freedom of speech, or of the press; or the right of the people peaceably to assemble, and to petition the Government for a redress of grievances.

This is what the Koran states about the fundamental beliefs of Christianity. Muhammad gave the world the Koran as a direct anti-Christian book:

Sura 4.171  O followers of the Book! do not exceed the limits in your religion, and do not speak (lies) against Allah, but (speak) the truth; the Messiah, Isa son of Marium is only an apostle of Allah and His Word which He communicated to Marium and a spirit from Him; believe therefore in Allah and His apostles, and say not, Three. Desist, it is better for you; Allah is only one God; far be It from His glory that He should have a son,

Sura 4.157-159  And their saying: Surely we have killed the Messiah, Isa [Jesus] son of Marium, the apostle of Allah; and they did not kill him nor did they crucify him, but it appeared to them so (like Isa) and most surely those who differ therein are only in a doubt about it; they have no knowledge respecting it, but only follow a conjecture, and they killed him not for sure Nay! Allah took him up to Himself; and Allah is Mighty, Wise.
159 And there is not one of the followers of the Book but most certainly believes in this before his death, and on the day of resurrection he (Jesus) shall be a witness against them.

Sura 5.72  Certainly they disbelieve who say: Surely Allah, He is the Messiah, son of Marium; and the Messiah said: O Children of Israel! serve Allah, my Lord and your Lord. Surely whoever associates (others) with Allah, then Allah has forbidden to him the garden, and his abode is the fire; and there shall be no helpers for the unjust.

“The city of Minneapolis has set up a hotline for residents to report suspected hate crimes, including “speech and actions,” according to statements on the city’s website.
The city, which will operate the “service” through its 3-1-1 helpline, is targeting any “harassing behaviors motivated by prejudice,” according to a press release. Those wishing to report a hate crime from outside the city may dial 612-673-3000.
According to the local newspaper, the Star-Tribune, “the announcement comes amid signs of a recent surge of such incidents affecting Muslims and Jews across the country, many of which go unreported.”
The city’s Department of Civil Rights clearly states on its website that it only enforces hate crimes against certain “protected classes.”
A city official further indicated the impetus for the hate-crimes hotline was the election of President Trump and that the targets would be his supporters.
“Since the general election, many of us have experienced, witnessed firsthand or heard of actions of: racism, xenophobia, sexism and bigotry directed at people here and in cities across the United States,” Minneapolis Department of Civil Rights Director Velma Korbel wrote in a statement posted on the city’s website. “In no uncertain terms, hate-motivated speech and actions have no place in Minneapolis nor will they be tolerated.”

1 John 4:9 In this was manifested the love of God toward us, because that God sent his only begotten Son into the world, that we might live through him.