As The European Union Has Done to Israel

As The European Union Has Done to Israel

This connection is so obvious that I want you to see it. Right now there is a general connection between the EU pressuring Israel to divide the land and Jerusalem, with the Muslims pouring into Europe. The Muslims are actually creating Islamic enclaves in many cities throughout Europe. As the Europeans are forcing Israel to divide the land with Muslims, their own cities are being taken over my Muslims and put under Sharia law.

Exactly what the Europeans are doing to Israel is happening to them, and we all can witness this taking place. We also can watch the authority of God play out as He uses the Muslims to bring the EU down and destroy the European culture of sin. The same fate is awaiting America if there is no national revival turn the nation back to the Holy God of Israel. 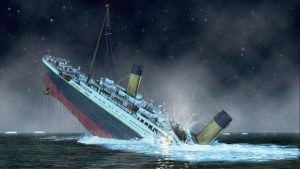 “Lord Michael Dobbs — who as well as being a best-selling author and creator of the internationally successful ‘House of Cards’ television series is a Conservative Party peer — touted his Eurosceptic credentials in a recent interview.As a Brexit supporter, Lord Dobbs is not an archetypal ‘Little Englander’ of the sort pro-EU cheerleaders like to portray. In fact he told Politico he is a “passionate European,” adding: “I love Europe, I really do. I couldn’t think of anywhere better to be born, to raise children, the culture, the history, everything.” In fact he wants the continent of Europe “to flourish” and blames the EU for wrecking that “because the institution is wrong and it’s fatally flawed.” He added: “The European Union is like the Titanic heading for the iceberg and cannot change and it will not change so in those circumstances it’s time to get off.” The moment Lord Dobbs decided Brexit was his chosen course was when he heard the “devastating words” of German Minister of Finance Wolfgang Schäuble, uttered in response to elections in Greece. Some claimed the election of Alexis Tsipras as Prime Minister gave the Greek government a democratic mandate for fundamental reform, but not Mr. Schäuble who said:

“Elections change nothing. There are rules.”
The interviewer asked Lord Dobbs what would become of British Members of the European Parliament if the UK withdrew from the EU. It does not appear to be something that concerns him much:
“Ha! Proper jobs. In all honesty, I don’t care. They’ve had a pretty good run for their money.” 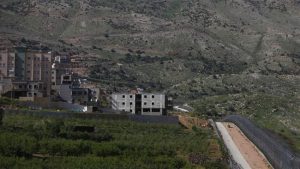 ‘EU doesn’t recognize Israeli occupation of the Golan 04/20/16 The Muslims are pouring into Europe and destroying the culture and creating little Islamic states all over Europe. This is God’s response to the EU trying to divide Israel and Jerusalem.
This statement looks like Europe is going to get more and more Muslims to match what the EU is trying to do to Israel.

The European Union’s foreign policy chief Federica Mogherini reiterated on Tuesday that the EU does not recognize Israel’s claim to the Golan Heights, echoing a similar statement from the US the day before.  “The EU recognizes Israel within its pre-1967 boundaries, regardless of the (Israeli) government’s claims on other areas, until a final settlement is reached,” Mogherini said before a meeting in Brussels of international donors in support of the Palestinian economy. “This is a shared position reaffirmed by the European Union and its member states,” she added.