This is so exciting. We’ve waited such a long time to break the deep state and start draining the swamp, and it looks like we are right on verge of it. There is lots of prayer for the President and breaking the deep state, so with all this prayer, it seems the Lord now is moving against B. Hussein and the deep state! What a time we are living it.
The Lord will get all the glory for this!

The Bottom of the Deep State Swamp 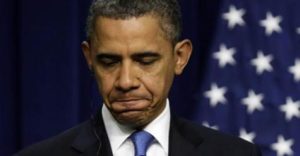 BREAKING UPDATE: Findings in the Upcoming IG Report Are Said to be “Devastating” — Obama Interfered in Election More Than Vlad Putin!”

“Joe DiGenova: The Horowitz report is coming out in May or early June. There’s another report that everyone has forgotten about involving James Comey alone. That will be out in two weeks. That report is going to be a bombshell. It is going to open up the investigation on a very high note and there are going to be criminal referrals in it.

According to Paul Sperry, “FBI agents Joe Pientka and Mike Gaeta, along with DOJ official Stu Evans, are figuring prominently as witnesses in IG Horowitz’s investigation of department FISA abuses. The findings in the forthcoming IG report are said to be “devastating.”“

Paul Sperry then added something we already knew, it appears Barack Obama and his administration had a heavier hand in interfering in the 2016 election than Putin!” 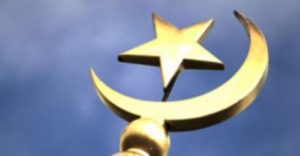 “Angola bans Islam and shuts down all mosques across the country because it ‘clashes with state religion of Christianity'” (This site has great information but I seldom post it because of lewd pictures on the right hand column. The pictures were OK when I posted this article)

This is amazing action by Angola. The government fully understands the danger Islam poses to all nations. Because the West rejects the Bible and the God of Israel, Islam is moving in will attempt to destroy anything associated with Christianity. The Hard Left and Muslims are in bed together over their wanting to destroy Christianity!

“Angola has reportedly declared Islam illegal and ordered for all of the country’s mosques to be closed down. Minister of culture Rosa Cruz e Silva said that mosques in the largely Christian country would be closed until further notice. She described Islam as a ‘sect’ that would be banned as counter to Angolan customs and culture”

Wages of Sin is Death

“It used to be that AIDS was widely regarded as the “gay disease.” But now it’s a transgender disease as well, with new data published by the U.S. Centers for Disease Control and Prevention (CDC) showing that an astounding one in seven transgender “women” are infected with HIV.” 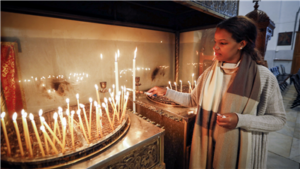 “ANALYSIS: Jewish Sages on the Global Islamist War Against Christians”
This article is a warning to Christians from Rabbis about the danger of the world-wide attack on Christians. We are being warned by Rabbis of the great danger we face from the Muslims. We must stand up in America against the terror aimed against us.

“Islamist terror against Christians and churches has been constantly on the rise as a quick look at the website of the watchdog group, Religion of Peace learns.

Many of the recent terror attacks against Christians have taken place in Nigeria where Christian girls are being kidnapped and forced to marry Muslim men, Pastors are abducted randomly and churches care torched, vandalized or destroyed.” 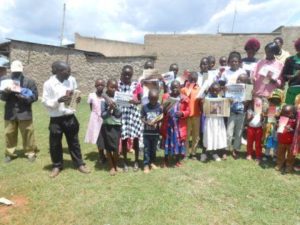 Dear in Christ Pastor David, greetings to you and the Family.
We pray that you are fine in the Lord. God  enabled to reach to as many people with the Newsletters

Message ,and I saw His hand delivering men and women in a special way. I was able to distributes the Materials ,through doing this God brought eleven to His Kingdom as a result. 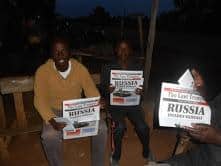 I have attached pictures to you and God bless you as we share His Love to us.
In Christ.
Brother B.