Despite Earlier Denials, Arch From Temple of Ba’al to Stand in NYC

Judges 2:13  And they forsook the Lord, and served Baal and Ashtaroth.

Like ancient Israel, in a real sense America has forsaken the Lord and is embracing paganism and foreign religions like Islam. As a nation, Americans now face all of the judgments that come upon a nation which turns from the Lord to paganism. It’s sad to chronicle this, but the warnings all are there in the Bible. I believe that Obama was one form of this judgment.

No matter what happens to America as a nation, we are to stay focused on the coming of the Lord Jesus for his bride, the Church. Staying focused on Him will keep us from fear and full of joy.

Zechariah 14:9 And the LORD shall be king over all the earth: in that day shall there be one LORD, and his name one. 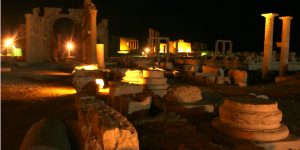 Temple of Palmyra, Syria, at night

Despite Earlier Denials, Arch From Temple of Ba’al to Stand in NYC 09/19/16  The arch to Baal to be erected in NYC was cancelled. It appears now that it is going to be built, so the pagan god baal will find a home in NYC. There is good background information in this article.

“There are few cities in the world as much defined by their architecture as New York. The Empire State Building, the Statue of Liberty, the Brooklyn Bridge — all symbols of the audacity, strength, technical prowess, diversity and optimism of what Ezra Pound called ‘the most beautiful city in the world.’ It is also a city that has known terrible loss — first and foremost the loss of life, but also the loss of familiar landmarks that helped inform the city’s identity.
The Triumphal Arch, a symbol of resilience in the face of loss, will be a fitting tribute to America’s great metropolis. The arch will stand in City Hall Park, surrounded by buildings adorned with classical features suggesting the common cultural roots of East and West. We hope that you will visit us this fall to consider the relationship between people and the places they inhabit.”
The announcement failed to specify the main aspect the destruction of the Palmyra Arch and New York City’s architectural losses have in common: Islamic extremism.” 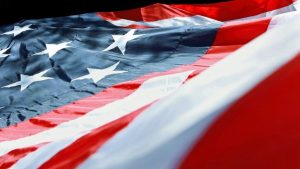 Stop the insanity! High school football fans told to stop chanting “USA, USA” 09/17/16  The Hard Left hates America and especially the nation’s foundation. This is why they are trying to stop flags and chanting USA.

They want to strip our national rights along with our religious rights, all under the banner of freedom and not offending anyone.

“He painted a picture that the school is filled with insensitive people,” he said. ‘If Colin Kaepernick can have his freedom of speech and freedom of expression – guess what – it’s a two-way street.”
OK Commissioner Jim Haskins said their executive board decided that moving forward fans will only be allowed to chant “USA, USA” after the National Anthem.
He told Mlive.com that it has nothing to do with banning patriotism. He said students are using the chant in a derogatory manner – such as “U Suck (bleep) and those type of things.”
“That’s what we have the problems with,” he told the newspaper.
But television station WOOD reports the Michigan High School Athletics Association has not received any official complaints about fans “repurposing ‘USA’ to mean anything derogatory.”
The athletic conference is also cracking down on signs and banners and flags.
“Any signs, flags, banners, cheers, or promotional material that carry questionable implications or are degrading are prohibited at any OK Conference venue,” he told WOOD.”

Germans Told To Wear Hijab In New UN Ad 09/16/16  Alex Jones makes a great point in this video about the new German/UN ad encouraging women to follow Muslim dress. He notes that the Left loves Islam because it is authoritarian and if they can destroy Western culture and replace it with Islam, they’ll have a nation full of people who lack individual drive and who are subservient.

“The United Nations is pushing multiculturalism on Germany and hoping this will hasten its Islamification.” 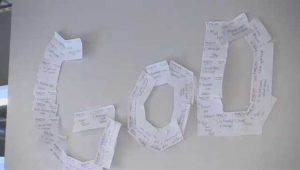 Texas Students Push Back After School District Covers Ten Commandments Following Complaint 09/19/16  It is heartwarming to read how these students and community stood up against the Hard Left. So many communities just surrender without a fight and removed anything to do about the Lord.

“Students at a high school in Texas are pushing back after a prominent Church-State separation group lodged a complaint about a Ten Commandments painting hung on the wall, which resulted in the school district covering the display.
“I made the decision to cover it up until I made a more informed decision about what I should do, because I don’t want to harm the district or cause any controversy or anything,” O’Donnell Independent School District Dr. Cathy Amonett told reporters on Friday.
The Wisconsin-based Freedom From Religion Foundation had sent a letter to Amonett this week demanding that the district remove the painting, as well as a Scripture that had also been displayed on the wall at O’Donnell High School.
“By displaying a religious message in its entryway, O’Donnell ISD infringes on its students’ constitutionally protected religious freedom,” the letter read. “By endorsing a religious message, the school district violates the Establishment Clause of the First Amendment.”

Hard Left in the Military/ Transgendered 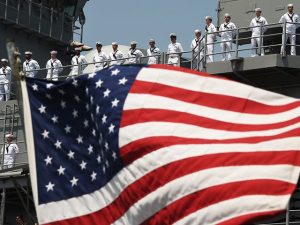 Navy Requires All Sailors to Undergo Transgender Education by July 2017 09/19/16  The US military is about to be subjected to Hard Left propaganda about accepting sexual confused people as “normal!”

Men who think they are women can hang out freely now in the women’s shower etc. With the confusion that Obama is in, why not just do away with male and female locker rooms etc. altogether,  and make everything unisex? Who is worse: Obama and his Hard Left thinking hordes or sexually confused persons? It is clear that Obama in insane or evil, while those persons are just confused.

Matthew 19:4-5  And he answered and said unto them, Have ye not read, that he which made them at the beginning made them male and female, And said, For this cause shall a man leave father and mother, and shall cleave to his wife: and they twain shall be one flesh?

“An all-Navy message sent out Tuesday says that all sailors will be required to undergo transgender behavioral education by July 2017.
Starting Nov. 1, the training will educate sailors about the Navy’s new transgender policy that allows transgenders to serve in the military, Military.com reported.
“This training will emphasize policies and expectations of personal behavior,” the message states.
It is unclear what exactly is in these training sessions yet, but the Navy will soon send out messages with more information.” 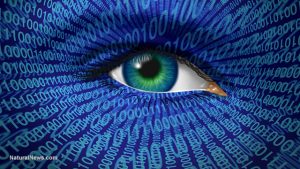 Government is now tracking your medications … No privacy or escape from tyranny 09/19/16  I’ve posted this to show you just how far advanced the 666 System is in ways that you never would guess.
SEE MY 666 BLOG

“The digital age is leading to the end of centuries-old constitutional privacy guarantees, as evidenced by the growth of Internet cloud-based data storage and electronic records, both of which are too easily accessible to prying eyes enabled by power-hungry politicians.

For instance, most Americans are unaware that state and federal governments are tracking – and accessing – your prescription medication records. Dozens of states allow federal and state law enforcement agencies free, warrantless access to databases that contain your drug history. What’s more, the federal Drug Enforcement Agency is scrambling for authority to search databases in states where there are pharmaceutical privacy protections, reports Scripps News.” 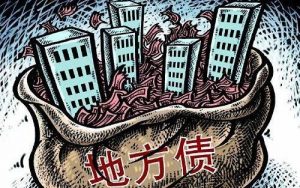 China is sinking ever deeper into debt, and risks a major banking crisis

China facing full-blown banking crisis, world’s top financial watchdog warns 09/19/16  I try only to post real relevant articles about the world’s economy. This one by the eminent reporter Ambrose Evans-Pritchard is really good since it shows has China’s debt has reached the point of an economic meltdown.

“China has failed to curb excesses in its credit system and faces mounting risks of a full-blown banking crisis, according to early warning indicators released by the world’s top financial watchdog.
A key gauge of credit vulnerability is now three times over the danger threshold and has continued to deteriorate, despite pledges by Chinese premier Li Keqiang to wean the economy off debt-driven growth before it is too late.
The Bank for International Settlements warned in its quarterly report that China’s “credit to GDP gap” has reached 30.1, the highest to date and in a different league altogether from any other major country tracked by the institution. It is also significantly higher than the scores in East Asia’s speculative boom on 1997 or in the US subprime bubble before the Lehman crisis.
Studies of earlier banking crises around the world over the last sixty years suggest that any score above ten requires careful monitoring. The credit to GDP gap measures deviations from normal patterns within any one country and therefore strips out cultural differences.”

1 Kings 18:18  And he answered, I have not troubled Israel; but thou, and thy father’s house, in that ye have forsaken the commandments of the Lord, and thou hast followed Baalim.