Psalm 89:14 Justice and judgment are the habitation of thy throne: mercy and truth shall go before thy face.

These attacks against Christians are nonstop as the Hard Left is using the homosexual agenda to destroy the church and Christians. They loath us and want to destroy everything about us.
We need revival for survival. The attack is right before your eyes. “A private church-run elementary school has filed a federal lawsuit against the state of Maryland for pulling it from a school voucher program that’s designed to benefit low-income students. And the state didn’t stop there, demanding the school also pay back thousands of dollars for its previous participation in the program.

The Baltimore Sun reports Bethel Christian Academy, a private Christian school located in Savage, MD, says state officials unfairly threw it out of a school voucher program because of its religious beliefs.

State administrators responded saying the state can’t allow taxpayer money to go to any institution – religious or otherwise – that discriminates against students because of their sexual orientation.” 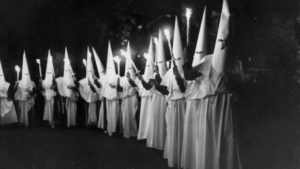 “Reminder: Democrats ran the KKK, started the Civil War, celebrated slavery and fought against the Civil Rights Act” This is an excellent article showing the evil history of the Democrat Party that every American needs to know.

When you think about racial equality and civil rights, which political party comes to mind – the Republicans or the Democrats? Most people would probably say the Democrats. But this answer is incorrect. Since its founding in 1829, the Democratic Party has fought against every major civil rights initiative and has a long history of discrimination.” 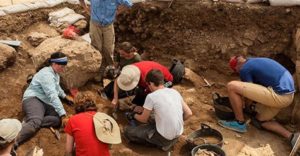 ‘This is Not Mythology’: Archaeologists Dig Up the Bible at Ancient City of Shiloh” This is very interesting about ancient Shiloh. The Bible also refers to Jesus Christ as Shiloh.

Genesis 49:10 The sceptre shall not depart from Judah, nor a lawgiver from between his feet, until Shiloh come; and unto him shall the gathering of the people be.

“Driving along the route known as the Way of the Patriarchs in Samaria, the heart of biblical Israel, you’ll come to ancient Shiloh. The Bible says this is the place where Joshua parceled out the Promised Land to the 12 tribes of Israel. It’s also where the Tabernacle of the Lord stood for more than 300 years.

“Welcome to ancient Shiloh,” Stripling greeted us. “This is the first capital of ancient Israel and it’s a sacred spot because the Mishkan was here, the Tabernacle, where people came to connect with God.” “‘Incredibly Significant’: One Man’s Quest for the Ark of the Covenant Takes Him Beneath the Temple Mount” This is a very interesting article about the location of the Ark.

“For centuries, the search for the Ark of the Covenant has captured the imagination of movie makers, archeologists and even a queen of England. Legends have placed the Ark in such faraway places as Ethiopia or Ireland.

Researcher and author Harry Moskoff took CBN News through the Western Wall tunnels, up to the ramparts of the Temple Mount and into the chambers surrounding Judaism’s holiest site. His book, The A.R.K Report, chronicles his two-decade quest to find the legendary icon.” 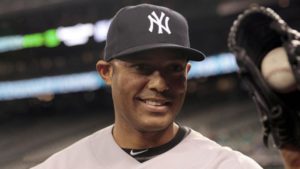 “Mariano Rivera: ‘I Won’t Turn My Back’ on Trump, Israel” Rivera is a wonderful witness for Jesus Christ along with standing for Israel. You’ll be blessed by this article.

“Mariano Rivera is arguably the greatest closer of all time, a recent Hall of Fame inductee, and an all-around family man.

Despite his Hall of Fame career, Rivera was the target of the Daily Beast’s latest hit piece, in which they attacked his conservative beliefs. According to the Daily Beast, if you are a Republican and a pro-Israel Christian, you must be a far-right extremist. Rivera said his faith is “No. 1” in his life and he doubled down on his support for President Trump and the state of Israel.” Dear Pastor Dave,we greet you by the Name of Jesus Christ. Our prayers is that you are doing good in the Lord.I want to say thank you for standing with us by sending the Box and more Materials to our Church.God Has been faithful unto us and we reach to many people with Materials and distributed to 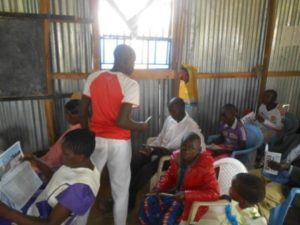 the Community.I just saw  of God saving many and they gave their lives to our Lord Jesus Christ as their personal Savior.We the Pictures of what the Lord did and i hope you will share with others to encourage them.
in His Love .
Pastor M W