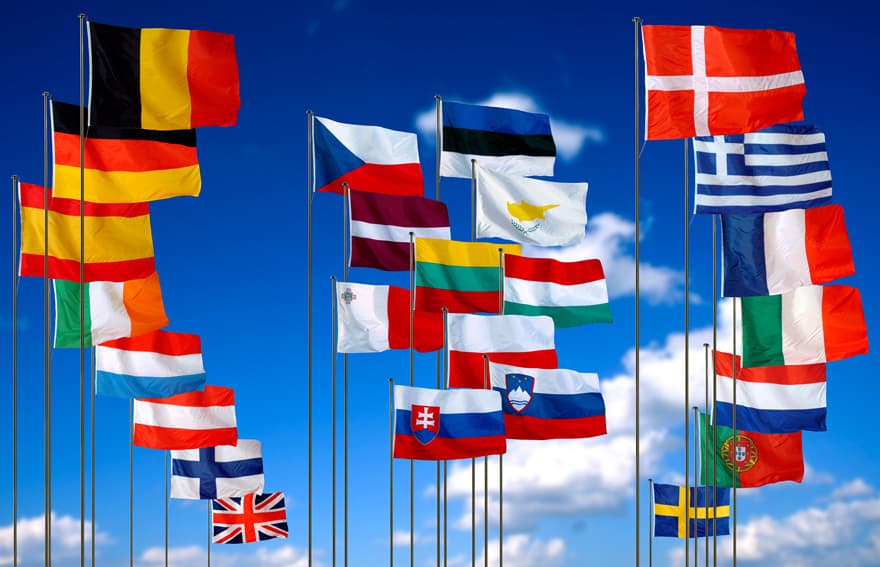 New EU resolution further singles out ‘settlements'” 01/16/16 The EU is continuing its nonstop pressure on Israel to divide the land including Jerusalem. They are using the threat of an economic boycott of goods made in Israel. They call the West Bank the “occupied territories” which the Bible states it is part of Israel.

In the midst of this nonstop pressure from the Europeans, the EU economy is in meltdown and the Muslims are pouring in by a jihad invasion as refugees. God’s judgment is intensifying on Europe as it continues to violate His word against Israel. The judgment is right before our eyes.

“Israel’s Foreign Ministry is making last-ditch efforts to block a pending European Union (EU) resolution that emphasizes the distinction between Israel-proper and the territories it captured during the 1967 Six Day War, Haaretz revealed Friday. Adoption of the resolution could lead to new sanctions against Israeli communities in Judea and Samaria, senior officials in Jerusalem and European diplomats told the newspaper. The resolution is expected to be published on Monday, at the conclusion of the monthly meeting of the Foreign Affairs Council, comprising the foreign ministers of the 28 EU member states. It was initially expected to be relatively moderate, but the draft’s wording got increasingly harsh with regard to Israel during Thursday’s session at EU headquarters in Brussels, according to senior Israeli officials who spoke to Haaretz.”

Acts 4:12 Neither is there salvation in any other: for there is none other name under heaven given among men, whereby we must be saved.

Pope Francis’ Calls for Collaboration With World’s Religions, Those Who ‘Meet God in Different Ways’” 01/12/16 I am pleading with Catholics who love the Lord Jesus Christ to come out of the Catholic church. The Roman Catholic church is in the process of creating the religious system which the Bible calls the “Whore of Babylon”. This whore system is a world-wide religion without the true saving gospel of Jesus Christ. The pope is now leading the way to create such a system.
This is happening right before your eyes, out in the open, and he is claiming Islam, etc. has “a way” to God without the shed blood of the Lord Jesus Christ. The pope and the Catholic church fall under this verse:

Galatians 1:6-7 I marvel that ye are so soon removed from him that called you into the grace of Christ unto another gospel: Which is not another; but there be some that trouble you, and would pervert the gospel of Christ. (8) But though we, or an angel from heaven, preach any other gospel unto you than that which we have preached unto you, let him be accursed. (9) As we said before, so say I now again, If any man preach any other gospel unto you than that ye have received, let him be accursed.

This is from the article:

“Most of the planet’s inhabitants declare themselves believers,” he states in the production released on the Feast of Epiphany. “This should lead to dialogue among religions. We should not stop praying for it and collaborating with those who think differently.”
The video then features clips of those from different world religions declaring belief in their various deities.
“I have confidence in Buddha,” a female lama announces.
“I believe in God,” a rabbi affirms.
“I believe in Jesus Christ,” a priest states.
“I believe in Allah,” an Islamic leader declares.
Francis contends that all the religions of the world simply represent mankind’s diversity in seeking God. He says that despite the differing beliefs, everyone is a child of the same God.
“Many think differently, feel differently, seeking God or meeting God in different ways,” he states. “In this crowd, in this range of religions, there is only one certainty that we have for all: we are all children of God.”

The following verse states how we become the children of God and notice the contrast from the Pope:

Galatians 3:26 For ye are all the children of God by faith in Christ Jesus.

Nuclear Pakistan Threatens to ‘Wipe Iran Off the Map’ if it Attacks Saudi Arabia 01/12/16 There is a great danger that the Sunni – Shiite conflict could turn into a nuclear war. I do believe that the coming WW3 will include the use of nuclear weapons. The shocking effect of nuclear war will prepare the world for the acceptance of the antichrist as a man of peace to end the war. This will allow to world to accept his plan for peace and set up the end time Bible prophecy scenario.

“Pakistani army chief Gen. Raheel Sharif has reiterated that any threat to Saudi Arabia’s territorial integrity will would evoke a sharp response. He said Pakistan would “wipe Iran off the map.”Sharif made the remarks Sunday in a statement after Saudi Deputy Crown Prince and Defense Minister Mohammed bin Salman visited him in the garrison city of Rawalpindi, adjacent to the capital.Salman earlier arrived in Islamabad, making him the second top Saudi official to visit Pakistan in a week amid growing tension with Iran.”

Ex-CIA boss: ISIS gaining affiliates ‘faster than Al Qaeda ever did'” 01/12/16 ISIS is real Islam as set up and promoted by their prophet. This is the revival of real Islam along with a caliphate. The longer it survives the greater its appeal. I really do think that ISIS is going to be the face of Sunni Islam in the near future. Watch entire Islamic nations fall to it and vicious terrorism where the Sunnis are like in Europe and America.

There is a showdown coming between Shiite and Sunni Islam for who will form the caliphate and attempt to conquer the world. Whoever wins will meet its doom at Jerusalem.

“The Islamic State’s web of affiliates is growing faster than Al Qaeda’s ever did, a former top CIA official told Congress on Tuesday – on the heels of yet another attack blamed on ISIS. Michael Morell, President Obama’s former deputy and acting CIA director, issued the warning in testimony to the House Armed Services Committee. He said the number of militant groups now swearing allegiance to ISIS has grown to cover nearly 20 countries, from practically “nothing” a year ago. “ISIS has gained affiliates faster than Al Qaeda ever did,” Morell said. He testified after a suicide bomber, whom Turkish officials say was affiliated with ISIS, detonated a bomb in the tourist heart of historic Istanbul. The attack killed at least 10 people — nine of them German tourists — and wounded 15 others, Turkish officials said.