New York passes bill allowing abortions up to birth, for any reason

This action of infanticide was conducted by mass action of those with reprobate minds. It took both voters and politicians along with the media to do this. These hardened hearts were actually cheering when the law passed! New York State is doomed for passing a law like this.
State by state, America is becoming totally reprobate and at total all-out war with God. How much longer will God allow such rebellion against him?
There is great sorrow in my heart after reading and posting this article. The Lord has to respond to this. 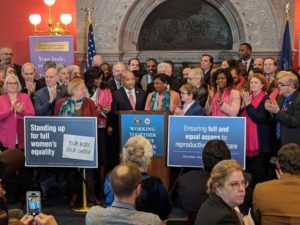 “New York passes bill allowing abortions up to birth, for any reason”

“After an intense debate for and against the proposal, the New York state Legislature passed a bill Tuesday that makes it legal for doctors and other health care professionals, such as midwives and physician assistants, to perform abortions up until birth for any reason in the state.

The so-called Reproductive Health Act that abortion advocates have been trying to get passed for 12 years and has been vehemently opposed by religious and conservative groups, passed with a 38-28 vote and thunderous applause in the state Senate chamber. The bill codifies federal abortion rights guaranteed under the 1973 Roe v. Wade Supreme Court decision and removes abortion from the state’s criminal code. 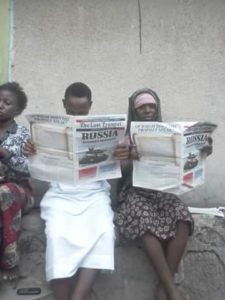 Three Young Moslems accepted Jesus Christ today through the message of healing the brokenhearted.  Down below is a picture of the young Moslems reading the Last trumpet Magazine. Pastor A


Revelation 22:20 He which testifieth these things saith, Surely I come quickly. Amen. Even so, come, Lord Jesus.