I was very concerned about the Hard Left reprobates in the military. If they are in key positions, it could be the death knell for the military in America. This is my worst nightmare. They are in the military and will turn it into Seattle and the enemy of the people!
Looking for the Blessed Hope and glorious coming of Jesus Christ for his believers. 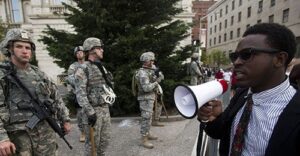 “A U.S. Army email, sent after the Fourth of July to its military and civilian members, included a graphic which claimed saying the phrase “Make America Great Again” is evidence of “white supremacy.”

The graphic listed other behaviors it deemed evidence of white supremacy, including, “Celebration of Columbus Day,” the “Denial of White Privilege,” “Talking about ‘American Exceptionalism,’” and saying “There’s Only One Human Race.”
The email invited “all soldiers and (Department of the Army) Civilian Personnel” to attend the U.S. Army’s “Operation Inclusion” seminars on July 8 and 9 at the Redstone Arsenal Army Base in Alabama. The email was sent by Chaney P. Pickard from the U.S. Army Aviation & Missile Center using an official government email.” 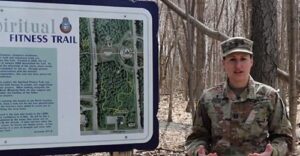 “Battle Brewing Between Anti-Religion Activist and Military Chaplains Using Social Media to Minister to Service Members” The Hard Left reprobates desperately want to drive all Godly chaplains out of the military and make is secular and godless!

“A major battle is brewing over how military chaplains are attempting to do their jobs in a pandemic world. Since social distancing guidelines have closed chapels and other meeting places, chaplains like many pastors have moved online to help meet spiritual needs. This has led to complaints about the nature of the posts and where they’re appearing.

CBN News recently spoke with the Chief Chaplain of the US Army about how those in his command have adapted to virtual ministry.” 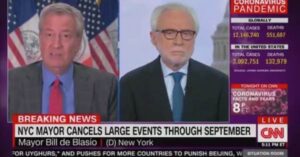 “Mayor De Blasio Tells CNN’s Wolf Blitzer That He Is Banning All Large Gatherings in NYC Except For Black Lives Matter Riots (VIDEO)” He is an open Communist who is in the process of destroying NYC. The people voted for him twice knowing he was a Communist, so they are getting what they voted for. I think he is turning NYC into a third world nation slum with nothing but the rich with massive amounts of poor.

“New York City Mayor Bill De Blasio and his wife Chirlane McCray joined activists on Thursday to paint Black Lives Matter on the street in front of Trump Tower. De Blasio does this as violence soars in his city and businesses are still locked down.

Later Thursday afternoon, the Commie mayor told CNN’s Wolf Blitzer that he is banning all large gatherings such as parades, fairs and concerts except for Black Lives Matter riots through September. Summer is cancelled in New York City.” 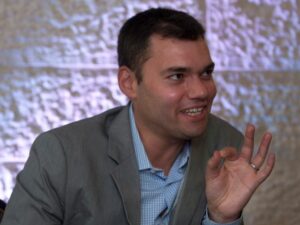 “NYT Publishes Peter Beinart Op-ed Calling for End of Israel” The attack by the Hard Left against both Israel and the Jews is now picking up. As America turns harder to the Left, these people will become more anti Jew and Israel.
“Liberal writer Peter Beinart’s latest oped published in the New York Times Wednesday has sparked outrage among U.S. Jewish leaders for calling for the end of Israel.
The opinion article, entitled “I No Longer Believe in a Jewish State,” calls for Israel to be replaced with a binational, unitary state called “Israel-Palestine.”
“Israel-Palestine can be a Jewish home that is also, equally, a Palestinian home,” writes Beinart in the July 8 piece.”

WHERE BLM IS HEADING 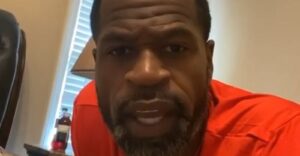 “Former NBA Player Stephen Jackson Defends DeSean Jackson’s Anti-Semitic Hitler Remarks Against Jews” There is no doubt this BLM movement is heading to Jew hating because it is riddled with Muslims. I could see this coming years ago. It just took time and right circumstances to bring this to the surface. The curse of God is on the movement.

The Eagles called DeSean Jackson’s posts “offensive, harmful and absolutely appalling,” and the wide receiver later issued two separate statements of apology with “a promise to do better.” 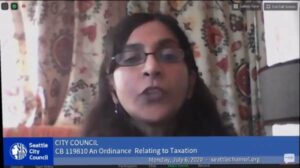 “Radical Seattle City Councilmember Kshama Sawant Vows to Overthrow the United States and Replace with “a Socialist World” The people are electing these Communists! What are we to do? It will be civil war or they can secede and get rid of these cancers to the nation.
(She is from India. Sawant is a member of the Marxist Socialist Alternative party, the United States section of the British-based Trotskyist international organization the International Socialist Alternative, formerly the Committee for a Workers’ International (CWI).

“Communist Seattle City Councilmember Kshama Sawant (Socialist Alternative) gave a victory speech Tuesday night after passage by the city council of the so-called Amazon Tax in which she vowed to overthrow the United States, replacing the government and society with a “socialist world”.

Sawant, 46, immigrated from India as an adult with a B.S. in computer science from the University of Mumbai received in 1994. Once in the U.S., Sawant earned a Ph.D in economics from North Carolina State University and became a U.S. citizen in 2010. Sawant has served on the Seattle City Council since 2014.” 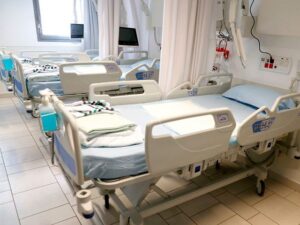 “Cleveland Clinic: ‘Broken Heart Syndrome’ Increased During Coronavirus Pandemic in 2 Ohio Hospitals” We need to draw closer to the Lord and have him take all the stress off us. There is hope in the Lord.

““Broken heart syndrome,” used to describe a group of symptoms that present themselves similarly to a heart attack, has increased during the coronavirus pandemic in at least two Ohio hospitals, according to a Cleveland Clinic study.

According to the Cleveland Clinic, “broken heart syndrome” — also referred to as Takotusubo cardiomyopathy and stress-induced cardiomyopathy — describes a “group of symptoms similar to those of a heart attack, occurring in response to a physical or emotional stress.” Symptoms can include chest pain and shortness of breath — neither of which, in the case of “broken heart syndrome,” are caused by blocked coronary arteries.” 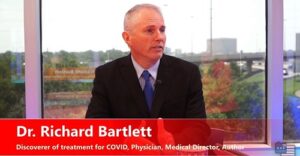 Dr. Richard Bartlett This is very interesting, but watch the main stream MSM ignore it, along with the Babylonian medical establishment.
It is too cheap for medical establishment to promote.
If you like our ministry, please consider making a donation to keep us going. May the Holy God of Israel bless you!
Revelation 22:20 He which testifieth these things saith, Surely I come quickly. Amen. Even so, come, Lord Jesus.
Share