John 3:16  For God so loved the world, that he gave his only begotten Son, that whosoever believeth in him should not perish, but have everlasting life.

She is a big time abortion supporter along with being a TDS Bernie bot!!! She drove her vehicle through two check points and the police fired at her. She was arrested on the club grounds. This is getting real tense as the TDS dems are losing hope and, I’m convinced, will turn to violence.
Pray pray for the protection of President Trump and all of us because the reprobates are now insane with rage and are extremely dangerous.

1 Timothy 2:1  I exhort therefore, that, first of all, supplications, prayers, intercessions, and giving of thanks, be made for all men; For kings, and for all that are in authority; that we may lead a quiet and peaceable life in all godliness and honesty. (3) For this is good and acceptable in the sight of God our Saviour; 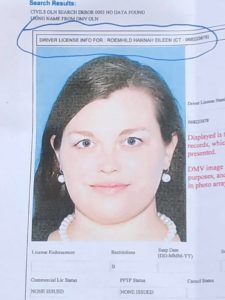 “Shots were fired today at the Mar-a-lago club in Palm Beach, Florida on Friday. The woman who breached Mar-a-Lago on Friday is Hannah Oremhild. She’s a Bernie-bot.” 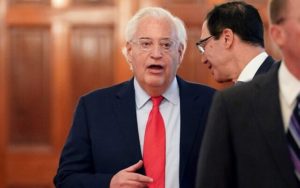 “US envoy: We won’t impose change to status quo to let Jews pray at Temple Mount” This peace plan is DOA. I have no interest in it. The good thing is it is just a proposal, so the President is not putting any pressure on Israel to divide the land.

“The US ambassador to Israel clarified Wednesday that the Trump administration does not seek to impose a change to the status quo at Jerusalem’s ultra-sensitive Temple Mount that would allow Jews to pray there. The plan does not “impose any alteration of the status quo that is not subject to agreement of all the parties,” David Friedman told reporters in a telephone briefing.” 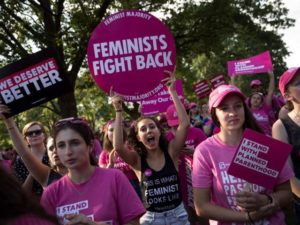 “Pete Buttigieg: ‘Freedom Doesn’t Exist’ Without Funding for Abortions” The Hard Lefts two special sins are killing babies and the homosexual agenda. They will do anything to protect and promote these sins.

“Part of American freedom is women’s freedom to make own reproductive decisions and freedom doesn’t exist if there is not funding for low-income abortion services,” Buttigieg said, according to CBS reporter Kate Smith.” 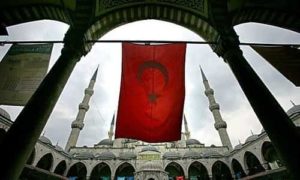 “Turkey Looking To Reestablish Muslim Caliphate With Jerusalem As Capital” This is a great article loaded with good information. The Muslims are going to meet their doom at Jerusalem.

“Before his election, Turkish political analysts feared that candidate Erdogan’s rise to power was fueled by his aspirations and those of his supporters to return Turkey to its former glory at the head of the Muslim world. His term in office confirmed these fears. In the wake of a failed attempt at a coup by a faction in the army in 2016, Erdogan mobilized the military against the populace and jailed hundreds of dissidents.

But Erdogan’s Caliphate aspirations extend beyond the borders of Turkey and target Israel and, most specifically, Jerusalem. At a summit of the Organization of Islamic Cooperation (OIC) in Istanbul last year, Erdogan called on all of the 57 Muslim member nations to join together against Israel to avenge the deaths of Palestinians killed while charging the southern border with Gaza.

In 2015, Erdogan gave a speech commemorating 562 years since the Turks captured Constantinople (now known as Istanbul) from European Christians in which he called for the Muslim conquest of Jerusalem.

“Conquest is Mecca, conquest is Saladin, it’s to hoist the Islamic flag over Jerusalem again; conquest is the heritage of Mehmed II and conquest means forcing Turkey back on its feet,” Erdogan said in the speech in Istanbul.” 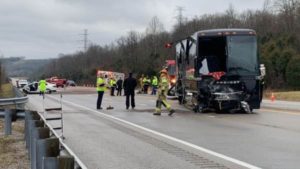 “Bus Carrying Covington Catholic Students Leaving March for Life Involved in Deadly Crash” This is really strange and bizarre. My first thought was the crash was done on purpose. It was like a kamikaze attack.

“One of the mothers of a student who was involved in the viral incident between students and a Native American activist last year told the Gateway Pundit that the bus carrying the students was hit head on. She said that a teacher was injured, a student had a bloody nose and the driver of the other vehicle died.

None of the students were seriously injured, but the driver of the car was pronounced dead at the scene. Their name has not yet been publicly released.

The crash happened around 7:20 a.m. in California, Kentucky. WLWT reports, “according to witnesses on the scene, a southbound car somehow entered the northbound lanes of the highway, striking the charter bus head-on.” 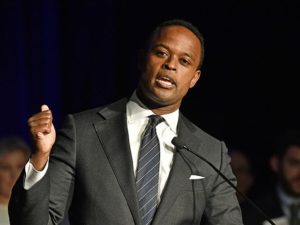 “Kentucky Attorney General Daniel Cameron Leads 17 States in Potential SCOTUS Abortion Case”
This is exciting to see that 17 states are standing together on this pro life case.

“Kentucky Attorney General Daniel Cameron (R) is leading 17 states in the filing of an amicus brief before the U.S. Supreme Court in support of an Indiana law that requires parents to be informed when their child is granted court approval for an abortion without their consent.” 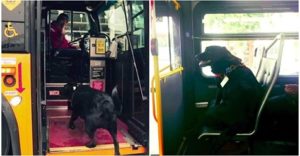 “Dog rides bus by herself every day to play in local park – then takes bus home again”
This is a great change of pace from the lies of Adam Schiff and the demon-dems. I enjoyed this article and it is heart warming. The problem is there are so many wackos in the world, the dog could be harmed.

“IF you’ve ever been too scared to let your kids take the public bus by themselves, you might change your mind when you see this.

Meet Eclipse. She’s an adorable black Lab and Mastiff mix who travels to the park every day by herself. Because she don’t need no man … or woman for that matter.” 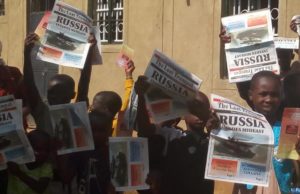 Greetings pastor Hauser, and praise the Name of Jesus the king, How are you today and the ministry work of the last trumpet, am more than happy to receive the Parcel you sent trumpet updates for 2019 etc. After receiving it I was able to go and give them out as per requested by the people.


The good testimony is that people from different categories who received the newsletters were blessed by the teaching of the last trumpet the writers team and thanked you so much for having God Given you such a vision, as from the testimony many are speaking of the updates to be what is with truth of what is Happening to all and that Christ is About to come for His Bride. 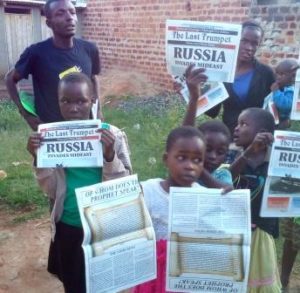 Also many are testifying of how closer they are moving to God Because of the Teaching and wiling inspired and changed by the Teachings ,His accepted Jesus By the Teachings ,I have also several people who are saying of Blessed by the work and blessed in their life, I Am sending you some photographs for you to see the work done here

And they need much of the Newsletters material to reach them and there communities , reaching this place and making Us Be healed as a city through your teachings,it can be good. Am kindly requesting you sent sent me another additional material as soon as possible to reach and give to many, Muslims, this region needs evangelism at work for God as Opened door to reach Muslim with the message are coming to Jesus, ,people here are Hungry with Jesus and more than happy that the teachings are reaching many and continuing to expand the Kingdom Territories. Pastor M


If you like our ministry, please consider making a donation to keep us going. May the Holy God of Israel bless you!
Revelation 22:20 He which testifieth these things saith, Surely I come quickly. Amen. Even so, come, Lord Jesus.
Share