Ezekiel 33:11 Say unto them, As I live, saith the Lord GOD, I have no pleasure in the death of the wicked; but that the wicked turn from his way and live: turn ye, turn ye from your evil ways; for why will ye die, (America)?

I have been following the awesome disasters hitting America year after year. There has been no let up in the disasters with especially California being hit the hardest. I see these disasters as warning from the Lord that America is on a collusion course with him because of the promoting sin and mocking his word.

I wrote a book titled God’s Final Warning to America, last updated in 2001. In this book, I documented dozens of same day events when America committed national sin involving abortion, homosexuality or touching Israel the greatest disasters in US history happened. I later wrote As America Has Done to Israel which documented the disasters which hit America for touching Israel.

What happened was when Obama was elected, I noticed the correlation of his actions and disasters gradually ceased. There were tremendous disaster hitting America but I could not make correlations to the sin Obama was promoting. What I realized, Obama was the judgment and the nation was now under general judgment.

President Trump was elected and he blessed Israel and tried to do his best to stop abortion, but very little was done. He is very soft towards homosexuality and their agenda us full speed ahead. In one sense, the President brought blessing on America by blessing Israel, but child killing and the homosexuality agenda was not touched; neither was there any national repentance for these sins.

Year after year, there were record breaking floods and fires in many areas of the nation. The massive floods this year were aimed at the crop producing area of the nation. It appeared that God’s judgments were aimed at the crops. In addition to all this, in the last three years many cities were decaying into a third world status. The streets were overrun with the homeless. The worst was California with the cities so bad that dangerous communicable diseases like the bubonic plague was making a coming back! At the same time the southern border was overrun with upwards of a million people overrunning the border and pouring into America. Again as I followed this, I correlated what was happening to general judgment for unrepentant national sin.

I watch California closely as I felt it was reading the nation in sin, rebellion and mocking God, and he was going to make an example of it as a warning to the nation and world. I also believed that God’s judgments in destroying this state would correlate with the sin of the state, so the judgments would be unmistakable. There would be a clear correlation that no one could deny.

In the end of June which is “Gay Pride Month” the California State legislature passed Resolution ACR-99. This resolution by the state was telling pastors and teaching of the word to stop any interaction with homosexuals that there was something wrong with homosexuality! There is NO doubt this just was the first step by the state to interfere with the preaching and teaching the word regarding homosexual and other related sexual sin. The state was stepping into the Lord’s realm regarding the word of God. When learned of this, I could see that the government of California along with the people who voted them in office were now on a direct collision course with God. Because he is holy, God will not tolerate homosexuals and their supporters interfering with the preaching of his holy word.

A few days on later on July 4, Southern California was hit with a powerful 6.4 earthquake, but this was just a foreshock! On July 5, the same area was hit was a massive 7.1 quake that was felt from Mexico to San Francisco. These two earthquakes were just two phases of one earthquake. While the nation was celebrating the Declaration of Independence these powerful earthquakes shook a huge section of the state that just had warned the church not to preach or teach against homosexuality!

Psalm 19:9 The fear of the LORD is clean, enduring for ever: the judgments of the LORD are true and righteous altogether.

The timing of these earthquakes is breathtaking. America was celebrating its birth, when the Lord fired a torpedo into the ship! Did the final judgment of death for America begin on July 4? The timing is a clear sign that God is beginning the process of judgment on  nonstop killing babies in the womb. There are lots of other sins, but these two fit right into Leviticus 18 (see below).

The California government declared war against God, his word and his people. God responded with two massive earthquakes. Now what is the church going to do? This is crunch time, especially for the church in California, but also the rest of the nation. The battle lines are drawn right before our eyes. What is the church of Jesus Christ going to? To do nothing and sitting on the sidelines means more judgment until the state destroyed. For the church, it is now or never. I think the Lord will destroy the state in stages with pauses between the each stage. This is to give time to church to repent. God will show mercy right to the end. 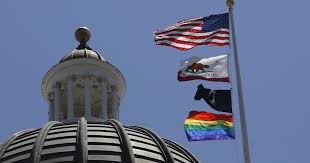 “The resolution, ACR-99, Civil Rights: Lesbian, gay, bisexual or transgender people urges counselors, pastors, churches, educators, and others to avoid supporting the historic Christian view of sexual ethics. The measure says such support can result in “disproportionately high” rates of suicide, attempted suicide, and depression among persons who identify as LGBT. The resolution makes a point to condemn in broad terms what is often referred to as conversion therapy, calling the practice, also known as sexual orientation change efforts, “harmful.” 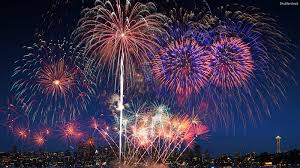 Biggest earthquake in years rattles Southern California 07/04/19 It was a 6.4 magnitude earthquake that right on the day Americans were celebrating the nation’s independence.

“The largest earthquake in two decades rattled Southern California on Thursday morning, shaking communities from Las Vegas to Long Beach and ending a quiet period in the state’s seismic history.” 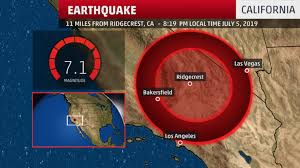 “After a swarm of more than 1,400 earthquakes hit the Searles Valley region over the past two days, a magnitude 7.1 temblor — the biggest yet — struck Friday evening. The quake hit roughly 10 and a half miles from Ridgecrest at about 8:19 p.m., the U.S. Geological Survey reports. After previously downgrading the magnitude to 6.9, seismologists pushed it back up to the preliminary figure of 7.1. The epicenter was about 7 miles northwest of the 6.4 magnitude Fourth of July foreshock that was previously thought to be what seismologists call the “mainshock,” or largest event in a seismic series.”

The Sins that Trigger God’s Judgment on a Nation

For my full teaching on this see: Homosexuality vs God’s Holiness

Leviticus 18:20 Moreover thou shalt not lie carnally with thy neighbour’s wife, to defile thyself with her. (21) And thou shalt not let any of thy seed pass through the fire to Molech, neither shalt thou profane the name of thy God: I am the LORD. (22) Thou shalt not lie with mankind, as with womankind: it is abomination. (23) Neither shalt thou lie with any beast to defile thyself therewith: neither shall any woman stand before a beast to lie down thereto: it is confusion.
Leviticus,25 18:24 Defile not ye yourselves in any of these things: for in all these the nations are defiled which I cast out before you: And the land is defiled: therefore I do visit the iniquity thereof upon it, and the land itself vomiteth out her inhabitants.