In five years under dictator Kim Jong Un, North Korea has tested more missiles than in the previous three decades, pursuing its goal of developing one that can carry a nuclear warhead as far as the U.S. mainland
PDF 📄

North Korea just fired off a successful missile launch. It appears this missile could carry a nuclear weapon. The day of confrontation with NK is getting very close. World War 3 might start with this war. China and Russia both border on NK, so the war could spread very quickly.

Isaiah 2:19 And they shall go into the holes of the rocks, and into the caves of the earth, for fear of the LORD, and for the glory of his majesty, when he ariseth to shake terribly the earth. 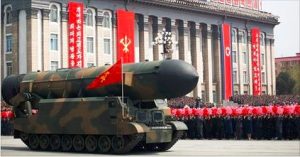 In five years under dictator Kim Jong Un, North Korea has tested more missiles than in the previous three decades, pursuing its goal of developing one that can carry a nuclear warhead as far as the U.S. mainland

Inside North Korea’s Accelerated Plan to Build a Viable Missile 05/14/17  NK must be getting close to the red line with its long range missiles. They don’t intend to stop unless they are forced.

“North Korea’s launch on Sunday of its most-sophisticated missile yet offered new clues into how serious the country is in its nuclear ambitions.
In the past three years, North Korea has launched more major missiles than in the three previous decades combined.
That acceleration is one of the most dramatic signs of leader Kim Jong Un’s push to overhaul the country’s weapons program since he took power in late 2011. He has modernized production of nuclear and missile parts, upgraded the program within the military hierarchy and overtly pampered engineers, forcing Western leaders to worry more about Pyongyang’s intentions than ever before.
On Sunday, North Korea launched its 10th missile so far this year. The weapon hasn’t been identified, but Japan’s defense minister said it might be a new type of ballistic missile. Initial projections from several experts suggested it would be able to reach U.S. military forces in Guam.”

North Korea fires ballistic missile off its coast, Pentagon confirms 05/13/17  Kim Jong-Un has been quiet lately, but he is back again, firing missiles. The challenge will come when he sets off a nuclear explosion.

“North Korea launched some type of ballistic missile, a Pentagon official confirmed to Fox News. The official says the U.S. Pacific Command and U.S. Strategic Command are still assessing.
South Korea’s Yonhap is reporting the missile traveled about 435 miles. If confirmed, this would likely indicate a successful test launch.
The launch took place at a region named Kusong located northwest of the capital, Pyongyang, where the North previously test-launched its intermediate-range missile it is believed to be developing.” 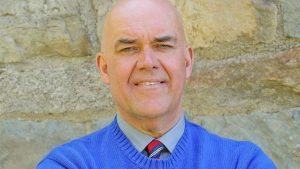 Victory! Teacher fired for giving student a Bible — gets job back 05/13/17

“Mr. Tutka also happened to be a substitute teacher in Phillipsburg, New Jersey. But he was fired from that job after he gave a student a Bible.
The student happened to be the last person entering through a door. Mr. Tutka told the youngster, “The first shall be last, but the last shall be first.”
The student later inquired on several occasions about the origins of the quote. He showed the student the verse in his Bible, which led to the student asking for a personal copy of the Bible. And being a good Gideon, Mr. Tutka gladly supplied the child with a copy.
It did not seem to matter to the school district that the student had asked for a copy of the Good Book.
First Liberty Institute took on Mr. Tutka’s case — and eventually scored a victory with the Equal Employment Opportunity Commission. They agreed that the school district had discriminated against Mr. Tutka on the “basis of religion and retaliation.” 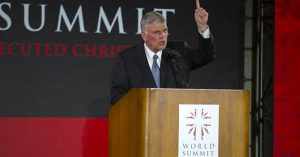 Franklin Graham Calls Persecution of Christians ‘Genocide’ 05/14/17  Most of the persecution is coming from the Muslims. The Hard Left in America has the same spirit as the Muslims. If the Hard Left has its way, America will be just like Iraq for us. These are dangerous people.

“Franklin Graham, son of the famed evangelical preacher Billy Graham, urged fellow Christians to struggle against a “Christian genocide” that he says has killed in greater numbers than most believers can fathom.
Graham, who has been criticized by some evangelicals for calling Islam “evil” and for portraying President Trump as aligned with the Christian church, spoke Wednesday (May 10) at a conference aimed at highlighting an issue many feel is ignored by politicians and the media.
“It is safe to say that over 100,000 a year are killed because of their faith in Christ. In the last 10 years that would be close to a million people. It’s the equivalent of a Christian genocide,” Graham told the World Summit in Defense of Christians.
“I am sure the number of Christians who are in prison or martyred each year would stagger our mind if we really knew what the total number really was. And it would send us to our knees in sorrow and in prayer.”

LGBTs Defeated in Ky. Court Decision Over T-Shirt Maker’s Religious Freedom 05/13/17  It does seem odd when we win in court. For the most part, the courts are in the hands of the Hard Left.

“A Kentucky appeals court ruled on Friday that the owner of a Lexington apparel and accessory printing company, Hands On Originals (HOO), has the freedom to not print certain messages based on his faith.
“In other words, the ‘service’ HOO offers is the promotion of messages. The ‘conduct’ HOO chose not to promote was pure speech,” said Chief Judge Joy A. Kramer, in the opinion. “There is no contention that HOO is a public forum in addition to a public accommodation. Nothing in the fairness ordinance prohibits HOO, a private business, from engaging in viewpoint or message censorship. Thus, although the menu of services HOO provides to the public is accordingly limited, and censors certain points of view, it is the same limited menu HOO offers to every customer and is not, therefore, prohibited by the fairness ordinance.” 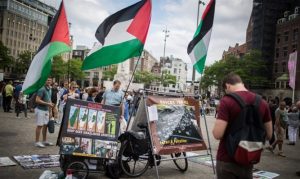 California university approves BDS resolution 05/13/17  Now by the week, we can see this state turning to the Hard Left. Soon the Hard Left and the Muslims will be one in thought and action. They are being merged by the Lord for judgment.

“A student association affiliated with California State University has passed a resolution calling for divestment from companies “profiting from Palestinian oppression”, the JTA news agency reported Friday.
The senate of Associated Students, Inc., a nonprofit membership association and auxiliary organization of the university, passed the call on Wednesday in a resolution addressed to the university but which is not binding on it, the report said.
The university’s president, Jane Close Conley, on April 26 sent the senate an open letter opposing plans to issue calls for a boycott against Israel.
The resolution passed this week by the student senate calls on the university “to divest from companies that receive monetary gain from Palestinian oppression”, according to JTA.” 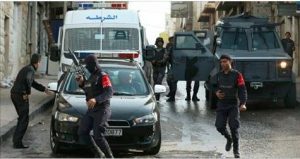 Jordanian Press: Hundreds of Thousands of Young Jordanians Support Islamic State 05/13/17  According to the Bible, at the end Jordan is an enemy of Israel. Jordan will be a major player in the Psalm 83 war, but will be totally destroyed. It will cease to be a nation.

Zephaniah 2:8-9  I have heard the reproach of Moab, and the revilings of the children of Ammon, whereby they have reproached my people, and magnified themselves against their border. (9) Therefore as I live, saith the LORD of hosts, the God of Israel, Surely Moab shall be as Sodom, and the children of Ammon as Gomorrah, even the breeding of nettles, and saltpits, and a perpetual desolation: the residue of my people shall spoil them, and the remnant of my people shall possess them.

“As Jordan becomes the target of an increasing number of Islamic State-affiliated terror attacks, the country’s press is calling on the government to do more to combat extremism, warning that hundreds of thousands of young Jordanians may support the terror group.
With some 4,000 Jordanian nationals having joined the Islamic State in Syria and Iraq since 2011, Jordan has the second highest number of recruits after Tunisia, according to a report published by the Congressional Research Service. 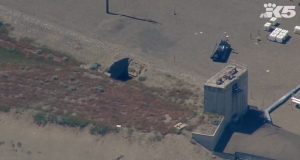 Hanford nuclear site tunnel collapse leads to mass evacuation, “radiological contamination” and FAA air space ban 05/13/17  There was very little on the news about this incident. This has the potential to be very serious.

“A tunnel used to shuttle hot fuel rods around the Hanford Nuclear Reservation near Seattle, WA has suffered a catastrophic structural failure followed by a partial collapse of about 400 square feet of its roof. The tunnel is widely reported as being “full of highly contaminated materials,” according to local news channel King 5.
For many years, the Hanford facility manufactured plutonium-239 for building nuclear weapons. Plutonium-239 has a half-life of 24,000 years.”

“In the aftermath of the global WannaCry ransomware attack, which has spread around the globe like wildfire, a significant number of corporations and public services have found their infrastructure grinding to a halt, unable to operate with unprotected if mission-critical computers taken offline indefinitely
One place which seemed to have emerged relatively unscathed from the global cyber-havoc (aside from the US, which is ironic as it is the U.S. NSA that was created the hacking software) has been China. Or so it seemed due to lack of media reports from the mainland. Now, courtesy of 95cn.org, and its twitter account, we have the first visual evidence that China too was materially impacted, to the point where not only local ATMs had been taken offline, but Chinese traffic police, immigration authorities and various public security bureaus and schools have suspended normal work until the malware threat is resolved.”

2 Timothy 4:1-3  I charge thee therefore before God, and the Lord Jesus Christ, who shall judge the quick and the dead at his appearing and his kingdom; Preach the word; be instant in season, out of season; reprove, rebuke, exhort with all long suffering and doctrine. For the time will come when they will not endure sound doctrine; but after their own lusts shall they heap to themselves teachers, having itching ears;