Europe Is Abolishing Itself Through Mass Immigration

Europe is self-destructing right before our eyes. The more Europe turned from God the faster the destruction. Right now it is terminal with no way to stop it. The Europeans rejected the Holy God of Israel, so now they are getting millions of Muslims with many who want to destroy all the countries they are coming into! 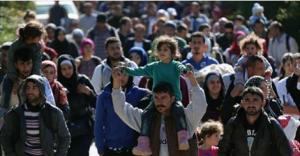 Swiss Magazine: Europe Is Abolishing Itself Through Mass Immigration 04/08/16  It really does look as if God has completely pulled out of Europe and turned the Europeans over to their reprobate minds.  Under the control this mind they are committing continental suicide.

This is suicide by Muslims. America is next on-line for national suicide. Just watch what is happening in Europe; it is coming here shortly afterward.

“Europe is abolishing itself and “it is an illusion” to think the continent can cope with the recent wave of mass migration, the editor of a Swiss magazine has warned.
In an editorial in Die Weltwoche, Roger Köppel argues that the terrorist attacks in France and Brussels are “acute symptoms” of Europe’s ill-conceived immigration policies and “just a taste” of things to come.
Many of the observations by the Swiss People’s Party (SVP) MP will shock liberals, as Köppel condemns the mass movement of people entering Europe “under the guise of asylum” as “shock therapy” and “a human experiment” on European societies by politicians with no mandate.
He also points out that attempts by European countries to integrate Muslim populations have failed and cautions that the more “refugees” Europe accepts the more likely terrorist attacks on the continent become.” 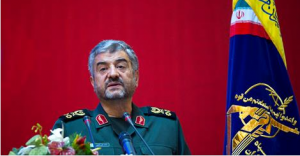 Top Iranian general: Iran preparing for all-out war with the US 04/06/16  Since 1979 Iran views America as the “great satan”, and its number one enemy. They feel that for Shiite Islam to take over the world, the US has to be destroyed, and once that the US is destroyed Israel will soon follow.

“Iranian Revolutionary Guards Corps (IRGC) Commander Major General Mohammad Ali Jafari has said Iran is preparing for all-out war with the US and its allies, and has vowed Iran will continue advancing and testing its ballistic missile program.
Speaking at a gathering of senior IRGC commanders in Tehran Tuesday, Jafari declared that the US “would not be able to do a damned thing” in the face of Iranian advances, according to official Tasnim news agency.
“For years, we have been building power on the presumption of a widespread war with the US and its allies, and have developed all our capacities and capabilities for decisive victories over such enemies,” Jafari said.
The top Iranian general also blasted neighboring Arab states for what he termed as “stupid behavior,” in opting to align with Israel and the United States against Iran.” 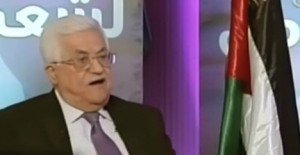 Media Monitor: Abbas Tells Palestinians Entire State of Israel ‘Occupied,’ Calls for Peace When Addressing Foreign Audiences (VIDEO) 04/07/16  The Palestinians have been saying this since the PLO started in 1964. They speak about peace to the West, but in Arabic it is talk about destroying Israel.

I believe that the next war between Israel and the PLO will be the last.

“Palestinian Authority President Mahmoud Abbas speaks in “two languages” when articulating his policies on Israel, a Jerusalem-based research institute reported on Wednesday.
According to the Palestinian Media Watch report, when Abbas addresses Palestinians – and through his PA-controlled media — he consistently refers to the entire state of Israel as “occupied” territory.
When talking to foreign audiences, however, PMW said, “Abbas implies acceptance of Israel’s legitimacy, pledging that he is in favor of the two-state solution, with Israelis and Palestinians living side by side in peace.” 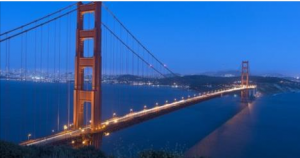 Psalm 107:33,34  He turneth rivers into a wilderness, and the watersprings into dry ground; A fruitful land into barrenness, for the wickedness of them that dwell therein.

I believe that God is going to destroy California on a day of state wickedness and rebellion against His word. Also, I believe the connection will be clear to see for all who have spiritual eyes.

This state has led the way in taking the nation into sin, and God is going to make an example of this state for the entire world to see, by the connection to His judgment.
God gave many warnings of the coming judgment.

“Over the past ten years, approximately five million people have moved away from the state of California, and as you will see in this article this mass exodus appears to be accelerating. So exactly why is this happening?
Once upon a time, it seemed like almost everyone wanted to live in California. The nearly endless sunshine, the incredible weather, the pristine beaches and a booming economy motivated millions of young Americans to move out there to pursue “the California Dream”. In fact, in the early nineties I actually explored the idea of moving out there myself. But now the California Dream has become a nightmare.
Californians are being taxed to death, traffic in the major cities is absolutely horrific, violent crime and gang activity are on the rise, millions of illegal immigrants are putting an incredible strain on social support systems, and the ultra-liberal government in Sacramento seems to have gone completely insane.
In addition, the state faces constant threats from earthquakes, wildfires, droughts and mudslides, so it is quite understandable why so many people feel motivated to leave and never come back.
The number one destination for people leaving the state of California in recent years has been the state of Texas. And according to Ali Meyer of the Washington Free Beacon, the number of people leaving California for Texas has reached “its highest level in nearly a decade”…
The number of Californians leaving the state and moving to Texas is at its highest level in nearly a decade, according to data from the Internal Revenue Service.
According to IRS migration data, which uses individual income tax returns to record year-to-year address changes, over 250,000 California residents moved out of the state between 2013 and 2014, the latest period for which data was available. The tax returns reported more than $21 billion in adjusted gross income to the IRS.
Of the returns, 33,626 reported address changes from California to Texas, which has been the top destination for individuals leaving California since 2007.” 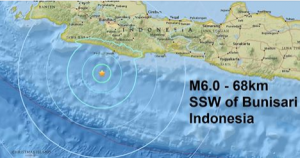 A mag 6.0 – 68km SSW of Bunisari, Indonesia is the sixth major quake of April in six day’s! 04/07/16  I just want you to know that there is a huge amount of large earthquakes hitting the Pacific. I don’t know if these means the quakes are going to intensify or spread. If this continues, I will keep you posted.

“A mag 6.0 – 68km SSW of Bunisari, Indonesia is the sixth major quake of April,
We had five major quakes in the whole month of March and now we have had six in the first six day’s of April!
April is traditionally a busy month for major quakes, I don’t know why.
This evening’s quake is the 34th of 2016.”

Zephaniah 1:10  And it shall come to pass in that day, saith the Lord, that there shall be the noise of a cry from the fish gate, and an howling from the second, and a great crashing from the hills.