Europe: The Substitution of a Population

This is a fantastic article that you must read. It shows how Europe’s sin is destroying the culture. Europe has been under the direct judgment of the Lord for decades but few could see it. Since the vast amount of Europeans reject the Bible, kill their babies, promote the homosexual agenda, reject the Jews and want to divide both Israel and Jerusalem, according to God’s word He must judge them.

For many decades this could not be seen, but nevertheless it was happening. As the Europeans went deeper into rebellion against the Lord, the floodgates opened for the Muslims. The Muslims entering Europe matched the rebellion against God. There is a point of no return which has arrived. Europe is breaking down under the sheer numbers of Muslim invaders.

The Europeans don’t want children, but the Muslims have many. Europe is dying because of no children, so Muslims are filling the void! The Europeans are committing mass cultural suicide by infanticide and allowing the Muslim invasion!

At some point, the pressure of the Muslim population has to break Europe, and it seems the time has arrived. The Europeans are either going to succumb to Islam or battle the Muslims. Right now they are succumbing to Islam, but is there any fight left? The Europeans rejected God and his word, so now he is giving them a full dose of Islam, and they don’t like it!

God is doing the same with America. As we kill our babies, refugees are flooding into the nation. As the nation turns from the Lord, Muslims are pouring in. What you see happening to the Europeans is in the process of happening here! Sometimes God’s judgments are slow but the timing is always perfect and the reason is always just. Right now, America is under a slow but relentless judgment, and unless there is repentance and turning to the Lord it can’t be stopped. The nation has offended God’s holiness and he is moving in righteous judgment against America which mocks him and promotes the very sins which the Bible states moves God to judgment. Look around and you will see his judgment all around.

May the Holy of Israel bless and protect you. 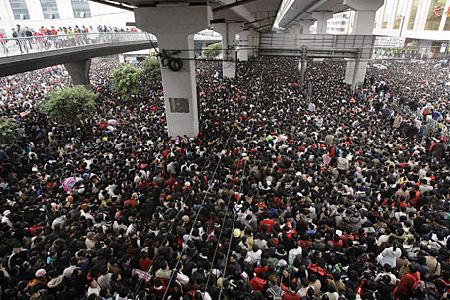 Out with the old, in with the new… Europe, as it is aging, no longer renews its generations, and instead massive numbers of migrants from the Middle East, Africa and Asia, who are going to replace the native Europeans, and who are bringing cultures with radically different values about sex, science, political power, culture, economy and the relation between God and man

Europe: The Substitution of a Population 08/27/16  God really does not have to do anything but sit back and watch how the vacuum of children is sucking the Muslims in! The Europeans don’t want either children or the Lord, so now they are being replaced by Muslims and allah. Europe is dying right before your eyes with no way to stop it. They are locked into to destruction by their own sin.

“Deaths that exceed births might sound like science fiction, but they are now Europe’s reality. It just happened. During 2015, 5.1 million babies were born in the EU, while 5.2 million persons died, meaning that the EU for the first time in modern history recorded a negative natural change in its population. The numbers come from Eurostat (the statistical office of the European Union), which since 1961 has been counting Europe’s population. It is official. 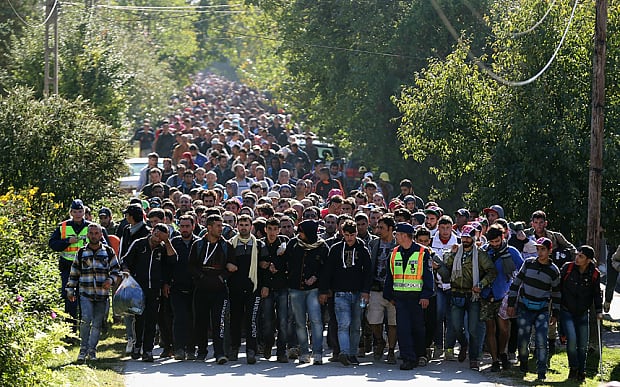 This shift is what the British demographer David Coleman described in his study, “Immigration and Ethnic Change in Low-Fertility Countries: A Third Demographic Transition.” Europe’s suicidal birth rate, coupled with migrants who multiply faster, will transform European culture. The declining fertility rate of native Europeans coincides, in fact, with the institutionalization of Islam in Europe and the “re-Islamization” of its Muslims.

In 2015, Portugal recorded the second-lowest birth rate in the European Union (8.3 per 1,000 inhabitants) and negative natural growth of -2.2 per 1,000 inhabitants. Which EU country had the lowest birth rate? Italy. Since the “baby boom” of the 1960s, in the country famous for its large families, the birth rate has more halved. In 2015, the number of births fell to 485,000, fewer than in any other year since the modern Italy was formed in 1861.

Eastern Europe now has “the largest population loss in modern history”, while Germany overtook Japan by having the world’s lowest birth rate, when averaged over past five years. In Germany and Italy, the decreases were particularly dramatic, down -2.3% and -2.7% respectively.

Some businesses are no longer even interested in European markets. Kimberly-Clark, which makes Huggies diapers, has pulled out of most of Europe. The market is simply not cost-effective. Meanwhile, Procter & Gamble, which produces Pampers diapers, has been investing in the business of the future: diapers for old people.

Europe is becoming gray; you can feel all the sadness of a world that has consumed itself. In 2008, the countries of the European Union saw the birth of 5,469,000 children. Five years later, there were nearly half a million fewer, 5,075,000 — a decrease of 7%. Fertility rates have not only fallen in countries with aching economies, such as Greece, but also in countries such as Norway, which sailed through the financial crisis.

Psalm 127:3  Lo, children are an heritage of the LORD: and the fruit of the womb is his reward. As arrows are in the hand of a mighty man; so are children of the youth. Happy is the man that hath his quiver full of them: they shall not be ashamed, but they shall speak with the enemies in the gate.

As Lord Sacks recently said, “falling birth rates could spell the end of the West”. Europe, as it is aging, no longer renews its generations, and instead welcomes massive numbers of migrants from the Middle East, Africa and Asia, who are going to replace the native Europeans, and who are bringing cultures with radically different values about sex, science, political power, culture, economy and the relation between God and man.

Liberals and secularists tend to dismiss the importance of demographic and cultural issues. That is why the most important warnings come from some Christian leaders. The first to denounce this dramatic trend was a great Italian missionary, Father Piero Gheddo, who explained that, due to falling birth rates and religious apathy, “Islam would sooner rather than later conquer the majority in Europe”. He was followed by others, such as Lebanese Cardinal Bechara Rai, who leads the Eastern Catholics aligned with the Vatican. Rai warned that “Islam will conquer Europe by faith and birth rate”. A similar warning just came from yet another cardinal, Raymond Leo Burke.

In one generation from now, Europe will be unrecognizable. People in Europe now largely seem to feel that the identity of their civilization is threatened primarily by a frivolous libertarianism, an ideology under the guise of freedom, that wants to deconstruct all the ties that bind man to his family, his parentage, his work, his history, his religion, his language, his nation, his freedom. It seems to come from an inertia that does not care if Europe succeeds or succumbs, if our civilization disappears, drowned by ethnic chaos, or is overrun by a new religion from the desert.

As a paper in the Washington Quarterly explains, the fatal meeting between Europe’s falling birth rates and rise of Islam has already had significant consequences: Europe has turned into an incubator of terrorism; formed a new poisonous anti-Semitism; seen a political shift to the far right; undergone the biggest crisis in European authoritarian unity and witnessed a refocusing of foreign policy since Europe’s withdrawal from the Middle East.

Demographic suicide is not only experienced; it appears to be wanted. The xenophile European bourgeoisie, which today controls politics and the media, seem imbued with a snobbish and masochistic racism. They have turned against the values of their own Judeo-Christian culture and combined it with a hallucinatory, romanticized view of the values of other cultures. The sad paradox is that Europeans are now importing young people in large numbers from the Middle East to compensate for their lifestyle choices.

An agnostic and sterile continent — deprived of its gods and children because it banished them — will have no strength to fight or to assimilate a civilization of the zealous and the young. The failure to counter the coming transformation seems to come down on the side of Islam. Is what we are seeing the last days of summer?”