Give Everyone a Barcode? China Use COVID Fears to Launch Global Tracking System for Humans

2 Corinthians 2:11 Lest Satan should get an advantage of us: for we are not ignorant of his devices.

China gave the world the Covid-19, and now it wants to create a world wide medical code to tie everyone into this system! China is trying to create a world medical system. This is a huge step towards the NWO, and the 666 Surveillance System.

Revelation 13:16, 17 And he causeth all, both small and great, rich and poor, free and bond, to receive a mark in their right hand, or in their foreheads: And that no man might buy or sell, save he that had the mark, or the name of the beast, or the number of his name. (18)Here is wisdom. Let him that hath understanding count the number of the beast: for it is the number of a man; and his number is Six hundred threescore and six. 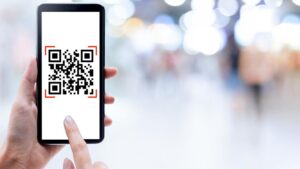 “Give Everyone a Barcode? China Trying to Use COVID Fears to Launch Global Tracking System for Humans”

“China’s communist leader Xi Jinping is calling for countries across the world to accept a global COVID-19 tracking system that uses QR codes in an attempt to expedite international travel.

Xi proposed the concept during a virtual G20 leaders’ meeting on Saturday, noting that this “global mechanism” uses an electronic barcode that would help determine a traveler’s health status, according to China’s government-run “news” agency.

“China has proposed a global mechanism on the mutual recognition of health certificates based on nucleic acid test results in the form of internationally accepted QR codes,” Xi said. “We hope more countries will join this mechanism.” 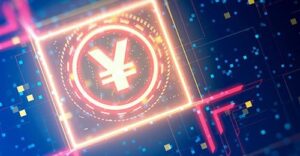 “A Road Map of Persecution’: Why China’s Cashless Experiment Signals a Global End to Privacy” It looks like China is leading the charge for a cashless society and eliminating cash.

The nation pushing the hardest for digital money is also one of the world’s most oppressive – China. China has begun trials of a new digital Yuan, with the aim of becoming the first country in the world to offer a digital sovereign currency.

Unlike digital currencies like Bitcoin, which work outside the control of a governing authority, the digital Yuan will be the world’s first digital currency issued by a central bank.” 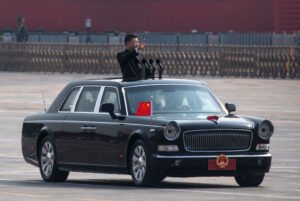 “Cooperate with China or World War 3: Kissinger” This is a great article showing the mindset of the NWO leader Henry Kissinger. It was people like him who helped create the Chinese monster and now he wants us to surrender to them!

“”I would think we need first of all a dialogue with the Chinese leadership in which we are defining what we’re attempting to prevent and in which the two leaders agree that whatever other conflicts they have they will not resort to military conflict,” Henry Kissinger told Bloomberg News Editor-in-Chief John Micklethwait on November 16 at the Bloomberg New Economy Forum. “Unless there is some basis for some cooperative action, the world will slide into a catastrophe comparable to World War I.”

Of course no one wants war of any type with China, but in a little over 14 minutes Kissinger managed to totally misinterpret Chinese history, support Beijing’s most important foreign policy goal, and give deeply misguided advice to Joe Biden. Kissinger has evidently learned nothing from years of dangerous Chinese behavior, which is partly the result of his policy formulations.” 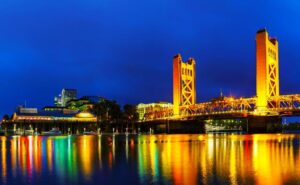 “California court respects strip clubs’ rights while discriminating against churches” This shows exactly the plans of the reprobates against the Church. What you see happening in China is exactly what the Hard Left wants to do in America. They literally hate, loath and despise the believers in the Lord and who stand for his word.

“On November 6, 2020, the Honorable Joel R. Wohlfeil of the San Diego Superior Court issued a Temporary Restraining Order enjoining Governor Newsom and San Diego County from enforcing their COVID-19 restrictions against Pacers Showgirls. In issuing the order, the court found that the strip clubs’ entertainment is “constitutionally protected speech.” The court concluded that “the harm to [the strip clubs] if the Application is denied is greater than the harm to [the government] if the Application is granted.”

In contrast, courts in California have refused to enjoin these same COVID-19 restrictions against houses of worship. As a result, in many counties — including San Diego — churches are closed for indoor services while strip clubs remain open indoors. In other words, California courts have currently extended greater constitutional protections to strip clubs than churches.” 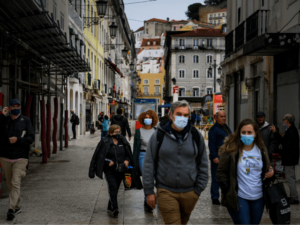 “Concern After European ‘Anti-Hate’ Group Boss Discussed ‘Necessity’ of Killing White People” The move of the Hard Left Communists to focus on murdering white people but especially white males. This must be taken seriously as they have a murdering spirit in their hearts.

“Ba, a Portuguese citizen originally from Senegal, attended the conference on Saturday which was on the topic of “Racism and the Advancement of Hate Speech in the World”.

During the conference, which was attended by Portuguese speakers from Portugal and Brazil, Ba stated “it is necessary to kill the white man, murderer, colonial, and racist” to “prevent the social death of the black political subject”.

According to a report from Portuguese daily newspaper Correio da Manhã, the statement was a quote from Algerian far-left anti-colonialist political philosopher Frantz Fanon, who openly advocated for violence during the French rule of Algeria in his seminal work The Wretched of the Earth.”

HARD LEFT VIOLENCE OF WHAT THE FUTURE HOLDS 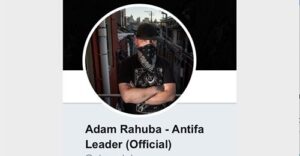 “Pittsburgh Area Antifa Leader Tweets Warning To Trump: “We are armed…If you do not concede by Sunday at noon, we will begin to block roads in conservative areas” If the government doesn’t protect the people, then we are forced to protect ourselves.

“If you do not concede by Sunday at noon, we will begin to block roads in conservative areas. Your supporters will not be able to go to work or go to the grocery store to feed their families. We are armed and will retaliate to attempts of vehicular homicide. In this tweet, Rahuba admits he voted for Biden, even though he claims he doesn’t “feel good” about it.

Rahuba’s Twitter account is littered with threats of violence and targeted hatred, yet he was allowed to continue to tweet, while conservatives have been removed en masse for tweeting about “Q-Anon,” and almost every tweet of the President of the United States is tagged as “disputed” by Twitter.” 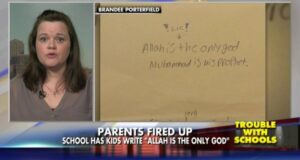 “The radical Left has infected public education like we’ve never seen before, and because of it, students in Tennessee are now being taught that ‘Allah is the only God.’

Parents at a middle school in Spring Hill, Tennessee, just outside of Nashville, are upset that their children have spent three weeks studying Islam and were assigned to write the Shahada profession of the Islamic faith: “Allah is the only god.” Making the situation worse, parents said the teacher skipped over the section on Christianity.” 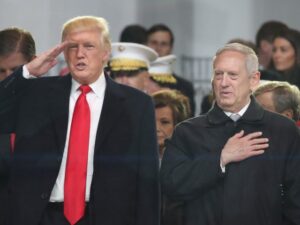 “James Mattis: Joe Biden Must Eliminate ‘America First’ from U.S. Foreign Policy” This man is part of the NWO who wants the USA tied up in foreign organization that want to strip the US of its sovereignty. People like him sold out the American Middle Class, and then built up China as a world power. While China was being built up, they were paid $ billions to get everything it wanted!!! These are real traitors.

“Former Secretary of Defense James Mattis declared in an article in Foreign Affairs on Monday that the “America First” foreign policy had damaged national security, and called on Joe Biden to “eliminate ‘America first’” from U.S. strategy.

Mattis resigned in December 2018, citing policy disagreements with the president, who had just ordered a troop drawdown in Syria. In his resignation letter, Mattis said that the U.S. needed to do more to show “respect” to American allies.” 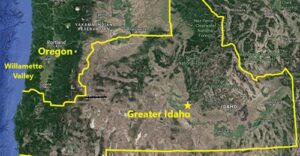 “Rural Oregon counties vote to discuss seceding from state to join ‘Greater Idaho’” It is becoming impossible for real Americans to be governed by these Hard Left population centers. We all need protection from the reprobates which hate God and America.

“A group called Move Oregon’s Border is leading an initiative to have Oregon’s rural counties secede from the rest of the state and join Idaho.

Mike McCarter, 72, a retired plant nursery worker and lifelong Oregonian, has been leading the effort for almost two years. He said he and many others are eager to “get out from underneath the chokehold of Northwestern Oregon.”

“We’ve watched the shift take place in Oregon politics where the primary concern of the Legislature is Northwest Oregon. That’s where 78% of the state’s population is based. They tend to forget that every law that you pass in the state affects us out in the rural economies, too,” McCarter told Fox News.” 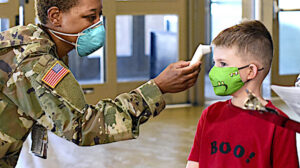 “Major peer-reviewed study finds masks don’t work” There is no study showing how effective the mask is in preventing the spread of the virus.

“The first large, randomized controlled trial of its kind showed no statistically significant difference in COVID-19 cases between people who wore masks and those who did not.

The Danish study published this week in the Annals of Internal Medicine found that a “recommendation to wear a surgical mask when outside the home among others did not reduce, at conventional levels of statistical significance, incident [COVID-19] infection compared with no mask recommendation.”