This is great news to start breaking up the marriage from hell between the SPLC and the FBI and all federal agencies. This was long overdue. It will come out how the far left in the FBI/DOJ were in bed together. This is also needed in the military! This is just wonderful news. 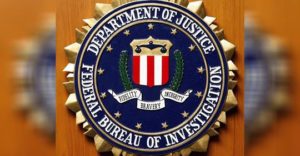 “A Republican lawmaker is demanding some answers from the FBI after he says the bureau admitted to working with the controversial Southern Poverty Law Center.

In a letter obtained by Fox News’ “Tucker Carlson Tonight,” Rep. Matt Gaetz, R-Fla., says the FBI has “admitted to working with the SPLC,” in a development he describes as “surprising and worrisome.” “This is surprising and worrisome, as the SPLC is known to use its platform in order to denigrate and disparage certain groups by labeling them ‘hate groups,’” he said.

He said that groups such as the Christian Family Research Council (FRC) have been labeled a hate group, while members of “Antifa” — a broad collaboration of left-leaning, anti-fascist activists — have not been given such a label. He added that Floyd Corkins, who shot an FRC employee, later said he targeted the group as the SPLC had labeled it an antigay group.” 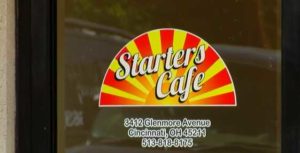 “Ohio Cafe to Continue Sunday Church Bulletin Discount Despite Threat From Atheist Organization”
This is a follow up on the cafe that offered a special discount to church people for Sunday lunch. All they had to done was bring in the church bulletin for the discount.
I am so delighted the owner decided to make a stand on this issue!

“A restaurant in Ohio says that it will continue offering its church bulletin discount on Sundays despite receipt of a complaint from one of the nation’s most conspicuous professing atheist groups.

Starters Cafe, a new eatery in Cheviot, recently began offering a 10 percent discount to any patrons who brought in a church bulletin on Sundays. The promotion was meant to attract those looking for a place to have brunch after church. “This offer is valid for any and all churches, no matter the location or denomination,” a social media post by owner Justin Watson read. “We want to be your Sunday breakfast/brunch destination!”

At first, the offer was successful and without complaint. However, it was soon met with a negative review on Yelp asserting that the promotion was “illegal,” and the Wisconsin-based Freedom From Religion Foundation (FFRF) also wrote to the restaurant to complain, threatening potential legal action.” 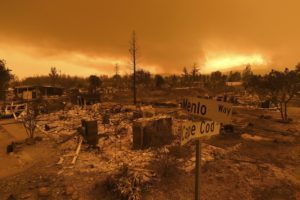 “US government approves aid as California battles raging wildfires” This year is picking up where last year ended with massive fires like were never seen before. The fires are just starting because the season starts in September through October. It really does look like these fires are judgment on this state.

“The US federal government approved aid Saturday for California as thousands of firefighters battled to contain a series of deadly raging wildfires that have killed six people and destroyed hundreds of buildings.

The largest of the fires menacing the state has nearly doubled in size, while another pushed thousands of people to flee and a third forced the partial closure of the popular Yosemite National Park.

In declaring an emergency in California, President Donald Trump “ordered federal assistance to supplement state, tribal and local response efforts due to the emergency conditions resulting from a wildfire beginning on July 23,” the White House said. 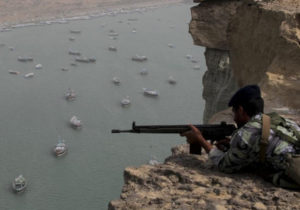 “Report: U.S. considering military options to keep strait of Hormuz open” More talk of war between the USA and Iran. This is another mess left to Trump by Obama.
I hope there is no war because right now Iran’s economy is collapsing, so the nation may come apart without war!

“US Secretary of Defense James N. Mattis said at a July 27 press conference at the Pentagon that ” Iran has threatened to close the Strait of Hormuz,” adding that in the past this lead dozens of nations to “put their naval forces in for exercises,” which lead the Iranians to not follow through on their plan.

Meanwhile, US President Donald Trump is pushing ahead with a bid to create a new security and political alliance with six Gulf Arab states, Egypt and Jordan. This alliance, dubbed “Arab NATO” was suggested by the Saudis last year when Trump visited Saudi Arabia

The administration’s hope is that the effort, tentatively known as the Middle East Strategic Alliance (MESA), might be discussed at a summit provisionally scheduled for Washington on Oct. 12-13, several sources said.

Should the US strike against Iran, Australia and the UK are reported to play a major role in the operation, ABC news reported on July 27.”