Official Lutheran Church is really a Coven of Witches

Revelation 21:8 “But the fearful, and unbelieving, and the abominable, and murderers, and whoremongers, and sorcerers, and idolaters, and all liars, shall have their part in the lake which burneth with fire and brimstone: which is the second death.”

This outbreak of paganism just took place in San Francisco! It is open rebellion against God taking place in the Lutheran “church!” This event just took place prior to the massive earthquakes hitting California.

“Official Lutheran Church is really a Coven of Witches”

“A church holding membership in the Evangelical Lutheran Church in America, the largest Lutheran denomination in the country, worships God almost exclusively as a woman. The church, Ebenezer Lutheran in San Francisco, also participates in rituals to honor ancient goddesses.

Calling their Sunday service “The Liturgy of the Divine Feminine,” the church uses crystals, animal masks, Reiki healing, Kundali Yoga, and goddess idol-making in their liturgies and events. The church uses names like “Womb,” “Kundalini,” “Sophia,” and “Midwife” to worship God, according to their website.

The Evangelical Lutheran Church in America (ELCA) confirmed to the Daily Caller that Ebenezer Lutheran is an official member of their Church.” 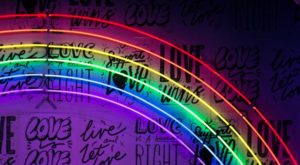 “California Lawmakers Pass Measure Pushing Pastors to Embrace LGBT Ideology” I already posted on this, but this article gives more information. It identifies an apostate pastor who is working with the homosexual legislators against Christians. He actively tries to persuade pastors to deny the Bible and support “sodomy marriage!” He really is a modern day Judas.
This measure by the state is just a warning shot. The iron fist like the Nazis against the Jews is on the way.
We need a revival for survival! Is anyone paying attention to the danger closing in on the real believers?

2 Peter 2:1 But there were false prophets also among the people, even as there shall be false teachers among you, who privily shall bring in damnable heresies, even denying the Lord that bought them, and bring upon themselves swift destruction. (2) And many shall follow their pernicious ways; by reason of whom the way of truth shall be evil spoken of.

“The California State Assembly has passed a resolution telling pastors to affirm homosexuality in violation of their biblical beliefs.

Assemblyman Evan Low and three dozen other lawmakers pushed the resolution in the state Assembly Judiciary Committee that’s aimed at telling religious leaders in California what they should preach from their pulpits.

The measure passed this week, thanks in part to the help of Dr. Kevin Mannoia, Azusa Pacific University chaplain and the former head of the National Association of Evangelicals.

Liberty Counsel says Mannoia “has become a prop for the LGBT agenda by directing pastors and counselors to reject biblical views of sexuality and deny counseling for those struggling with unwanted same-sex attraction or gender confusion.”

According to a press release by Liberty Counsel, “Mannoia recently testified before the judiciary committee in favor of ACR 99 and directed pastors and counselors to affirm LGBT behaviors. In a letter submitted to legislators, Mannoia wrote, “On behalf of some Christian pastors and church leaders, I write to express various levels of support for the Resolution ACR 99 dealing with Conversion Therapy and LGBTQ persons.'”

Collapse of America led by the”Church” 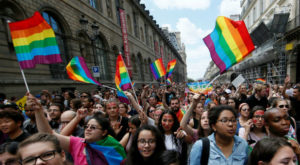 America has collapsed in all areas, and it seems that “homosexual” marriage is leading the way for the meltdown.
What is an “evangelical Christian?” I can tell you it is not one who supports “homosexual” marriage. They are apostates as they are denying the authority of the Bible and God’s holiness. There is nearly zero fear of God in the American church.
America needs massive repentance by whatever is left of the real church and crying out to the Lord for an outpouring of the Holy Spirit. How much longer do you think God is going to allow America to degenerate in Sodom before the judgment?

Romans 1:26,27 For this cause God gave them up unto vile affections: for even their women did change the natural use into that which is against nature: And likewise also the men, leaving the natural use of the woman, burned in their lust one toward another; men with men working that which is unseemly, and receiving in themselves that recompence of their error which was meet. (28) And even as they did not like to retain God in their knowledge, God gave them over to a reprobate mind, to do those things which are not convenient;

“Support for same-sex marriage has risen across all religious groups in recent years, including among white evangelicals and black Protestants. Support for same sex-marriage among white Evangelicals has more than doubled compared with a decade ago (14 percent then, 35 percent now), while the share of black Protestants who favor same-sex marriage has increased from 24 percent in 2007 to 44 percent today.

In particular, the shift in favor of gay marriage among evangelicals has been most noticeable among young people. Today, a staggering 47 percent of all white evangelicals born after 1964 favor gay marriage… 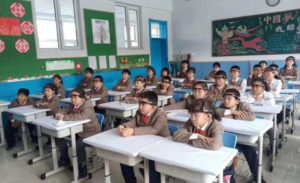 “Pupils at an elite primary school in China wear brainwave-detecting headbands that allow teachers to track concentration levels in real-time”
This like a combination of the 666 System and the Image of the Beast.

“It’s like a scene out of a horror movie… But pure reality! An elite primary school in Hangzhou, China is making its students wear brainwave-reading headbands that can supposedly detect their attention levels in the classroom.

The practice was exposed in a series of photos, showing students at Jiangnan Experimental School wearing black electronic headbands while in class.

The devices are produced by BrainCo Inc., a Harvard University-backed startup based in Boston. According to sponsored content, the high-tech company is dedicated to developing Brain Machine Interface technology with a focus on big data and brain science.” 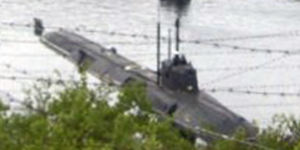 ” The Russian navy submarine that Russian media outlets have identified as the one that caught fire during a mission on Monday, killing 14 sailors on board, may have been designed to cut undersea internet cables.

The vessel caught fire near the naval base of Severomorsk on Monday, and the sailors died of smoke inhalation, Russia’s defense ministry said in a statement.”

“Report: Iran already entrenched in Syria, ready to confront Israel” Iran, Syria and their allies are building their doom. God is going to make his mighty power known through Israel. Entire Muslim nations are going to disappear as a result of this war!

Iran has trained and continues to finance powerful militias comprised of thousands of Iranian-trained guerrillas on Syrian soil, according to the Times’ report. The Shiite juggernaut is also equipping said militants with advanced technologies, including drones, used both to collect intelligence and, possibly, to carry out aerial attacks.

Iran is also said to be preparing infrastructure for the construction of underground weapons depots. Israeli officials, as well as enemy states, believe that a new confrontation between Israel and Iran, or one of its allies, will undoubtedly involve this so-called “axis of resistance.”

Hard Left and Destruction of West 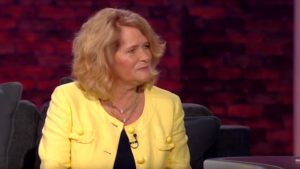 “‘I am Just Standing Up for What I Believe is Right’: Teacher Loses Job After Praising Western Civilization” America as we knew it is being overthrown before our eyes. The reprobate mind just hates America, but what are they going to replace the culture with? They have no idea, just to destroy America.
I think they are heading towards a French Revolution overthrow with great violence and bloodshed. The more we resist them and make them face reality: the more enraged they become with hatred and anger. These people can’t sustain this hatred: something has to give either they break down or turn to outright violence.

“A math teacher says she lost her job at a private K-12 school in Southern California after praising Western Civilization. Her comments were made outside of the classroom at a conference, and not in front of her students.

The College Fix reports Dr. Karen Siegemund, president of the Los Angeles-based conservative American Freedom Alliance, gave a speech in May at the group’s “Long March Through the Institutions” conference which examined “the Left’s ongoing multi-decade takeover attempt of numerous public and private institutions to effect a radical transformation of America.”

While addressing the conference, she said “each of us here believes in the unparalleled force for good that is Western Civilization, that is our heritage, whether we were born here or not.”

The day after the conference ended, Siegemund said she was told her teaching contract at Le Lycée Français de Los Angeles, the same school she had attended as a child, would not be extended, according to The Fix. Among the reasons the school gave for her termination was that she had praised Western Civilization at the AFA event. “ 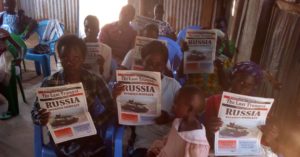 Greetings pastors Dave and John, praise the living name of the High God of Glory’
Thank you so much for the Blessed work work of the lord that you are doing, we are blessed so much by the teachings ,and we are reaching and encouraging many to come to Jesus through your teachings. 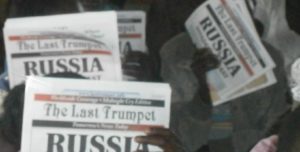 i just want to inform you that the teachings are very transforming and i believe that the many will be lead by the spirit of God and lead will be benefiting and equipped spiritual if they can have such good teachings for them selves and for their families ,it will be a transforming season to all that will need Jesus and need Him Indeed,

I read to your the teachings always for myself as well have gained a great move in my spirit as i serve my fellow believer and non believers and lead them to Jesus, the Lord as enabled me to reach many in the church and community with the message as well and it has transformed their lives, evangelism and soul wining too is at work,we are reaching life testimony of what the lord is doing with the material here in my region,

please thank and thanks again for being a a blessing to the lives of many souls ,thank s to you for the faithful work of the kingdom
If possible sent more materials as we continue with evangelism to reach others. the picture are here by too attached for the part of the work being done and for your record as you mentioned
In Christ Service
Pastor D S