Ephesians 5:11 And have no fellowship with the unfruitful works of darkness, but rather reprove them. For it is a shame even to speak of those things which are done of them in secret.

I’ve posted several articles about World War 3. The rhetoric continues for war and especially from China. Russia continues its massive military buildup which is all pointed at Europe. Will China or Russia move before Obama leaves office? His weakness is a temptation for them to act.

Zechariah 14:9 And the LORD shall be king over all the earth: in that day shall there be one LORD, and his name one. 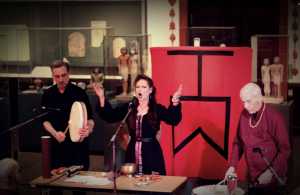 Satanist Leads Invocation at Alaska Assembly Meeting 08/12/16  Once the nation has denied the Lord, this is what happens. I do believe that the end time religion will not be Islam but a form of satanic paganism.

Exodus 23:13  And in all things that I have said unto you be circumspect: and make no mention of the name of other gods, neither let it be heard out of thy mouth.

“A debate over religious freedom has led to a Satanist leading an invocation at one Alaska borough’s assembly meeting.
Following a discussion over whether to do away with invocations entirely, the Kenai Peninsula Borough Assembly decided to open invocations up to all religions.
According to Assembly President Blaine Gilman, a group of pastors used to previously lead the assembly’s invocation. Under the new rules, however, anyone can choose to lead an invocation in the name of his or her religion.
During Tuesday’s assembly meeting, Iris Fontana led an invocation in the name of Satan on behalf of the Satanic Temple.” 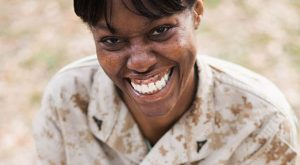 Marine Lance Cpl. Monifa Sterling was court-martialed for posting a Bible verse in her work station

Judge Plays God to Ban ‘Unimportant’ Bible Verse 08/12/16  In a court conflict between the Hard Left and Christianity, the Hard Left always seems to win. The law and First Amendment mean nothing to the reprobate mind. What is important is to crush anything to do with the Lord.

“This is a real-life example of why judges shouldn’t play theologians,” said Daniel Blomberg, legal counsel of the Becket Fund, which filed a friend-of-the-court brief supporting the Lance Corporal. “Here, a few judges concluded that keeping Scripture nearby isn’t ‘important,’ even though more than half of the world’s population belong to religions that teach the exact opposite. Avoiding obvious errors like this is why RFRA protects all religious beliefs, not just beliefs that government officials deem ‘important.'” 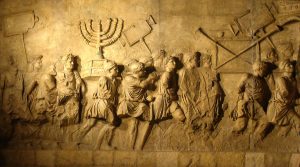 Ancient Jewish Jerusalem is a fact 08/13/16  This is important information because the Muslims insist that the Jews never built a temple in Jerusalem. This is all part of their claim that Jerusalem belongs to the Muslims.

Luke 21:24  And they shall fall by the edge of the sword, and shall be led away captive into all nations: and Jerusalem shall be trodden down of the Gentiles, until the times of the Gentiles be fulfilled.

“Jerusalem has been the focus of Jewish life for thousands of years, and will remain central to us even if an international organization votes in favor of distorting reality. The facts are simple, but facing attempts to rewrite history we must restate them: our ties to the Temple Mount were recorded by the Romans after they pillaged Jerusalem, centuries before Islam existed.
Not long ago, I visited the Arch of Titus in Rome’s pantheon. While surrounded by other structures, for us Jews this monument has a special significance. It was constructed by the Romans to celebrate their achievements, including the suppression of the Revolt in Judea, and displays the famous image of Jews forcefully marched to exile – an event we remember and mourn 2,000 years later.” 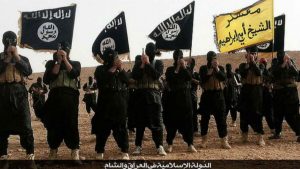 HOW HILLARY & OBAMA BROUGHT US ISIS 08/12/16  Obama and Hillary enable evil at every opportunity. They are 100 percent behind the abortion agenda and the Muslim Brotherhood.

He has done everything through his policies to allow ISIS come into power. The both are either totally incompetent or diabolical.

“What we do know for sure is that there was no serious threat posed by any organized ISIS fighting force when Obama took office in 2009. It was President Obama’s decision to withdraw all U.S. troops from Iraq in 2011, rather than follow the military’s advice to leave a residual force behind, which turned the smoldering embers of the once defeated al Qaeda-backed insurgency into the raging out-of-control conflagration that the newly constituted ISIS, under al Baghdadi’s leadership, created in the entire region.
In that sense, ISIS became a newly spun off start-up under Obama’s watch, which launched successfully and expanded because of the power vacuum that Obama’s misguided policies created.
Just as entrenched dominant companies have often ignored upstart challengers until it was too late, Obama indulged in the idea that ISIS’s expansion posed no serious threat. In early 2014, as ISIS was racking up military victories, Obama said, “If a JV team puts on Lakers uniforms that doesn’t make them Kobe Bryant.”
Hillary Clinton was no longer Secretary of State in 2014. But looking back at Obama’s JV comment in November 2015 as she campaigned for the Democratic presidential nomination, she rejected any suggestion that Obama’s trivialization of the ISIS threat was ill-advised, “from the perspective of what they had accomplished at the time.” 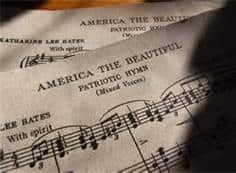 At the end is the preamble to each Constitution from the 50 states. I thought that you might like seeing yours.

“From Sea to Shining Sea,” did the founders of America’s fifty states intend to separate God and State?
A study of the past Constitutions of all 50 States reveal that a some time in their history, each State did acknowledge God:
For example:Alabama 1901, Preamble. We the people of the State of Alabama … invoking the favor and guidance of Almighty God, do ordain and establish the following Constitution …” 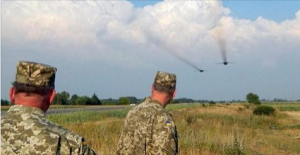 Russia announces war games after accusing Ukraine of terrorist plot 08/12/16  Now Putin is threatening the Ukraine with war games! Who knows what event will trigger WW3.

“Vladimir Putin summoned his security council and the Russian Navy announced war games in the Black Sea a day after the Russian president accused Ukraine of trying to provoke a conflict over Crimea, which Moscow seized and annexed in 2014.
The belligerent posture heightened worries in Ukraine that Russia may plan to ramp up fighting in a war between Kiev and pro-Russian eastern separatists that had been de-escalated by a shaky peace process.
Using some of his most aggressive rhetoric against Kiev since the height of the war two years ago, Putin has pledged to take counter-measures against Ukraine, which he accused of sending saboteurs into Crimea to carry out terrorist acts.” 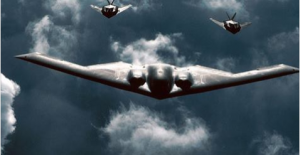 US Nuclear-Bomber Triad in Pacific for First Time as China Reaches Boiling Point 08/13/16  As the Chinese war rhetoric increases and tensions grow, the US has sent heavy bombers to the Pacific region, which is a direct sign to China that the US is preparing for war.

The problem is that Obama is President, and I don’t believe this puts much fear in the heart of the Chinese.

“With tensions in the South China Sea and throughout the Pacific Rim at increasing levels, the Obama Administration adds fuel to the fire by dispatching enough nuclear weaponry to kill everyone in the region.
The United States has dispatched its three strategic bomber types to the Pacific region for the first time, in a bid to reassure allies amid growing aggression from China in the wake of the Hague-based Court of Arbitration ruling against Beijing’s claim to territories in the South China Sea, and the deployment of the THAAD anti-missile system.
Announced Wednesday, the US Air Force will dispatch a Boeing B-52H Stratofortress, a Rockwell B-1B Lancer, and a Northrup Grumman B-2A Spirit bomber to operate concurrently in the US Pacific Command region in support of the Continuous Bomber Presence (CBP) and Bomber Assurance and Deterrence (BAAD) missions.” 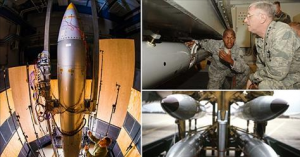 The most dangerous nuclear bomb ever? US finishes testing ‘smart’ precision-guided nuke that experts says is so accurate presidents will be tempted to use it  08/14/16  This article gives good background information about the US nuclear program. I do believe that nukes will be used in the coming WW3. 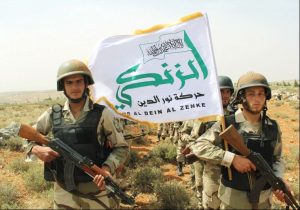 War of attrition: The Syrian rebellion grinds on into its 6th year, with no end in sight 08/13/16  Syria has no hope now; all that’s coming is its final destruction in war with Israel.

At one time every Muslim terrorist group was headquartered in Damascus. Their goal was to destroy Israel. Now what they tried to do to Israel is happening to Syria. This nation has become hell on earth.

“It is now five years since the outbreak of the Syrian armed rebellion against the regime of Bashar Assad, and up to 400,000 people have been killed in the civil war that has ravaged and destroyed the country. In addition, 13.5 million people have lost their homes and of those, around 6.6 million have left the country.
Yet an end to the war seems nowhere near, as a half-decade on, the revolt finds itself at an impasse. Any hopes for a democratic transformation of the country are long gone.”