Saudi Daily: Iran Has Replaced Israel as the Gulf States’ No. 1 Enemy

I posted some real good articles to keep you up to date on events. The one that stands out is the hatred in the Sunni Muslim world for Iran is so great that Iran now has surpassed Israel as the number one enemy! 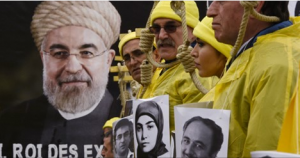 Saudi Daily: Iran Has Replaced Israel as the Gulf States’ No. 1 Enemy 03/13/16  The war rhetoric is getting hotter in the Middle East. The Muslim civil war between Sunni – Shiite Islam can’t be far off. Remember, the winner of this war will form a caliphate and attempt to destroy Israel, kill all of the Jews and make Jerusalem its capital. This, then, will end Islam as we know it because the Lord will destroy it.

“The Saudi daily Al-Jazirah published an article Tuesday saying that Iran has replaced Israel as the number one enemy of the Gulf states, and anyone who disagrees is a traitor.

The article, authored by Saudi journalist Muhammad Aal Al-Sheikh and translated by The Middle East Media Research Institute, or MEMRI, argues that Iran is exploiting the Palestinian issue as a pretext for “infiltrating deep into the Arab world, shredding its Arab fabric, and dragging Arab society into supporting its expansionary plan.”

The Persian enemy is Enemy No. 1, and the Zionist enemy is [only] Enemy No. 2. We must present this truth directly, flattering no one, to all those [who try] to extort us with the tale that Israel is the Arabs’ Enemy No. 1 and that Iran supports us on the Palestinian issue.” 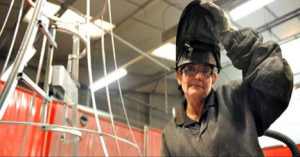 National Review: White Working Class Communities ‘Morally Indefensible… They Deserve to Die’ 03/13/16  I post articles like this because to us, these people are insane, but the reprobate mind believes things like this. This may be one reason that both the Republican and Democrat establishments sold out the American workers.

These are vicious evil people that will try and destroy us if they get a chance. They live in a reprobate minded delusion, which makes them extremely dangerous because they try and act on their delusions. This delusion comes from a person who writes for a “conservative” news site! God is really exposing the hearts of the reprobates in America. He was “smoked” out as living in a delusion.

“National Review’s Kevin Williamson believes Donald Trump’s appeals to the white working class are “immoral” because that demographic’s way of life deserves to die out.

In a featured article for the prestigious conservative journal entitled “The FatherFuhrer,” Williamson seeks to rebut criticism that he and other conservatives don’t articulate any policies that would appeal to Trump’s blue collar supporters.

Williamson, a long-time critic of The Donald, essentially agrees that he doesn’t support any policies or rhetoric directly tailored to the working-class — particularly about jobs being taken by outsourcing and immigration — because it would be wrong to do so.

“It is immoral because it perpetuates a lie: that the white working class that finds itself attracted to Trump has been victimized by outside forces,” the NR roving correspondent writes. “[N]obody did this to them. They failed themselves.”

He then goes on to make the conclusion that it’s great these communities are dying out because they have a warped morality and are a dead weight on the economy.” 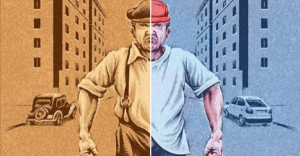 Troubling warnings for the US from the 1930s 03/14/16  This article is loaded with great insight into the current political/economic situation and how it ties into the 1930s and pre-WW2. I learned a great deal from it.

“The final echo from the 1930s is in the declining global order. In a widely cited interview with the Atlantic last week, Mr Obama complained about “free riders” among America’s allies, including David Cameron’s Britain. He also expressed disdain for the US establishment’s obsession with “credibility” as the measure of American power, and force as their perennial solution.

Mr Obama’s words have elicited outrage in both London and Washington. Yet he gave a good summary of US public opinion. Indeed, what Mr Obama said is not wildly different from what Mr Trump has been arguing. Americans are tired of paying for Pax Americana.

Unlike Britain in the 1930s, the US can still bear the burden. But it does not want to.

Neville Chamberlain, the proponent of Nazi appeasement, said Czechoslovakia was not worth the bones of a single British grenadier. Mr Obama believes much the same about the people of Syria. He expressed no concern about Syria’s impact on Europe. The flood of refugees is Europe’s problem. Ukraine is in Russia’s neighbourhood. The Middle East must fend for itself. Such were the valedictory thoughts of a world-weary president. They were not a million miles from Mr Trump’s.” 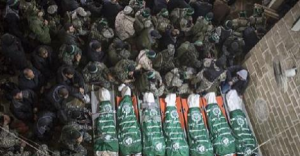 Underground Iron Dome’ Locates, Collapses Hamas Tunnels — But How? 03/15/06  This is a very interesting article showing the “cat and mouse game” going on between Israel and Hamas regarding the tunnels. Israel has developed the technology to locate the tunnels and then destroy them.

“Arab news channel al Jazeera this week aired a story about the Israeli system it dubbed “underground Iron dome” which utilizes new technology to bring about the string of Gaza tunnel collapses of the past few months. But other than to apply the clever name to it, and to suggest it utilizes “advanced technology,” the report only said that the project is being developed by Elbit, Rafael and the US Government to the tune of $40 million, which is expected to grow to $120 million over the next two years.

Yardena Schwartz, writing last week for Foreign Policy, used the headline “Israel Is Building a Secret Tunnel-Destroying Weapon,” and reported that “As Hamas expands its tunnel network in Gaza, Israel, and the United States are collaborating on a clandestine project to thwart the Islamist group’s subterranean advantage.” 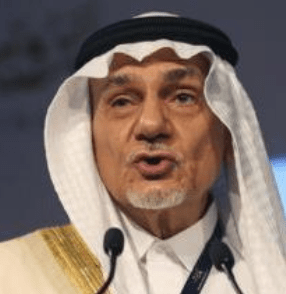 Top Saudi Prince to Obama: ‘You Throw Us a Curved Ball,’ Tell Us to ‘Share Our World’ With Terror-Sponsor Iran 03/14/16  This is a great article showing the delusional mind of Obama. When I say he lives in a delusion, I literally mean it. His mind is so twisted with sin, that he lives in a total delusion, a very dangerous delusion. The Saudis have picked up on this delusion.

“A senior Saudi prince has responded sharply to reported questioning by President Obama about the kingdom’s value as an ally, and in a scathing attack derided the administration’s policies from supporting the Muslim Brotherhood government in Egypt to engaging Iran.

Turki al-Faisal, who served as Saudi Arabia’s intelligence chief from 1977-2001, and as ambassador to the United States from 2005-2006, pulled few punches in an open letter in Arab News Monday, accusing Obama among other things of breaking a pledge to Riyadh to counter Iran’s destabilizing activities in the region.

Turki was evidently reacting to a lengthy article by Jeffrey Goldberg in The Atlantic on “The Obama Doctrine,” which among other things highlighted Obama’s lukewarm opinion about Saudi Arabia.

“He is clearly irritated that foreign-policy orthodoxy compels him to treat Saudi Arabia as an ally,” Goldberg wrote of the president.

On the regional arch-rivalry between Sunni Saudi Arabia and Shi’ite Iran, Obama said although he has never felt the U.S. should throw the Saudis “overboard in favor of Iran,” he also believes the Saudis need to “share” the region with the Iranians.” 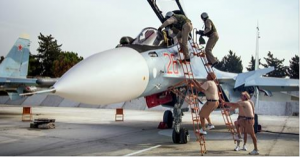 Putin Orders Start of Syria Withdrawal, Saying Goals Are Achieved 03/15/16  I have no idea what is going on with Putin, and no one else does either. Maybe it is just a bluff and he is not going to withdraw? Maybe it is ploy for Europe to reduce the sanctions against Russia, or that the Russian economy could not support a prolonged war effort.

“President Vladimir V. Putin of Russia on Monday ordered the withdrawal of the “main part” of Russian forces in Syria, a surprise move that reflected what he called the Kremlin’s achievement of nearly all its objectives in the war-torn country.


The news upended expectations in Western capitals and among ordinary Syrians, setting off fevered speculation about Russia’s intentions, much as Mr. Putin’s unexpected military plunge into the Syrian battlefield five months ago changed the course of the war.


Perhaps the most urgent questions were how the move would affect the war’s outcome and what it meant for President Bashar al-Assad of Syria, whose rule had been increasingly threatened by a string of military losses before Russian forces backed him up.


The Russian decision could signal a new confidence in Mr. Assad’s stability or an effort to pressure him to negotiate with his political adversaries — or both.


Mr. Putin has made his move at a particularly critical moment, as the upheaval in Syria enters its sixth year and a United Nations mediator in Geneva tries to revive peace talks to stop the war, which has displaced millions and created a humanitarian catastrophe.


A Russian military pullback will not leave Mr. Assad’s forces completely alone, because he also has support from Iran and from Hezbollah in Lebanon. And the Kremlin made clear it was keeping its new air base in the coastal Mediterranean province of Latakia, in addition to the naval refueling station it has kept nearby in Tartus since Soviet times.” 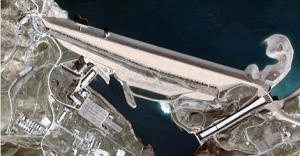 Iraq’s coming apocalypse 03/15/16  I knew nothing about the Mosul Dam until I read this article. It is like a time-bomb waiting to going off. When it does break, millions are going to be affected in Iraq.

Iraq is now a real “hellhole” of a nation. Remember hatred for Israel is in the Iraqi constitution.

“What was then called the Saddam Dam opened in 1984 and within two years needed constant grouting, that is, day and night infusions of microfine cement, lots of it — 200 million pounds over the decades — to keep it from collapsing. The grouting keeps the foundational problem from worsening but does not solve it.

The years went by; fortunately, there was no disaster on the American watch. Then, during a fateful 10-day period, Aug. 7-17, 2014, the Islamic State (ISIS) seized control of the dam. While the group neither sabotaged nor blew up the structure, grouting stopped for six weeks and the whole repair regime — especially the skilled workers and the supply of cement — henceforth became less consistent.

As a result, the dam has steadily weakened over the past 19 months, to the point that experts worry that a surge of spring waters will overwhelm it and cause its collapse. That the dam’s two emergency floodgates are broken and cannot be opened to relieve intense pressure renders the situation the more fraught.

The consequences of a collapse are terrifying: A wall of water 45-70 feet high would reach Mosul, a city of about 1 million inhabitants, in about four hours. Then the flood wave would roll down the Tigris River valley to other cities, including the capital Baghdad, before dispersing in a wide flood. A huge number of immediate casualties would be followed by drought, disease, lack of electricity, chaos, and crime, ensuring biblical-level miseries and fatalities.”

John 5:28  Marvel not at this: for the hour is coming, in the which all that are in the graves shall hear his voice,