Genesis 18:20 And the LORD said, Because the cry of Sodom and Gomorrah is great, and because their sin is very grievous;

I’m seeing a pattern develop between a worldwide pandemic of sickness and death with abortion. This connection is very clear here in America and with the United Nations. God might be moving in judgment because sin has reached heaven like it did with Sodom. 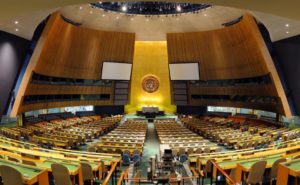 “Abortion is “essential” in the UN’s just-released funding response to the COVID-19 pandemic. UN Secretary-General Antonio Guterres’ appeal for $2 billion to help developing countries deal with the novel coronavirus published two weeks ago repeatedly highlights “sexual and reproductive health and rights” as a priority area of food security and health policy.

Contradicting U.S. state governors who want to concentrate all medical personnel on the coronavirus emergency, World Health Organization officials and staff are promoting abortion as an “essential service.” 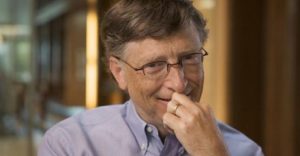 “Bill Gates Crosses The Digital Rubicon, Says “Mass Gatherings” May Not Return Without Global Vaccine” I think Gates is starting to close on Soros as the most dangers and evil person on earth. Like Soros, he uses his wealth to promote whatever is evil and against God.

“A recurring theme among conspiracy theorists is that the elite are just waiting for the right moment to roll out their ‘mark of the beast’ technology to remotely identify and control every single human being on the planet, thus sealing their plans for a one world government. And with many people willing to do just about anything to get back to some sense of normalcy, those fears appear more justified with each passing day.

Was John of Patmos history’s first conspiracy theorist, or are we merely indulging ourselves today with a case of self-fulfilling prophecy? Whatever the case may be, many people would probably have serious reservations about being branded with an ID code even if it had never been mentioned in Holy Scripture. But that certainly has not stopped Microsoft founder Bill Gates, who has been warning about a global pandemic for years, from pushing such controversial technologies on all of us.” 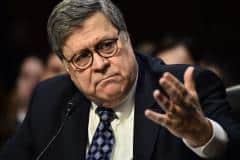 “AG William Barr: Any Time Government Encroaches on Religious Liberty, ‘I’m Very, Very Concerned’” This an excellent article and please time to read it.
Because of the extraordinary promotion of this Wuhan Virus, We the People gave the government unusual power over us. It is becoming very clear the virus was a bio weapon from China, while there is a fast acting CURE for it, that these powers over us are not needed; however, they continue to impose these limitation of our rights.
We the People can never let this happen again, and in fact, this interference of our rights should stop right now! There is a cure which the President is trying to promote, but this corrupt system is fighting as forceful as it can!

“”I think religious liberty is the first liberty,” Barr told Fox News’s Laura Ingraham: It is the foundation of our republic and a free society depends upon a vibrant religious life among the people. So anytime that’s encroached upon by the government, I’m very, very concerned.

As a technical matter, as you know, in facing an emergency, the government can put whatever restrictions the government is willing to put on everybody else, like athletic events or concerts and so forth. They can technically do it to religion as well — as long as they’re not singling out religion, as long as it’s really necessary,

So I would hate to see restrictions on religion continue longer than they are strictly necessary. And also I think we — when this 30-day period ends, I think we have to consider alternative ways of protecting people.”

THE IMAGE OF THE BEAST

“Intel’s new neuron-based computer matches brain of a small mammal” This is a huge step in creating an AI computer which can think like a human. This fits exactly like how the Image of the Beast will function! I think it is going to be a cyborg.

“As impressive as computers are becoming, they still pale in comparison to nature’s version – the brain. As such scientists have started designing computer chips that work in a similar way to the brain, using artificial neurons and synapses. Now Intel has unveiled its most powerful “neuromorphic” computing system to date. Named Pohoiki Springs, this system packs in 100 million neurons, putting it on par with the brain of a small mammal.

And that’s the type of computing system that Intel is now experimenting with. The Loihi neuromorphic processor packs 130,000 artificial neurons and 130 million synapses, and functions like a human brain. Traditional computers process information in one area then pass it on to another for storage. But the Loihi – like the brain – performs both functions in the same spot, saving time and energy. Plus, the chip rewires its connections over time, boosting that efficiency further.”

“The first documentary movie on CCP virus, Tracking Down the Origin of the Wuhan Coronavirus” I knew in my gut that the virus was manmade and a bio-weapon. After watching this video, you will have NO doubt this virus was a manmade bio-weapon which can be even a greater danger than we see what is happening right now. 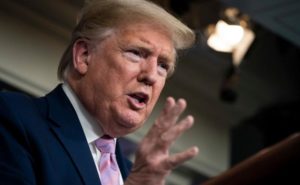 “UN demands Trump adopt international ‘right to life’ definition that includes abortion”
Wow, President Trump is standing up to the UN and protecting America from horrible decree that abortion is an international human right. The UN with its promotion of the Special Sin, abortion and condemning Israel is right out of hell.
I am very grateful to President Trump for standing against hell in the form of the UN!

“In their latest attempt to get around the U.S. democratic process, abortion groups asked an international human rights panel to protect their interests against U.S. pro-life laws and policies.

Urged by domestic and international abortion groups, the UN Human Rights Committee questioned the Trump administration about U.S. pro-life laws and policies in a March 2019 review of the nation’s human rights record. The UN committee suggested that state laws to regulate abortion violate international human rights law, including conscience protections for medical providers that are currently the law in up to 45 U.S. states.”

THE EUROPEAN UNION COMING TO AND END? 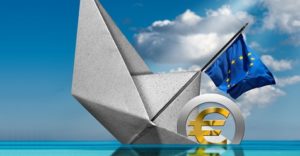 “Coronavirus: The Looming Collapse of Europe’s Single Currency” Satan has a plan going for a New World Order or One World Government since at least WW2. The election of President Trump really stopped the plan and now the Coronavirus may break up the heart of the NWO; the European Union.
God is going to bring about the end times his way and not the devil’s way.

“An almighty economic earthquake is in the making. In a few weeks or months, several large European economies will require bailout and assistance packages. These will be several times larger than anything Europe has seen. Yet no country, central bank or institution will be eager or even able to provide them. Even the gargantuan sums on the table now will not be enough.”

My son is a professor at Penn State. He made video-parody about teaching at home. It went viral and caught the attention of Penn State who published it in the school media. I think you’ll enjoy it.