Acts 5:28 Saying, Did not we straitly command you that ye should not teach in this name? and, behold, ye have filled Jerusalem with your doctrine, and intend to bring this man’s blood upon us.

This is a shot across the bow! The reprobates now are asking “nicely” to stop preaching against homosexuality as sin! This is just the start and watch them quickly escalate into force. In California, there will be no right to freedom of speech and religious rights. It will be hate speech and against the law.
I have mentioned this before. Real Christians will be forced to flee this state or be treated the like the Jews in Nazi Germany. If there is no revival for survival, California will be hostile to anything connected to the Bible and real Christianity.

Act 5:29 Then Peter and the other apostles answered and said, We ought to obey God rather than men. 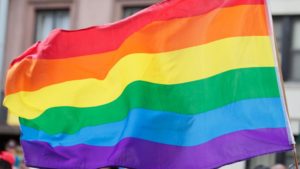 “CA Lawmakers Trying to Force Pastors to Embrace Pro-LGBT Ideology”
This is a shot across the bow! The reprobates now are asking “nicely” to stop preaching against homosexuality as sin! This is just the start and watch them quickly escalate into force. In California, there will be no right to freedom of speech and religious rights. It will be hate speech and against the law.
I have mentioned this before. Real Christians will be forced to flee this state or be treated the like the Jews in Nazi Germany. If there is no revival for survival, California will be hostile to anything connected to the Bible and real Christianity.

“California Assemblyman Evan Low and three dozen other lawmakers are pushing a resolution in the state Assembly Judiciary Committee that’s aimed at telling religious leaders in California what they should preach from their pulpits.

The California Family Council reports that Assembly Concurrent Resolution 99 (ACR 99) calls on “counselors, pastors, religious workers, educators” and institutions with “great moral influence” to stop perpetuating the idea that something is wrong with LGBT identities or sexual behavior. ACR 99 also condemns attempts to change unwanted same-sex attraction or gender confusion as “unethical,” “harmful,” and leading to high rates of suicide.” 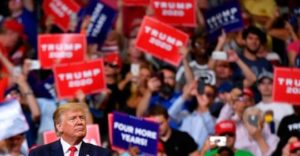 “Donald Trump: Democrats Afflicted by ‘Ideological Sickness’” The President’s rally was really good. He is saying things that no other politicians would dare say. He really nailed it when describing how the reprobate mind of the dems is trying to destroy America. It is so refreshing to hear truth like this.

“Democrats are afflicted by an “ideological sickness,” and wish to “splinter us into factions and tribes,” President Donald Trump announced Tuesday night as he launched his 2020 campaign.

Trump’s sharp criticism of the Democrats’ fervor for diversity, foreigners, and various subgroups of American society was repeated throughout the speech, alongside his repeated promise to help Americans earn good wages, stay healthy and secure.

The campaign is a political movement of “hard-working patriots who love their country …. and who believe that a nation must care for its own citizens first,” he said.

Americans have a duty to protect each other, he argued, saying: Virtually every top Democrat also now supports taxpayer-funded abortion right up to the moment of birth, ripping babies straight from the mother’s womb. Leading Democrats have even opposed measures to prevent the execution of children after birth – you saw that in Virginia. Republicans believe that every life is a sacred gift from God.” 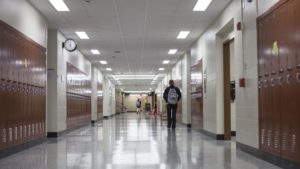 “Keep Your Beliefs at Home: Student Booted from Class for Saying There Are 2 Genders” From their accents, I think this is taking place in Great Britain. What an exchange between a student who will not back down from only two genders and a teacher that is so angry at him! This shows where this is heading with the reprobates trying to silence anyone who stands up to their delusions.

Genesis 5:1,2 This is the book of the generations of Adam. In the day that God created man, in the likeness of God made he him; Male and female created he them…

“You aren’t being inclusive,” the teacher said on the video. “I know what the authority thinks and point of view. It’s very clear that we make no discrimination on the grounds. I’m sorry what you choose to make an issue about a point that is contrary to policy,” he added.” 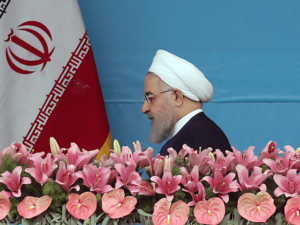 “Iran Admits Recession After U.S. Sanctions Worse than Expected” The sanctions are starting to really hit Iran hard. Iran can only let the recession go for so long until there is social unrest and the nation is unable to engage in war. I believe that Iran will go to war rather than submit to President Trump. 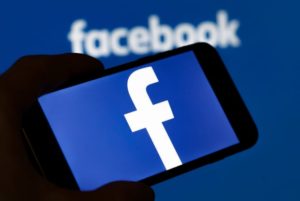 “Facebook accused of conducting mass surveillance through its apps” It really does look like social media is going to play a huge part in God’s end time prophetic plan to bring in a system that will give the anti christ full control over the people.
Wow did this come fast. What will five years bring towards this total control!

“Facebook used its apps to gather information about users and their friends, including some who had not signed up to the social network, reading their text messages, tracking their locations and accessing photos on their phones, a court case in California alleges.

The claims of what would amount to mass surveillance are part of a lawsuit brought against the company by the former startup Six4Three, listed in legal documents filed at the superior court in San Mateo as part of a court case that has been ongoing for more than two years.” 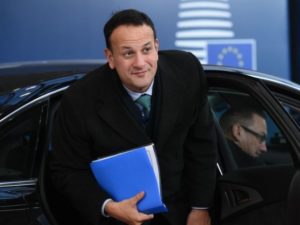 ‘‘Climate Emergency’: Ireland Set to Ban Private Cars While Planning Mass Third World Migration” Wow, wow, wow! This is a Hard Left, new world order, total takeover of a nation, Ireland! Please read this article, and you will be astonished at the plans they have for Ireland! They want to destroy Ireland as we know it and bring in massive amounts of immigrants, on top of controlling where people can live, etc! They actually are in the process of destroying Ireland as we know it.
The Irish people in large number hate Israel and the Jewish people. I was shocked to find this out. It has become a Hard Left nation promoting abortion and the homosexual agenda. Right now, God is going to make an example of Ireland by turning it into a Hard Left hell-on-earth. What we see happening in Ireland is exactly what they want to do to every nation, including America.
They are out in open and moving at full speed to fulfill their agenda of taking over the world. We know their plans and goals, and also we know how it ends at the Second Coming of Jesus Christ. Wow, wow, wow!!!

This is what we look for:
Revelation 21:10,11 And he carried me away in the spirit to a great and high mountain, and shewed me that great city, the holy Jerusalem, descending out of heaven from God, Having the glory of God: and her light was like unto a stone most precious, even like a jasper stone, clear as crystal;

“Drivers will be forced off the roads in Ireland and the population packed into “higher density” cities under a long-awaited climate plan which will ‘revolutionise’ people’s lifestyle and behaviours, according to local media.

“Nudge” policies such as huge tax hikes, as well as bans and red tape outlined in the plan, will pave the way to a “vibrant” Ireland of zero carbon emissions by 2050 according to the government, which last year committed to boost the country’s 4.7 million-strong population by a further million with mass migration.

In order to avert a “climate apocalypse”, the government plans to force people “out of private cars because they are the biggest offenders for emissions”, according to transport minister Shane Ross whose proposals — which include banning fossil fuel vehicles from towns and cities nationwide — are posed to cripple ordinary motorists, local media reports.”

War Building Between the USA and Iran 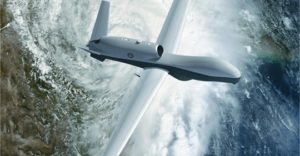 “US Navy drone shot down by Iranian missile over Strait of Hormuz” Iran is not backing down and right now is in the face of President Trump. However this ends, it is not good for Iran. God is not letting Iran obtain nuclear weapons to use against Israel. The President was raised up to defend Israel, so Iran is in big trouble if it goes to war with the USA.

“U.S. military officials returned fire — verbally — hours after Iran blasted a Navy high-altitude drone out of the sky over the Strait of Hormuz, with U.S. Central Command leaders on Thursday slamming the “unprovoked” strike and Tehran’s subsequent “false” justifications for it. President Trump said on Twitter that Iran “made a very big mistake!” 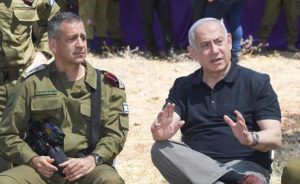 “Netanyahu: The IDF Has Very Great Destructive Power, Don’t Test Us”
Zechariah 12:6 In that day will I make the governors of Judah like an hearth of fire among the wood, and like a torch of fire in a sheaf; and they shall devour all the people round about, on the right hand and on the left: and Jerusalem shall be inhabited again in her own place, even in Jerusalem.

““I am concluding a major, multi-corps IDF exercise in several areas. I am very impressed by the improvement in readiness, by the fighting spirit of the soldiers and commanders, and mainly by the destructive power of the IDF.

“I hear our neighbors from the north, south and east threatening our destruction. I say to our enemies: The IDF has very great destructive power. Don’t test us.”

Preaching the Gospel in Kenenya ,Kenya. During this event, hundreds of Muslims came to Jesus Christ as their Lord and Savior. There was a huge crowd outside listening to me preaching. Many, many hearts were healed along with bodies! This is a great time in Lord! 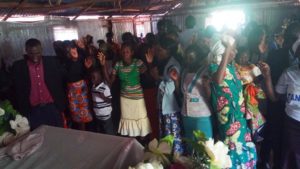 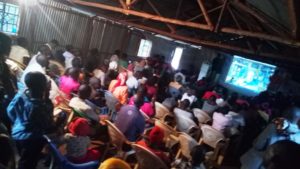 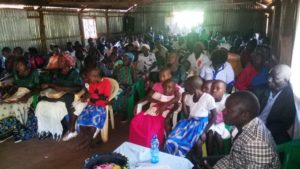