Warning America: ‘Do Not Be a Bystander to History’; ‘Fate of Future and Country’ ‘in Your Hands

Psalm 33:12  Blessed is the nation whose God is the LORD; and the people whom he hath chosen for his own inheritance.

This is a very exhorting article and really lifted me after reading. Now is the chance to stand against the demon-dems, deep state, DC swamp. The clarion call is going out across America. Please run to the battle.
They must be defeat politically along the Lord sending a spiritual revival for survival. There is no other way. Without prayer and revival, America could fall very fast. The forces to destroy America are one election a way.


Proverbs 1:23 Turn you at my reproof: behold, I will pour out my spirit unto you, I will make known my words unto you.

Standing up to the Deep State 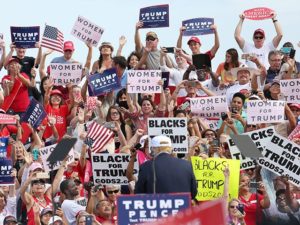 “Warning to America: ‘Do Not Be a Bystander to History’; the ‘Fate of the Future of the Country’ Is ‘in Your Hands’”

“Stephen Miller, a senior adviser to President Donald Trump, told Breitbart News Sunday on Sunday evening that if the American people get involved, they can make a massive difference in the fight to stand alongside President Trump amid leftist Democrat and deep state efforts to impeach him.

Miller’s comments came at the end of the interview, after he discussed immigration and exposed the deep state’s “saboteurs” throughout government, who are attempting to undermine Trump because he is actually delivering for American workers and families.

“It gets to the heart of all these issues, which is you have a president who is fighting for you and fighting for your family against this execrable Washington swamp like no one has ever done before,” Miller said. “Every day, hour by hour, I am blessed and fortunate enough to see it up close and firsthand. No one has ever fought harder for you or more valiantly for you from the Oval Office than this president. We need to support him right now more than ever in the face of radical leftist Democrats and socialists and their allies in the media and in the permanent bureaucracy.”

Freedom from the Hard Left 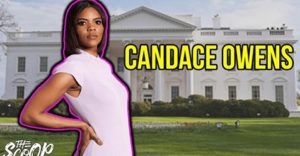 “WATCH: Candace Owens SLAMS DEMOCRATS In Powerful Speech At The White House (VIDEO)” This is an excellent speech full of truth. She is a powerful speaker and has great potential for leadership against the deep state. She can go far with whatever she puts her minds to.

“Candace Owens, popular conservative and co-founder of the #BLEXIT movement, delivered a must-see speech at the White House during the ‘Young Black Leadership Summit’ last week.

Owens slammed Democrats for neglecting black Americans and voiced her support for President Trump. Candace is deservedly a Trump favorite.” 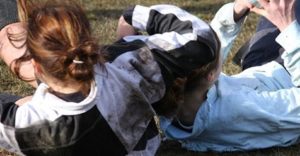 “Broken Bones vs. Hurt Feelings: UK Rugby Refs Quitting After Bearded Transgender ‘Women’ Hurt Female Players” This is a great example of the delusions the Hard Left mind lives under! Because they deny the reality of God and truth, God turns them over to reprobate minds. This is the “fruit” of their reprobate minds.
If this delusion spreads to all female sports, very soon there will be few females in any sports as these phony females takeover.

Genesis 5:1,2 This is the book of the generations of Adam. In the day that God created man, in the likeness of God made he him; Male and female created he them;

“Transgender women in the United Kingdom, who are actually biological males, are ruining the amateur sport of rugby, according to women referees who are quitting the sport in droves. The referees say the transgender women are injuring female players and they are afraid of being sued.

The Sunday Times reports the referees are quitting over the admission and acceptance of the male athletes. “Being forced to prioritize hurt feelings over broken bones exposes me to personal litigation from female players who have been damaged by players who are biologically male. This is driving female players and referees out of the game,” one anonymous referee told the newspaper.

The referees also said they were told not to challenge any bearded or heavily muscled players of any women’s team. The sport does have a testosterone limit. However, referees are told not to check with the league, but to take the players at their word.” 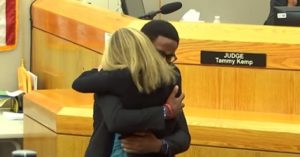 “Teen stuns court – forgives brother’s murderer: ‘Give your life to Christ'” What an incredible story about God’s forgiveness in the face of an awful crime. This is very touching and a must read.

“An 18-year-old’s act of forgiveness stunned a courtroom this week when the young man embraced and forgave the woman convicted of murdering his brother.

Amber Guyger, a former Dallas police officer, received a 10-year sentence on Wednesday for fatally shooting Botham Jean in his home after mistaking it for her own apartment in September 2018.

The teenager continued, acknowledging that he spoke only for himself and not for his family. “I love you just like anyone else and I’m not going to say I hope you rot and die just like my brother did. I personally want the best for you,” he said. “I wasn’t going to ever say this in front of my family or anyone, but I don’t even want you to go to jail. I want the best for you because I know that’s exactly what Botham would want.” 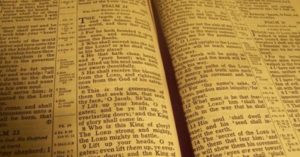 “Judge rules Bible ‘incompatible with human dignity'”This ruling is from Great Britain, but the same Hard Left reprobates are in America and throughout the Western World.
This is an in your face direct challenge to the Lord and his word! The boldness of the reprobate mind against the Lord!
We know from the world this is not going to end well for the reprobates.

“An Employment Tribunal in the United Kingdom has ruled that the biblical doctrine that people are created male and female is “incompatible with human dignity” and those who follow it can be fired from their jobs on that basis. The stunning decision came in a doctor’s challenge to his dismissal for failing to use female pronouns for a man.” 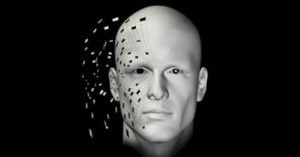 “China requires facial-recognition test to get new mobile number” China now seems to leading the world in developing the 666 system. It is just a matter of time until this identification goes world-wide. The 666 Surveillance System is coming together with no stopping it.

“China is taking every measure it can to verify the identities of its over 850 million mobile internet users.

From Dec. 1, people applying for new mobile and data services will have to have their faces scanned by telecom providers, the Ministry of Industry and Information Technology said in a Sept. 27 statement (link in Chinese).

MIIT said the step was part of its efforts to “safeguard the legitimate rights and interests of citizens in the cyberspace” and to control phone and internet fraud. In addition to the facial-recognition test, phone users are also banned from passing their mobile phone numbers to others, and encouraged to check if numbers are registered under their name without their consent.” 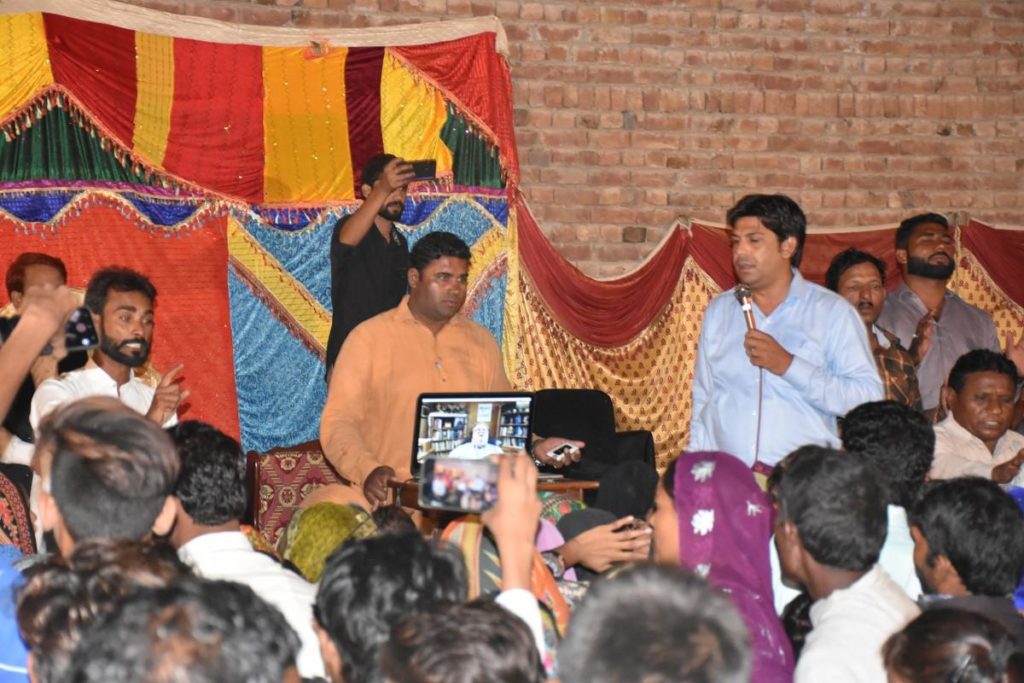 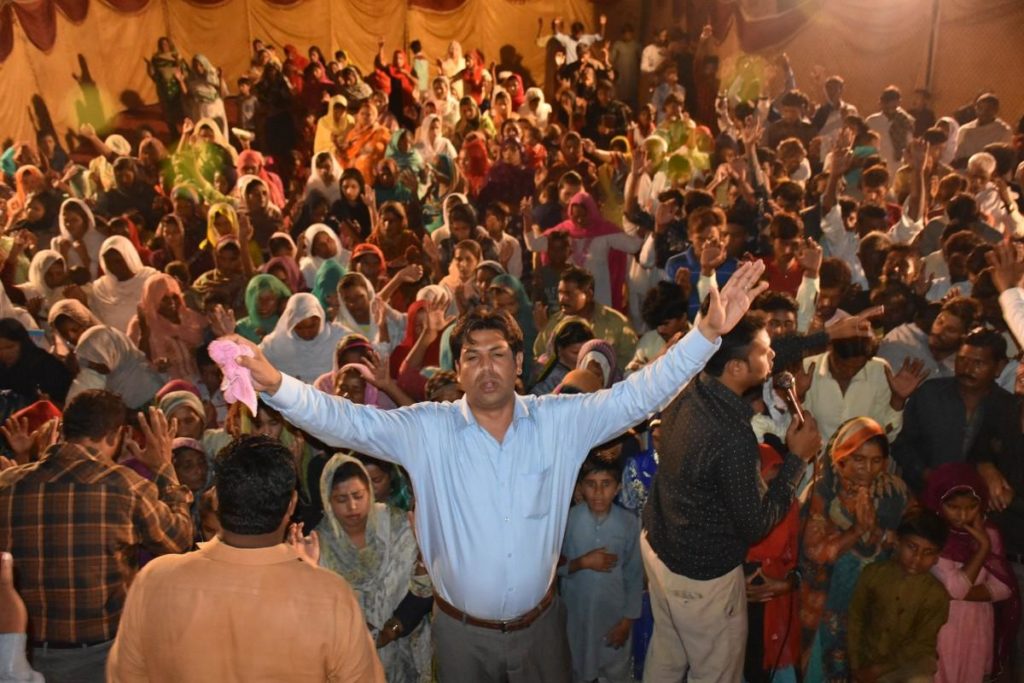