1 Samuel 15:23  For rebellion is as the sin of witchcraft, and stubbornness is as iniquity and idolatry. Because thou hast rejected the word of the Lord, he hath also rejected thee from being king. 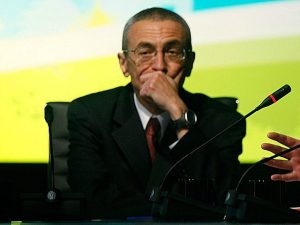 There is only one article in this post because it is so important. But there also is a link to an article about Aleister Crowley that I (Georgann Ryan) wrote tying the occult that is overtaking the music industry, to Crowley, which many will want to read because it gives a good background on the man who has had the greatest influence on our culture of anyone in the last 100 years. Although the article focuses on the music industry, it is relevant because as the article about Wikileaks, below, exposes, top officials in our government are buying into the evil of black magick and satanism as practiced by Crowley.

This is an attempted satanic takeover of our society by the elite establishment, and they are spreading this evil from the top down, turning the culture over to demonic forces which work through them to undermine our entire Judeo-Christian civilization – and it has been having a big effect.

This article on the latest Wikileaks revelations is ugly and shocking by its very nature, and though we’ve known for some time that high-level elites were following an occult, satanic agenda, the Wikileaks release of emails gives us the evidence in black and white, and in their own words!


This is a satanic attempt to overthrow America and pull down the nation which God has raised up.

The Androgynous, Occult Age of Aleister Crowley:  How Deep is the Rabbit Hole and How Did it Begin? (The article about Crowley can be very disconcerting, so I want to warn you about that. Please keep this in mind as you read it.) 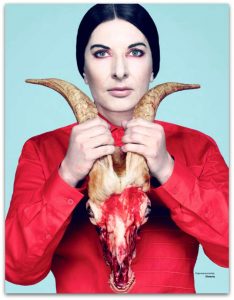 Revelation 9:20 And the rest of the men which were not killed by these plagues yet repented not of the works of their hands, that they should not worship devils, and idols of gold, and silver, and brass, and stone, and of wood: which neither can see, nor hear, nor walk:

“In what is undoubtedly the most bizarre Wikileaks revelation to date, Clinton campaign chairman John Podesta was invited to a “spirit cooking dinner” by performance artist Marina Abramovic, to take part in an occult ritual founded by Satanist Aleister Crowley.

In an email dated June 28, 2015, Abramovic wrote, “I am so looking forward to the Spirit Cooking dinner at my place. Do you think you will be able to let me know if your brother is joining? All my love, Marina.”

Tony Podesta then forwarded the email to his brother John Podesta (Hillary Clinton’s campaign chairman), asking him, “Are you in NYC Thursday July 9 Marina wants you to come to dinner.”

What is “spirit cooking”?

Spirit cooking refers to “a sacrament in the religion of Thelema which was founded by Aleister Crowley” and involves an occult performance during which menstrual blood, breast milk, urine and sperm are used to create a “painting”.

The video embedded…[below] depicts the bizarre nature of the ceremony. Abramovic mixes together thickly congealed blood as the “recipe” for the “painting,” which is comprised of the words, “With a sharp knife cut deeply into the middle finger of your left hand eat the pain.”

The ceremony is, “meant to symbolize the union between the microcosm, Man, and the macrocosm, the Divine, which is a representation of one of the prime maxims in Hermeticism “As Above, So Below.”

“Abramovic is known for her often-gory art that confronts pain and ritual. Her first performance involved repeatedly, stabbing herself in her hands. The next performance featured her throwing her nails, toenails, and hair into a flaming five-point star — which she eventually jumped inside of, causing her to lose consciousness,” writes Cassandra Fairbanks.

Another image shows Abramovic posing with a bloody goat’s head – a representation of the occult symbol Baphomet.

The revelation that John Podesta, Hillary Clinton’s campaign chairman, is presumably interested in weird, gory occult ceremonies was too juicy for even Wikileaks to ignore.

“The Podestas’ “Spirit Cooking” dinner? It’s not what you think. It’s blood, sperm and breastmilk. But mostly blood,” the organization tweeted.”