Matthew 18:6  But whoso shall offend one of these little ones which believe in me, it were better for him that a millstone were hanged about his neck, and that he were drowned in the depth of the sea.

This is an important case because it shows how far the legal system, in the grip of the Hard Left, is willing to go to enforce homosexual ‘rights’ – even in cases where the welfare of children is as stake. After having her civil union dissolved and returning to faith in Christ, Lisa Miller was ordered to give her former ‘partner,’ Janet Jenkins, visitation with Miller’s child Isabella. At first she did so, but after the child began reporting troubling events at Jenkins’ home and began to plead not to return, Miller did the only thing she could to protect her child. She fled, first to Canada and then to Nicaragua, where they’ve been sheltered by Mennonite missionaries.

For assisting her, Mennonite Pastor Kenneth Miller (no relation) was charged with aiding and abetting in international kidnapping and currently is serving 27 months in federal prison. Now a second man, businessman Philip Zodhiates is also set to go on trial for the same crime, helping Lisa and her child flee the country. Please pray for these courageous men who were willing to stand up to help protect this woman and her child – and pray for Lisa and Isabella Miller as well.

Psalm 82:3  Defend the poor and fatherless: do justice to the afflicted and needy. 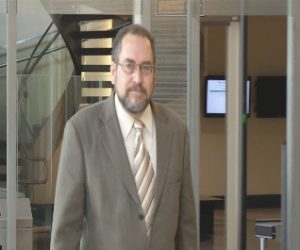 Trial Set for Second Man Accused of Helping Ex-Lesbian Flee Country With Daughter 09/19/16  Please take the time to read this article, set forth in full, below. It shows just how perverted the American legal system is and how dangerous it has become to believers. I can’t go into the details, but after reading this it will numb your mind.

BUFFALO, N.Y. — A trial has been set for a second man accused of aiding an ex-lesbian turned professing Christian who fled the country with her daughter seven years ago to avoid a situation she found harmful to her child.

Philip Zodhiates of Waynesboro, Virginia is charged with international parental kidnapping and conspiracy for allegedly driving Lisa Miller and her then seven-year-old child from Virginia to New York, where she crossed over into Canada before fleeing to Nicaragua.

“This case is about religious intolerance of same-sex relationships,” prosecutorial filings state, according to the Associated Press. He “helped [Miller] break the law by taking Isabella outside the country in the name of those strong religious views.”

As previously reported, the situation began in 2000, when Lisa Miller, then a homosexual, joined in a civil union with lesbian Janet Jenkins in the state of Vermont. Following an artificial insemination procedure, Miller gave birth to baby Isabella in 2002.

In 2003, Miller and Jenkins split, and Miller moved to Virginia. She renounced homosexuality and reportedly turned to Jesus Christ for salvation. When the civil union was officially dissolved, the court gave custody to Miller, while also granting visitation rights to Jenkins.

While Miller did allow Isabella to spend time with Jenkins for a while, she reportedly became very concerned at the information that her daughter was providing to her following the visitations.

Later, Miller testified to the court that the visits were causing great trauma to Isabella. She claimed that at six years old, the girl was forced to take baths together with Jenkins, and that the girl was openly touching herself inappropriately. She also stated that Isabella was withdrawn and talked about suicide at times.

“Isabella came home and said, ‘Mommy, will you please tell Janet that I don’t have to take a bath anymore at her house,’” Miller told reporters in 2008. “I asked her what happened. She said, ‘Janet took a bath with me.’ I asked her if she had a bathing suit on. ‘No, Mommy.’ She had no clothes on and it totally scared Isabella. She had never seen this woman except once in 2 ½ years and she takes a bath with her.”

“Last year, Isabella put a comb up to her neck and said she wanted to kill herself after one of the visits,” she outlined. “She took a comb and pressed it into her neck and said, ‘I want to kill myself.’ I don’t know where she got that. It was immediately after a visit. Other people have seen huge changes.”

Miller then filed for exclusive custody of Isabella, and the court agreed. However, Jenkins fought the ruling all the way up to the Virginia Supreme Court, which in 2008, ruled in favor of granting Miller’s former lesbian partner visitation rights. Miller refused.

The following year, family court judge Richard Cohen warned Miller that she must allow Isabella to visit Jenkins and threatened that if she did not do so, he would transfer full custody to Jenkins. In November 2009, Cohen followed through with his threats and ordered Miller to hand the child over to Jenkins.

However, Miller had fled the country with Isabella before he issued the transfer order, and for some time, none knew the whereabouts of the two. It was later discovered that they had fled to Nicaragua via the help of a number of Mennonite Christians and their contacts.

Kenneth Miller of Stuarts Draft, Virginia (no relation) is currently serving 27 months behind bars on international kidnapping charges for helping Miller. Now, Zodhiates is facing similar charges, and jury selection in his case is scheduled to take place in Buffalo, New York on Sept. 20. He had been indicted in 2014 and pleaded not guilty.

American missionary to Nicaragua, Timothy Miller—no relation to any in the case—has also allegedly been arrested in Nicaragua. He had originally been indicated, but had the charge dismissed after agreeing to work with authorities. He was accused of helping with Miller’s travel arrangements from Canada to Nicaragua.

Psalm 119:121  I have done judgment and justice: leave me not to mine oppressors.