Pizzagate (Pedophilia) Is Real: Something Is Going On, But What?

This is nothing short of nauseating – the Wikileaks release of Podesta’s emails make clear that there is satanic ritual abuse of children going on through Comet Ping Pong Pizza and an underground network- the emails were in back & white, in their own words. Now the mainstream media is working overtime to try and debunk the reality of all this and make the pedophiles sound like victims… Is the entire Hard Left structure wired into pedophilia? Is this occurring with both the Democrats and Republicans?

Pizzagate Is Real: Something Is Going On, But What? 11/27/16  There is something to this because Wikileaks pulled the cover off of it. We need to cry out to the Lord for him to reveal the full corruption in Washington, and for the safety of Julian Assange, the Wikileaks founder who sent out messages fearing for his life, and who has not been seen or heard from for over a month.

“Reddit users are speculating that weird codes are being used for something sinister, but for what exactly?”

See our earlier blog all about Pizzagate for more information and must-see videos: PIZZAGATE and the Worldwide Elite Pedophile Network 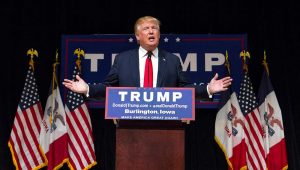 Did millions of illegal aliens vote in 2016, as Donald Trump alleges?

Trump Is Right — Millions Of Illegals Probably Did Vote In 2016 11/29/16  With states like New York and California being sanctuary states, there is no doubt that massive numbers of illegal aliens voted in this election.  Whatever is corrupt the Democrats flow to it. They are evil to their core.

“Really? That’s simply preposterous, frankly, as anyone who has lived in California can attest. Leftist get-out-the-vote groups openly urge noncitizens to vote during election time, and the registration process is notoriously loose. To suggest there is no illegal voting at all is absurd.
What’s appalling, as we said, is not the media’s skepticism, but its denial. But why? Illegal votes shouldn’t be allowed to sway U.S. elections. So why tolerate them?
When the far left began insinuating that the Russians had hacked the election, the media treated the nonsupported claims with the utmost of respect. They still do. But not Trump’s suggestion that illegals voted, and in large numbers, mainly for Democratic candidates, including Hillary Clinton.
And, yes, Trump is right: Illegal votes may in part explain why Hillary now has a nearly two-million-vote lead in the popular vote, even though she lost convincingly in the Electoral College. A Pew Research Poll earlier this year found that 53% of the Democratic Party supports letting illegals vote, even though it’s against the law. It’s pretty clear why.” 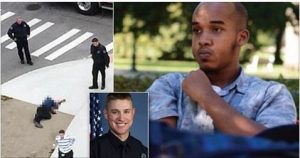 Ohio state knifeman ranted about how he was ‘sick and tired of seeing my fellow Muslim brothers being killed and tortured’ on social media hours before wounding 11 11/28/16  This is a really good article about the Muslim attacker. It gives all sorts of information with lots of pictures.

This was Jihad but Obama remains silent. When Trump takes over there is a big change coming toward the Muslims, and I have a feeling that lots of truth is going to spoken about what Islam really is.

“Abdul Razak Ali Artan has been identified as the assailant behind a stabbing attack at OSU’s Columbus campus Monday morning
He has been described as a Somali refugee and a logistics management student at the school
Fire alarm was pulled at Watts Hall just before 10am and Artan reportedly mowed down evacuating students and staff with his car
He then got out of the vehicle and started slashing victims with a knife injuring 11 – including one critically
Responding OSU police officer Alan Harujko, 28, shot Artan dead after he failed to respond to commands
Two other men were taken from the scene in handcuffs, but police now believe there was only one attacker
The shelter in place was lifted just after 11:30am
Attack comes after ISIS’ call for jihadists to use knife attacks as they’re the most widely available weapons
Authorities are instigating Facebook post, allegedly made by Artan, which warned America to ‘stop interfering with other countries if you want us Muslims to stop carrying lone wolf attacks’
The posts also mention radical cleric Anwar Awlaki and states that Artan is ‘sick and tired of seeing my fellow Muslim brothers and sisters being killed and tortured EVERYWHERE. I can’t take it anymore'” 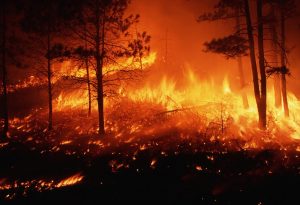 Unleash Hell’: New Al Qaeda magazine describes in detail how to start huge forest fires across the U.S..with instructions on how to make ’ember bombs’ 11/29/16  Israel was just attacked by an arson Jihad and now we have this massive fire in Tennessee that came out of no where. It makes me wonder if this an arson Jihad starting in America? The fires were just put out in Israel and now there are massive fires in the USA! It makes me think there is a Jihad connection.

“Al Qaeda has called upon its followers to unleash massive forest fires upon the United States this summer. Published in the latest edition of the notorious terror magazine, ‘Inspire’, are graphic instructions for the creation and ignition of ’ember bombs’
Detailed in the memorably titled, ‘It is of your Freedom to Ignite a Firebomb’, the magazine encourages any would-be terrorist to target Montana, because of the rapid population growth in its wooded areas. ‘In America, there are more houses built in the countryside than in the cities,’ explained the writer known as The AQ Chef according to ABC News. ‘It is difficult to choose a better place than in the valleys of Montana.'” 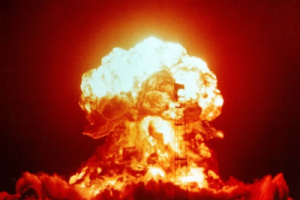 Muslim cleric: We should take nuclear weapons and use them in service of Islam, and eliminate Jewish state 11/29/16  Apparently, there is no problem with a prominent Muslim cleric talking about using nuclear weapons against Israel! This is not idle talk from the Muslims because they mean it. Islam is not going to survive the coming war with Israel. 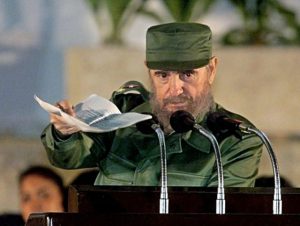 Leftist Professors Across U.S. Mourn Fidel Castro’s Death 11/29/16  We are at war with these people. They love a brutal dictator like Castro and justify all his murder and cruelty, and yet they try and call us racists etc., and claim how dangerous we are!

Their minds really are damaged, and they are ideologues who no longer can think. They really do “love” Castro because they are just like him. Our colleges are full of people who think like this and they are very dangerous people. 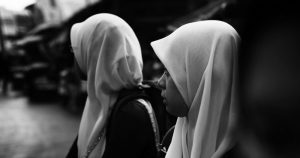 CNN Anchor Urges American Women to Wear Hijabs 11/29/16  The insanity of the Hard Left is open for all to see. God has given them over to a self destructive mentality that is in the realm of bizarre. This is what happens when a person lives a life with a reprobate mind. They are judged by God and have NO idea. We can clearly see it but they are 100 blinded by their rebellious minds. This reminds me of the way God dealt with King Nebuchadnezzar. He went insane and lived like an animal for 7 years. Insanity now has settled in the minds of many of the Hard Left in America.

Daniel 4:32  And they shall drive thee from men, and thy dwelling shall be with the beasts of the field: they shall make thee to eat grass as oxen, and seven times shall pass over thee, until thou know that the most High ruleth in the kingdom of men, and giveth it to whomsoever he will. (33) The same hour was the thing fulfilled upon Nebuchadnezzar: and he was driven from men, and did eat grass as oxen, and his body was wet with the dew of heaven, till his hairs were grown like eagles’ feathers, and his nails like birds’ claws.

“Claiming discrimination against Muslim women is on the rise following the election of Donald Trump as president, CNN’s Alisyn Camerota told Chris Cuomo:
“Maybe there will be a movement where people wear the head scarf in solidarity. You know, even if you’re not Muslim.”
“Maybe it’s the way people shave their heads, you know, sometimes in solidarity with somebody who is going through something.” 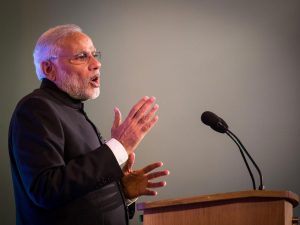 Indian prime minister Narendra Modi said his government understands how millions have been affected by the ban on 500 and 1,000 rupee notes, but used his monthly radio address to defend the policy

India to become ‘cashless society’, PM Narendra Modi hints 11/28/16  All I can say is WOW!!! The Indian government is stripping the entire country of cash and forcing people into the digital system whether they like it or not! India has 1.2 billion people or 30% of the world’s population. People are going to die because of this, and an untold amount of businesses are going to close.

This is a forerunner of what is coming to the entire world when the New World Order crowd takes over. There is no doubt under the “right” political leadership it will happen in America. These people are ruthless and will stop at nothing to advance their godless agenda and world domination.

“Indian prime minister Narendra Modi has called for the nation to become a cashless society. Mr Modi urged his country’s small traders and daily wage earners to embrace digital payments.
Speaking in his monthly address on national radio, Mr Modi said the government understands millions have been affected by the ban on 500 and 1,000 rupee notes, but defended the policy.
The move is an attempt to fill Mr Modi’s election promise of curbing tax evasion and unaccounted wealth.
“I want to tell my small merchant brothers and sisters, this is the chance for you to enter the digital world,” Mr Modi said”
See my blog:  666 Surveillance System

Caves in which Jewish rebels hid from Romans 2,000 years ago found in Galilee 11/29/16  This was a very interesting article about the history of the Second Jewish war against Rome. If you like history, this is an excellent article to read.

“While surveying natural limestone caves in the Galilee, scientists have discovered hundreds of limestone caves in which Jews hid when Roman troops came marching through 2,000 years ago, during the Great Jewish Revolt (66-70 CE).
Extensive embellishment such as baths and candle niches carved into the rock show that the caves had been prepared for extensive habitation.
Water cisterns carved into the rock, as well as pitchers, pottery shards, coins, and other artifacts dating to the 1st century C.E. were found in many of the cliff shelters, say Dr. Yinon Shivtiel from the Safed Academic College and Vladimir Boslove of the Israeli Cave Research Center. The work was funded by the Safed Academic College Research Foundation.
The Jewish historian Josephus wrote extensively about the Roman-Jewish wars. Some historians have wondered whether he didn’t embellish his role in the Jewish uprising, glorifying his own actions. But the discoveries of the caves in the Galilee, which were made over a period of years, lend credence to his accounts.”

Ephesians 6:12  For we wrestle not against flesh and blood, but against principalities, against powers, against the rulers of the darkness of this world, against spiritual wickedness in high places.